Peterborough in Peterborough (England) with it's 163,379 citizens is a place in United Kingdom about 74 mi (or 119 km) north of London, the country's capital city.

Current time in Peterborough is now 02:22 PM (Monday). The local timezone is named Europe / London with an UTC offset of one hour. We know of 12 airports near Peterborough, of which 5 are larger airports. The closest airport in United Kingdom is RAF Wyton in a distance of 16 mi (or 26 km), South. Besides the airports, there are other travel options available (check left side).

There are several Unesco world heritage sites nearby. The closest heritage site in United Kingdom is Derwent Valley Mills in a distance of 33 mi (or 54 km), North. Also, if you like playing golf, there are a few options in driving distance. If you need a hotel, we compiled a list of available hotels close to the map centre further down the page.

While being here, you might want to pay a visit to some of the following locations: Eye, Marholm, Newborough, Peakirk and Glinton. To further explore this place, just scroll down and browse the available info. 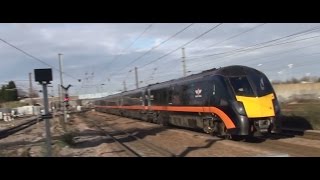 A choice day trip from my usual patch in Worcestershire, all the way across the belt of the UK to Peterborough, to visit the East Coast Main Line. Peterborough hosts a mass variety of traffic... 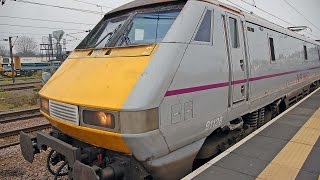 Footage from a day visit to Peterborough station to meet up with Brad aka Greensleeves94, and later Hayden aka HomeMoviePerson. A quiet Saturday overall, but a couple of bonuses in the shape... 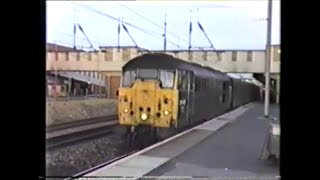 Carrying on from where we left off in Part One, in this second half there's : more parcel trains with Class 31's and Class 47's; Railfreight Class 37's, Class 56, and Class 60 on various freight... 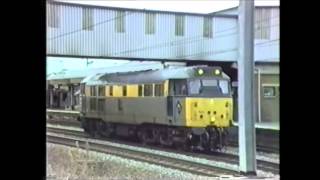 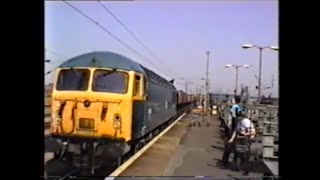 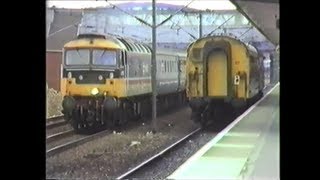 Peterborough station on a May 1989 morning with a variety of Class 47's seen along with Class 56's, a Class 37, couple of newly introduced Class 91's(including one of Mk1 charter stock), Class... 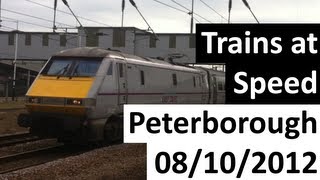 A variety of services heading North and South at Peterborough station in the East of the United Kingdom. Trains include: East Coast 91s, 82s, HSTs, Grand Central 180s and HSTs, Hull Trains... 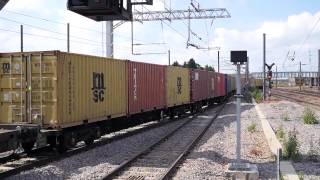 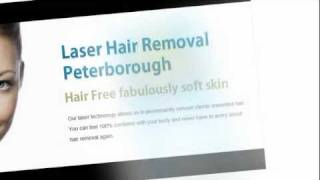 102.7 Heart Peterborough (formerly Hereward FM) was an Independent Local Radio station for Peterborough, Boston, King's Lynn, Cambridgeshire, south Lincolnshire and west Norfolk. Launched on 10 July 1980 as Hereward Radio 225, the station was the first local service in the area, with the studios originally based in the back of a former pub in Bridge Street, Peterborough, before relocating to the Queensgate Shopping Centre in the city in 1987.

The Queensgate shopping centre in the United Kingdom, is situated at Peterborough city centre in Cambridgeshire. It was opened by Queen Beatrix of the Netherlands on 9 March 1982 and contains over 90 stores and parking for 2,300 cars. Queensgate bus station is adjacent to the shopping centre and only a short walk from Peterborough railway station, a major interchange. Peterborough Shopmobility provide wheelchairs and electric scooters to help those with limited mobility.

Ross Parker (17 August 1984 – 21 September 2001), from Peterborough, England, was a 17 year old ]]English male murdered in an unprovoked racially motivated crime. He was stabbed to death and beaten with a hammer by a gang of youths of Pakistani background who were seeking a white male to attack. The incident occurred in Millfield, Peterborough, ten days after the 11 September attacks.

Located at 52.5781, -0.250048 (Lat. / Lng.), about 0 miles away.
Wikipedia Article, Homepage
2001 in England, 2002 in England, Aftermath of the September 11 attacks, Crime in Cambridgeshire, Hate crimes, History of Peterborough, Murder in 2001, People murdered in England, Racially motivated violence in England, Racism in the United Kingdom

Railworld is a Transport & Environment Centre in Peterborough. It is located beside the Peterborough Nene Valley railway station, but it is a separate organisation. Railworld has a superb model railway, tranquil nature haven and so much more.

Peterborough District Hospital in the United Kingdom was the acute general district hospital serving the city of Peterborough and north Cambridgeshire, areas of east Northamptonshire and Rutland. Located on Thorpe Road and West Town, it was decommissioned in 2010, with services transferring to the new Peterborough City Hospital. The War Memorial Hospital, which opened on Midland Road in 1928, was transferred to the National Health Service in 1948, coming under No.

Located at 52.5735, -0.2546 (Lat. / Lng.), about 0 miles away.
Wikipedia Article, Homepage
Buildings and structures in Peterborough, NHS hospitals, Hospitals in Cambridgeshire, Hospitals established in 1928

Peterborough Museum and Art Gallery houses the historical and art collections of the city of Peterborough in the United Kingdom.

Boroughby (archaically, the Manor of Boroughby) was an area lying adjacent to Peterborough city centre, immediately to the north of Westgate, in the present-day county of Cambridgeshire in the United Kingdom. Monk's Tithe Barn was built at Boroughby in 1307. In 1892, the mediaeval barn was destroyed "for the sake of its materials and for the ground on which it stood."

The Bull Hotel is a 17th century AA 4-star hotel in the Westgate neighbourhood of Peterborough, Cambridgeshire, opposite the Queensgate Shopping Centre. The Bull Hotel, a Grade II listed building, is the premier hotel in Peterborough, and is the only AA recognised 4 star hotel in the city centre. It has served as a notable conference location for middle England, with a capacity of 250. The hotel has 118 rooms and is served by The Brasserie and the Pastroudis Bar and Cafe.

These are some bigger and more relevant cities in the wider vivinity of Peterborough.

Spherical With Support From Barracuda + The Portland
Starting at: 08:15 pm (20:15).
More Information: eventful.com.

Panic At The Emo Club Night
Starting at: no exact start time given.
More Information: eventful.com.