Boxley in Kent (England) is located in United Kingdom about 32 mi (or 52 km) south-east of London, the country's capital.

Local time in Boxley is now 01:20 AM (Sunday). The local timezone is named Europe / London with an UTC offset of zero hours. We know of 11 airports in the wider vicinity of Boxley, of which 5 are larger airports. The closest airport in United Kingdom is Rochester Airport in a distance of 4 mi (or 6 km), North-West. Besides the airports, there are other travel options available (check left side).

There are several Unesco world heritage sites nearby. The closest heritage site in United Kingdom is Royal Botanic Gardens, Kew in a distance of 16 mi (or 26 km), North-West. Also, if you like golfing, there are multiple options in driving distance. We found 1 points of interest in the vicinity of this place. If you need a place to sleep, we compiled a list of available hotels close to the map centre further down the page.

Depending on your travel schedule, you might want to pay a visit to some of the following locations: Maidstone, Rochester, Halling, Cuxton and Yalding. To further explore this place, just scroll down and browse the available info.

Come along and join us on our holiday adventures! We went to Majorca for a week from the 7-14th June 2014. This was our first of hopefully many family holidays to come, enjoy :) Follow us... 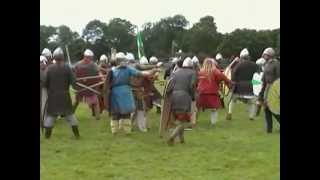 Follow us on our BLW journey! Indiana turned 6 months on Monday 26th May and is fast becoming a pro at eating! This week she's enjoyed such as porridge, pasta and ham! Follow us on instagram:...

A month in and we are well into our journey! Indiana now can pick up food off her tray (or eat with her spoon) and chew and swallow! She's loving food now. Follow us on instagram: emilyandindiana... 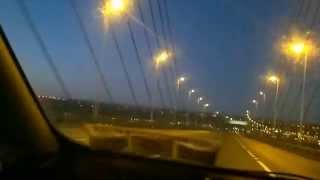 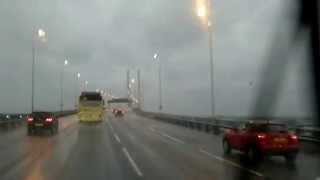 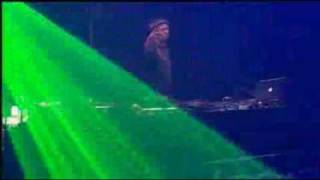 Behind the scenes at Radio 1 Big Weekend. Held at the Maidstone Studios, the country's largest independantly owned Televsion Studio. www.maidstonestudios.com. 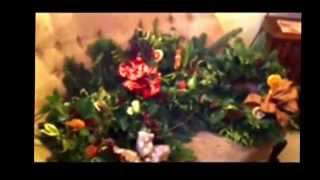 How to make a floral Wreath

Events and more! How to make a floral Wreath for Christmas Time. Esthersuz Cats&Dogs blog is a channel not just about Cats&Dogs ! Siamese cranky cat Mr Beanz and Shihtzu Barclay the cute... 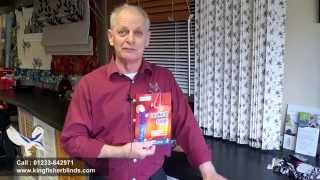 Child Safety Blinds Kent - http://www.KingfisherBlinds.com/ At Kingfisher we produce only the best child safety blinds in Kent. It is important to us that our blinds keep your children safe;...

Smythe's Megalith or the Warren Farm Chamber is the name given to a now lost Neolithic tomb on Blue Bell Hill north of Maidstone in the English county of Kent. The site was probably one of the Medway megaliths, it was around 300 metres NNE of the White Horse Stone on the edge of Westfield Wood. It was rediscovered in 1823 by farm workers.

The Maidstone Studios, formerly called TVS Television Centre, is a television studio complex with radio studio facilities based at Vinters Park in Maidstone, Kent UK. It has been home to a varied selection of independent British television programming including quiz shows, such as the original run of Catchphrase and popular children's shows such as CITV's Art Attack. From 2011, the Maidstone Studios is the home of popular ITV dating show Take Me Out.

HM Prison Maidstone is a Category C men's prison, located in Maidstone, Kent, England. The prison is operated by Her Majesty's Prison Service.

Boxley Abbey in Boxley, Kent, England was a Cistercian monastery founded in 1143-46 by William Ypres, Earl of Kent, and colonised by monks from Clairvaux Abbey in France. Some of its ruins survive, some four miles north-east of Maidstone.

Westfield Wood is a woodland reserve located immediately south of Chatham in Kent, England. It is an Area of Outstanding Natural Beauty and Site of Special Scientific Interest.

Grove Green is a suburban housing development, partially forming a part of Weavering village, near the town of Maidstone in Kent, England. The estate is also near the village of Bearsted and is convenient for the M20 motorway making its homes keenly sought after by London commuters. For young people, there is a youth group, and Grove Green Scout Group. The name 'Grove Green' can be traced back to at least the early 20th century, as seen in ordnance survey maps of the time.

St Mary's and All Saints is a parish church in Boxley, Kent begun in the 13th century and with additions in the 14th and 15th centuries. The church was restored in the 1870s. It is a Grade I listed building.

The Bluebell Hill transmitting station is a broadcasting and telecommunications facility located at Blue Bell Hill between Maidstone and Rochester in the English county of Kent. The station has five steel lattice towers, each 45 to 50 metres high. It broadcasts digital television, FM and DAB radio to much of north and central Kent, and an overspill service for southern Essex. It stopped broadcasting analogue television when the digital switchover occurred on 27 June 2012.

These are some bigger and more relevant cities in the wider vivinity of Boxley.