Saltash in Cornwall (England) with it's 15,566 inhabitants is a city in United Kingdom about 194 mi (or 312 km) south-west of London, the country's capital.

Local time in Saltash is now 07:48 AM (Wednesday). The local timezone is named Europe / London with an UTC offset of one hour. We know of 11 airports in the vicinity of Saltash, of which 5 are larger airports. The closest airport in United Kingdom is Plymouth City Airport in a distance of 5 mi (or 9 km), East. Besides the airports, there are other travel options available (check left side).

There are two Unesco world heritage sites nearby. The closest heritage site in United Kingdom is Cornwall and West Devon Mining Landscape in a distance of 26 mi (or 41 km), South-West. Also, if you like golfing, there are multiple options in driving distance. If you need a place to sleep, we compiled a list of available hotels close to the map centre further down the page.

Depending on your travel schedule, you might want to pay a visit to some of the following locations: Millbrook, Pillaton, Plymouth, South Hill and North Hill. To further explore this place, just scroll down and browse the available info. 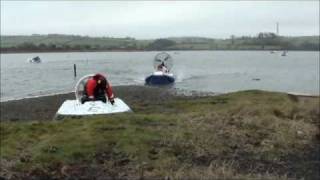 christmas cruise 2010 from the shore

shore based footage of the 2010 chistmas cruise in the tamar valley The white craft with the £££'s on has the camera mounted on the front for my other Videos. 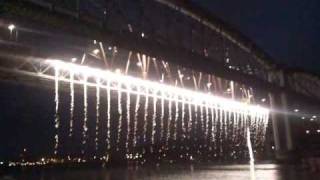 Celebrating 150 years of the Royal Albert Bridge founded in 1859 (by Isambard Kingdom Brunel), a grand firework display lit the bridge up in a Sydney Harbour Bridge style display on Saturday,... 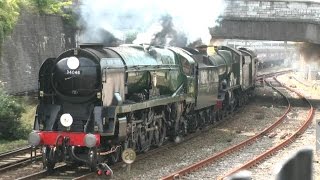 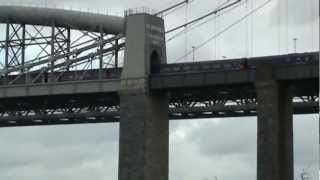 Brunels Magnificent Saltash bridge over the River Tamar. After a shot of the bridge we see a First Great Western HST crossing the bridge in to Devon. 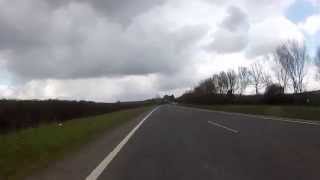 PC with broadband viewing tip: Use the "Change quality" on the bottom menu of this video to at least 1080p HD then view in "Full screen" format, turn on your sound and enjoy! Motorcycle ride... 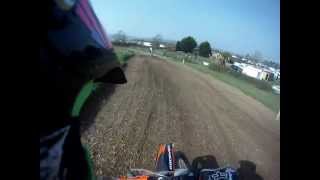 the second session at pcmp, not a mental rider, just in it for the fun.. had to stop at the end as my friend slid out and i dint think it was fair to leave him haha. 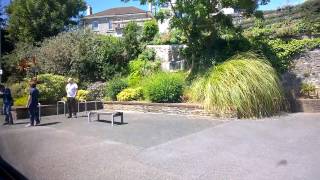 Train Service From Penzance To Plymouth Calling At Saltash. 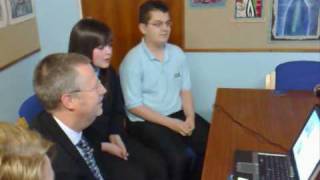 Webcam link from Saltash.net Community School to the Innovative Teachers Forum in Vienna where teacher Dan Roberts gave a talk to delegates about his Recharge The Battery Scheme of Work and. 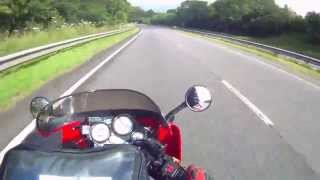 Saltash to Liskeard motorcycle ride from Burraton traffic lights to outskirts of Lskeard where rain stopped play, well atleast for the camera anyhow. The helmet camera is a Drift HD170 fixed... 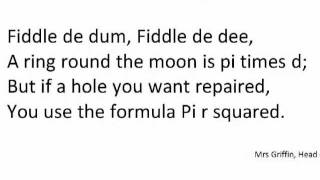 A selection of poems submitted by students at saltash.net.

The Tamar Bridge is a major road bridge at Saltash in southwest England carrying traffic between Cornwall and Devon over the River Tamar. When it opened in 1961 it was the longest suspension bridge in the United Kingdom. In 2001 it became the world's first suspension bridge to be widened (from three to five lanes) using cantilevers, and the world's first bridge to undergo strengthening and widening work while remaining open to traffic.

Located at 50.4081, -4.20339 (Lat. / Lng.), about 1 miles away.
Wikipedia Article, Homepage
Bridges completed in 1961, Bridges in Devon, Buildings and structures in Plymouth, Devon, Bridges in Cornwall, Suspension bridges in the United Kingdom, Toll bridges in England, Transport in Plymouth

The Royal Albert Bridge is a railway bridge that spans the River Tamar in England, United Kingdom between Plymouth, on the Devon bank, and Saltash on the Cornish bank. Its unique design consists of two 455 feet lenticular iron trusses 100 feet above the water, with conventional plate-girder approach spans. This gives it a total length of 2,187.5 feet . It carries the Cornish Main Line railway in and out of Cornwall. It was designed by Isambard Kingdom Brunel.

Saltash United Football Club is an English semi-professional football club based in Saltash, Cornwall that plays in South West Peninsula League Premier Division. Since its formation in 1946, the club has won three Western Football League Premier Division titles, one Western Football League Division One title and two South Western League titles. The club crest adopts the heraldic seal used by the town of Saltash for many centuries.

The Saltash Tunnel is a road tunnel on the A38 at Saltash in Cornwall, UK and was opened in 1988. The central lane operates as a reversible lane to cope with holiday and rush hour traffic and the speed limit is 30 mph. The tunnel is used by more than 38,000 motorists per day and is 410 m long. It was designed by Mott, Hay and Anderson, built by Balfour Beatty, and has a design life of at least 100 years.

Churchtown Farm is a community nature reserve one mile south of Saltash, Cornwall, United Kingdom. It is owned and managed by Cornwall Wildlife Trust, and includes diverse habitats such as grassland, estuarine mudflats, wetland, woodland, disused quarries and hedgerows. Situated within the Tamar Valley AONB, and positioned between the rivers Tamar and Lynher as well as Forder Creek, the majority of the reserve is farmland. This includes hay meadows and arable fields.

Located at 50.3978, -4.2277 (Lat. / Lng.), about 1 miles away.
Wikipedia Article
Nature reserves of the Cornwall Wildlife Trust, Nature reserves in England, Farms in Cornwall

Carkeel is a village near Saltash in Cornwall, England, UK.

Forder is a village near Saltash in Cornwall, England, UK. Forder viaduct was formerly at Milepost 252.25, 1.25 miles west of Saltash . It was a Class C viaduct 67 feet high and 606 feet long on 16 trestles. It was demolished after the line was diverted to a more inland alignment on 19 May 1908.

South Pill is a village in East Cornwall, England, the word "Pill" deriving from a tidal pool related to the estuary of the River Tamar.

These are some bigger and more relevant cities in the wider vivinity of Saltash.

This place is known by different names. Here the ones we know:
Saltash, Essa, سالتش