Gatano
in Province of Pisa of Tuscany, Italy

Gatano in Province of Pisa (Tuscany) with it's 38 inhabitants is a city in Italy about 167 mi (or 269 km) north-west of Rome, the country's capital.

Local time in Gatano is now 10:37 PM (Saturday). The local timezone is named Europe / Rome with an UTC offset of 2 hours. We know of 11 airports in the vicinity of Gatano, of which 5 are larger airports. The closest airport in Italy is Pisa / San Giusto - Galileo Galilei International Airport in a distance of 5 mi (or 7 km), South. Besides the airports, there are other travel options available (check left side).

There are several Unesco world heritage sites nearby. The closest heritage site in Italy is Piazza del Duomo, Pisa in a distance of 2 mi (or 3 km), South. We found 5 points of interest in the vicinity of this place. If you need a place to sleep, we compiled a list of available hotels close to the map centre further down the page.

Depending on your travel schedule, you might want to pay a visit to some of the following locations: San Giuliano Terme, Vecchiano-Nodica, Pisa, Calci and Massarosa. To further explore this place, just scroll down and browse the available info. 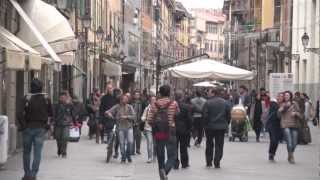 http://tourvideos.com/ When you arrive in Pisa by train it is very easy and enjoyable to walk to the Leaning Tower from the train station. It only takes 30 minutes and brings you through... 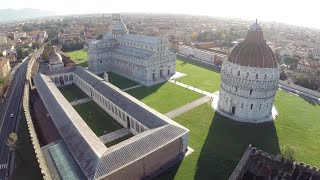 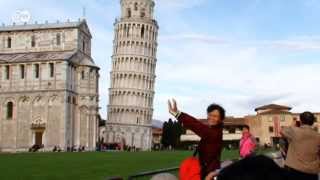 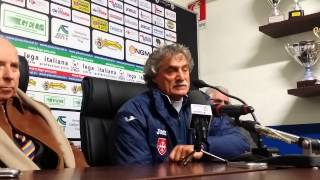 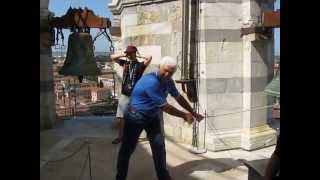 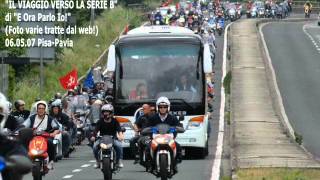 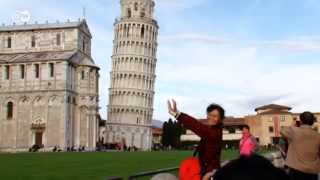 Out and About in Pisa | Euromaxx city

There's more to Pisa than it's famous Leaning Tower. Join Euromaxx for a tour of this lively Tuscan city. Read more: http://www.dw.de/program/euromaxx/s-7555-9798. 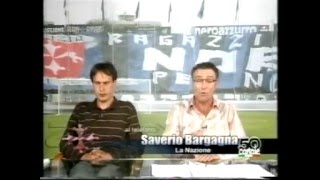 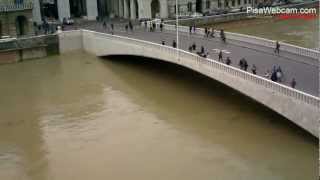 The Piazza del Duomo ("Cathedral Square") is a wide, walled area to the north of central Pisa, Tuscany, Italy, recognized as one of the main centers for medieval art in the world. Partly paved and partly grassed, it is dominated by four great religious edifices: the Duomo (cathedral), the Campanile, the Baptistry and the Camposanto. It is otherwise known as Piazza dei Miracoli ("Square of Miracles").

The Baptistry of St. John (Italian: Battistero di San Giovanni) is a religious building in Pisa, Italy. It started construction in 1152, in replacement of an older baptistry, and completed in 1363. It is the second building, in the chronological order, in the Piazza dei Miracoli, near the Cathedral and the famous Leaning Tower.

The Campo Santo, also known as Camposanto Monumentale ("monumental cemetery") or Camposanto Vecchio ("old cemetery"), is a historical edifice at the northern edge of the Cathedral Square in Pisa, Italy. "Campo Santo" can be literally translated as "holy field", because it is said to have been built around a shipload of sacred soil from Golgotha, brought back to Pisa from the Fourth Crusade by Ubaldo de' Lanfranchi, archbishop of Pisa in the 12th century.

San Tommaso delle Convertite is a small church in Pisa, Italy. Documents take note of a church adjacent to an annexed hospital in 1160. In 1610, the grand-duchess of Tuscany Christina of Lorraine, commissioned the convent to house rescued (converted) prostitutes, hence the name. The church and its façade were rebuilt in 1756-1758 by Camillo Marracci using designs by Ignazio Pellegrini. The church ceiling has the symbols of the patron, Christina of Lorraine.

These are some bigger and more relevant cities in the wider vivinity of Gatano.

This place is known by different names. Here the ones we know:
Gatano