Paris 19 Buttes-Chaumont in Paris (Île-de-France Region) is a city in France a little north-east of Paris, the country's capital city.

Local time in Paris 19 Buttes-Chaumont is now 04:50 PM (Tuesday). The local timezone is named Europe / Paris with an UTC offset of 2 hours. We know of 8 airports in the vicinity of Paris 19 Buttes-Chaumont, of which 5 are larger airports. The closest airport in France is Paris-Le Bourget Airport in a distance of 7 mi (or 11 km), North-East. Besides the airports, there are other travel options available (check left side).

There are several Unesco world heritage sites nearby. The closest heritage site in France is Paris, Banks of the Seine in a distance of 4 mi (or 7 km), West. Looking for a place to stay? we compiled a list of available hotels close to the map centre further down the page.

When in this area, you might want to pay a visit to some of the following locations: Paris, Saint-Denis, Bobigny, L'Hay-les-Roses and Nogent-sur-Marne. To further explore this place, just scroll down and browse the available info. 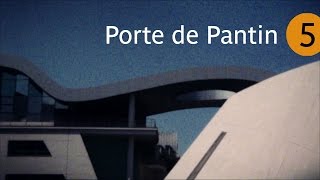 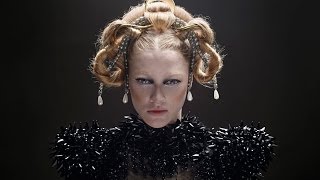 When the man asked Lilith what time is it.. Her answer was how much time do you want? Photographer: Isshogai http://www.isshophoto.com Model: Tessa@City Model Managment Paris Hair Artist:... 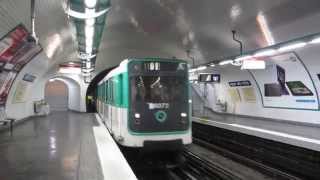 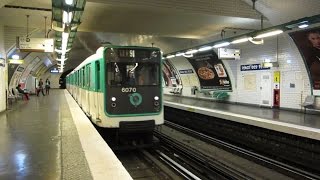 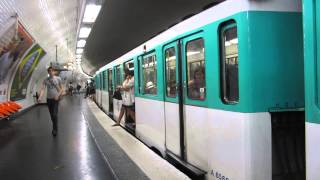 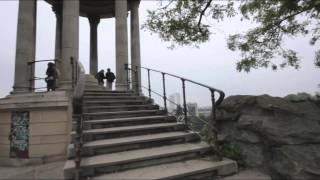 Our walkthrough of Parcs des Buttes Chaumont. It's in north east side of Paris and gives you a vantage point of the city. 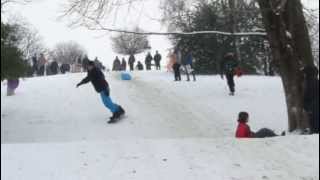 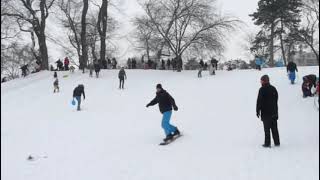 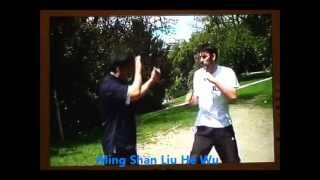 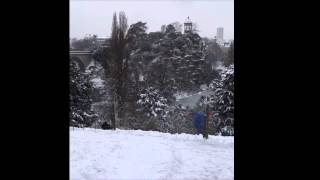 The 19th arrondissement of Paris is one of the 20 arrondissements (administrative districts) of the capital city of France. Situated on the Right Bank of the River Seine, it is crossed by two canals, the Canal Saint-Denis and the Canal de l'Ourcq, which meet near the Parc de la Villette.

Ourcq is a station of the Paris Métro, serving Line 5. The name refers to the Rue de l'Ourcq, named for the river Ourcq, a tributary of the Marne. It rises in Aisne and flows into Île-de-France; it is connected to the Seine by the Canal de l'Ourcq.

Bolivar is a station on 7bis of the Paris Métro in the 19th arrondissement, on the Avenue Simon Bolivar.

Botzaris is a station on the Paris Métro, serving Line 7bis in the 19th arrondissement, named after Markos Botsaris, a hero of the Greek War of Independence. East of this station Line 7bis becomes a unidirectional loop. The station was opened on 18 January 1911 with the opening of the line that it is on as a branch of line 7 from Louis Blanc to Pré Saint-Gervais. Because the station is built in a backfilled quarry, it was built with arches over each of the tracks to strengthen the station box.

Buttes Chaumont is a station on 7bis of the Paris Métro in the 19th arrondissement, on the Avenue Simon Bolivar, near the Parc des Buttes Chaumont, which it is named after. While the line that it is on opened as a branch of line 7 from Louis Blanc to Pré Saint-Gervais on 18 January 1911, the opening of the station was delayed by 13 months to 13 February 1912 due to the difficulty of its construction in a backfilled quarry.

Pyrénées is a station on line 11 of the Paris Métro in the 19th and 20th arrondissements. The station opened as part of the original section of the line from Châtelet to Porte des Lilas on 28 April 1935. It is named after the Rue des Pyrénées, which is named after the Pyrénées mountains.

The Parc des Buttes-Chaumont is a public park situated in northeast of Paris, in the 19th arrondissement. Occupying 24.7 hectares, it is the third-largest park in Paris, after the Bois de Vincennes and the Bois de Boulogne. It was opened in 1867, late in the regime of Emperor Napoleon III, and was built by Jean-Charles Alphand, who created all the major parks of Napoleon III.. The park has over 5 kilometres of trails and paths.

Stade Bergeyre is a former sports stadium in Paris, France, located in 19th district of the French capital. Built in August 1918, with financial support of Jacques Sigrand. Its capacity was approximately 15,000, and the name comes from the name of a French rugby player, who died in First World War. Bergeyre stadium was mainly used for soccer games, and was home of the Olympique Paris team. Also, rugby, track and field and various other activities (e.g. circus) took place there.

The Bassin de la Villette (La Villette Basin) is the largest artificial lake in Paris. It was filled with water on 2 December 1808. Located in the 19th arrondissement of the capital, it links the Canal de l'Ourcq to the Canal Saint-Martin, and it represents one of the elements of the Réseau des Canaux Parisiens (Parisian Canal Network), a public-works authority operated by the city.

These districts belong to Paris 19 Buttes-Chaumont.

These are districts that are close by, but belong to a different city than Paris 19 Buttes-Chaumont.

These are some bigger and more relevant cities in the wider vivinity of Paris 19 Buttes-Chaumont.