Atocha
District of Madrid
in Madrid of Madrid, Spain

The district Atocha of Madrid in Madrid (Madrid) is located in Spain and is a district of the nations capital.

Depending on your travel schedule, you might want to pay a visit to some of the following locations: Leganes, Getafe, Coslada, Pozuelo de Alarcon and Alcorcon. To further explore this place, just scroll down and browse the available info. 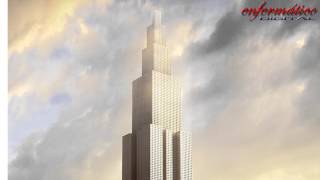 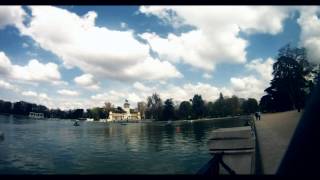 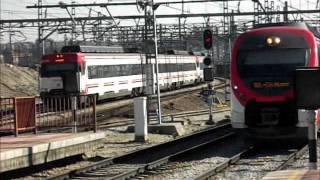 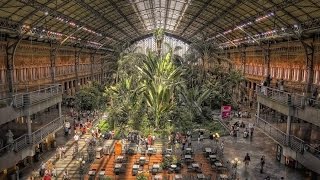 A day in the life of Atocha Railway Station, Madrid, Spain. 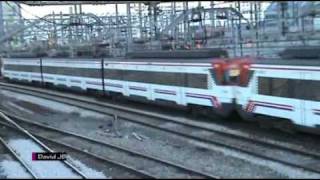 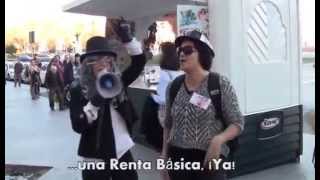 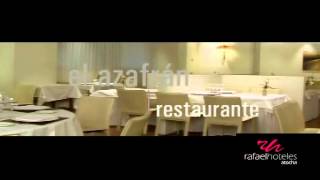 Situated in the center of Madrid, at walking distance from the Atocha railway-Station, and close to the area known as "the culture mile" offering the Prado Museum, the Thyssen Bornemisza Museum... 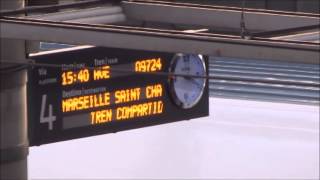 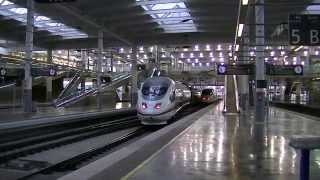 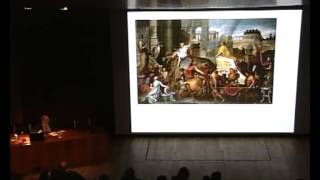 The Museo del Prado is the main Spanish national art museum, located in central Madrid. It features one of the world's finest collections of European art, from the 12th century to the early 19th century, based on the former Spanish Royal Collection, and unquestionably the best single collection of Spanish art. Founded as a museum of paintings and sculpture, it also contains important collections of other types of works.

Located at 40.4078, -3.68944 (Lat. / Lng.), about 1 miles away.
Wikipedia Article
Neuroscience research centers, Research institutes in the Community of Madrid

The Forest of Remembrance (Spanish: Bosque del Recuerdo), formerly known as the Forest of the Departed (Bosque de los Ausentes), is a memorial garden located in the park of El Retiro in Madrid, Spain that commemorates the 191 civilian victims of the 2004 Madrid train bombings and the special forces agent who died in the attacks on 11 March 2004. The seven suicide bombers subsequently killed themselves on 3 April 2004 while under siege by security forces in their apartment block.

Located at 40.4119, -3.68694 (Lat. / Lng.), about 1 miles away.
Wikipedia Article
Buildings and structures in Madrid, Monuments and memorials in Spain, 2004 Madrid train bombings, Visitor attractions in Madrid

Real Jardín Botánico de Madrid (Spanish for Royal Botanical Garden of Madrid) is an 8-hectare botanical garden located at Plaza de Murillo, next to the Prado Museum in Madrid.

The 1977 Massacre of Atocha was a neo-fascist attack during the Spanish transition to democracy after the death of Franco in 1975, killing five and injuring four. It was committed on January 24, 1977, in an office located on 55 Atocha Street near the Atocha railway station in Madrid, where specialists in labor law, members of the Workers' Commissions trade union (CCOO), and of the then-clandestine Communist Party of Spain (PCE), had gathered.

The Spanish National Observatory is an astronomical observatory with several facilities in the Madrid area. The historic building in the Parque del Buen Retiro was built in 1790 as the Royal Observatory. Equipped with a Hershel telescope, it took over the purely astronomical work of the naval observatory, the Real Instituto y Observatorio de la Armada, in the south of the country.

Buen Retiro Palace in Madrid was a large palace complex designed by the architect Alonso Carbonell (c. 1590–1660) and built on the orders of Philip IV of Spain as a secondary residence and place of recreation (hence its name). It was built in what was then the eastern limits of the city of Madrid. Today what little remains of its buildings and gardens forms the Retiro Park.

The Golden Triangle of Art is made up of three important art museums that are close to each other in the centre of Madrid, Spain. The three art museums are: the Prado Museum, ("Museo del Prado" in Spanish), National Museum featuring pre-20th century art the Museo Nacional Centro de Arte Reina Sofía, National Museum featuring 20th century modern art the Thyssen-Bornemisza Museum, private museum, historical through contemporary art

San Jerónimo el Real (St. Jerome Royal Church) is a Roman Catholic church from the early 16th-century in central Madrid. The church, which has undergone numerous remodelings and restorations over the centuries is the remaining structure of the Hieronymite monastery that once stood beside the royal palace of Buen Retiro, of which a portion now serves as the Prado museum.

CaixaForum Madrid is a modern art gallery (museum) in the centre of Madrid, Spain. It is sponsored by the Catalan-Balearic bank la Caixa and located next to the Paseo del Prado at number 36. It was constructed by the Swiss architects Herzog & de Meuron from 2001 to 2007, which combined an old abandoned electrical station with new construction of floors which are encased with oxidized cast-iron, which was meant to be of a similar color and weight as the brick below.

Plaza del Emperador Carlos V (Emperor Charles V square) is a square in the city of Madrid. It is named after Charles V, Holy Roman Emperor, who also reigned in Spain as Charles I. However, it is commonly referred to as Plaza de Atocha, because it is where Madrid Atocha railway station is located.

The Palacio de Cristal ("Crystal Palace") is a glass and metal structure located in Madrid's Buen Retiro Park. It was built in 1887 to exhibit flora and fauna from the Philippines. The architect was Ricardo Velázquez Bosco. The Palacio de Cristal, in the shape of a Greek cross, is made almost entirely of glass set in an iron framework on a brick base, which is decorated with ceramics. Its cupola makes the structure over 22 metres high.

Palacio de Velázquez, or Velázquez Palace (sometimes referred to as Palacio de Exposiciones) is an exhibition hall located in Buen Retiro Park, Madrid, Spain. Originally known as the Palacio de la Minería, it was built in 1881-3 for the Exposición Nacional de Minería by architect Ricardo Velázquez Bosco, engineer Alberto Palacio, and ceramist Daniel Zuloaga. It functions as an arts and crafts gallery and is a listed Bien de Interés Cultural.