While being here, you might want to pay a visit to some of the following locations: Leganes, Pozuelo de Alarcon, Getafe, Coslada and Alcorcon. To further explore this place, just scroll down and browse the available info. 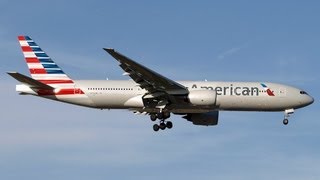 My Journey to Madrid: The Complete Experience 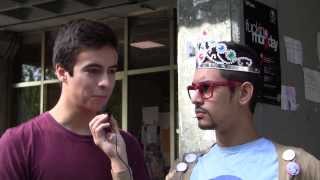 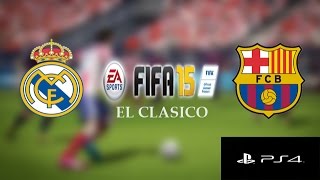 This is a gameplay between Real Madrid and Barcelona at the Santiago Bernabeu Stadium for the El Clasico on FIFA 15 (PlayStation 4 Console). Please leave your thumbs up for this video, it really... 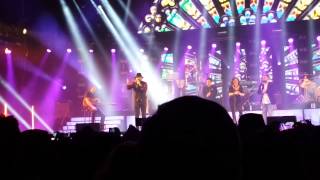 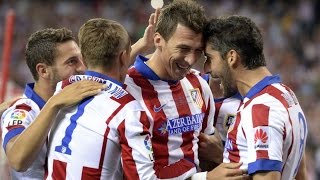 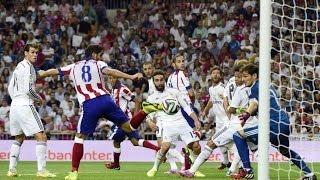 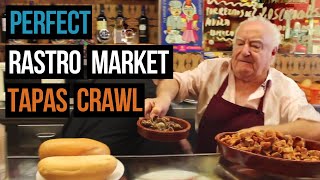 Madrid: Tapas bars in the Rastro

Want to know where to eat in the Rastro in Madrid? Here are the best tapas bars in the Rastro. Watch, learn and drool! By Madrid-based food & travel writer James Blick. Follow me @theSpainGuy. 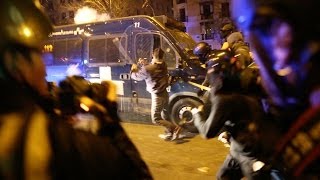 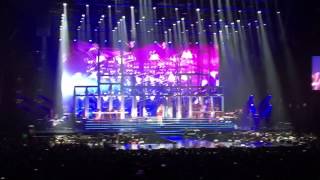 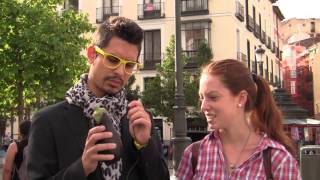 The Spanish Congress of Deputies (Spanish: Congreso de los Diputados) is the lower house of the Cortes Generales, Spain's legislative branch. It has 350 members, elected by popular vote on block lists by proportional representation in constituencies matching the Spanish provinces using the D'Hondt method. Deputies serve four-year terms. The President of the Congress of Deputies is the analogue to a Speaker and presides over debates in Spain's lower chamber of parliament.

Chueca is a central neighbourhood in Madrid named after Federico Chueca (1846–1908), composer of zarzuelas. It lies just to the north of the old city and is centred around the Plaza de Chueca, with its metro station "Chueca. " Chueca is very lively, with many street cafes and boutique shops; Lonely Planet describes it as "extravagantly gay, lively young, and always inclusive regardless of your sexual orientation."

The Puerta del Sol (Spanish for "Gate of the Sun") is one of the best known and busiest places in Madrid. This is the centre of the radial network of Spanish roads. The square also contains the famous clock whose bells mark the traditional eating of the Twelve Grapes and the beginning of a new year. The New Year's celebration has been broadcast live on La 1 since December 31, 1962.

Sobrino de Botín (Calle de los Cuchilleros 17, 28005 Madrid, Spain) is a restaurant established in 1725. It is listed by the Guinness Book of Records as the oldest eatery in the world. The artist Francisco de Goya worked there as a waiter while waiting to get accepted into the "Royal Academy of Fine Arts". The restaurant is also mentioned in the book Fortunata y Jacinta by Benito Pérez Galdós (published 1886-1887).

The Metropolis Building or Edificio Metrópolis (Spanish) is an office building in Madrid, Spain, at the corner of the Calle de Alcalá and Gran Vía. Inaugurated in 1911, it was designed by Jules and Raymond Février for the insurance company La Unión y el Fénix. It is currently owned by Metrópolis Seguros.

Located at 40.413, -3.70742 (Lat. / Lng.), about 0 miles away.
Wikipedia Article
Jesuit schools, Buildings and structures in Madrid, Churches in Madrid, Roman Catholic universities and colleges in Spain

Edificio de Las Cariátides is a building in the Spanish capital of Madrid built by Spanish architect, Antonio Palacios. The building was later the head office of the Banco Central, then of the Banco Santander Central Hispano. As of 2006 it is the headquarters of the Instituto Cervantes.

El Madrid de los Austrias is a name used for the old centre of Madrid, built during the reign of the Habsburg Dynasty, known in Spain as Casa de Austria. The area is located south of the Calle Mayor, in between the Metro stations Sol and Opera.

The Real Academia de Bellas Artes de San Fernando (Royal Academy of Fine Arts of San Fernando), located on the Calle de Alcalá in the heart of Madrid, currently functions as a museum and gallery. The academy was established by royal decree in 1744. About twenty years later, the enlightened monarch, Charles III purchased a palace in Madrid as the academy's new home. The building had been designed by José Benito de Churriguera for the Goyeneche family.

Located at 40.4181, -3.70028 (Lat. / Lng.), about 0 miles away.
Wikipedia Article
Museums in Madrid, Culture in Madrid, Art schools in Spain, Buildings and structures in Madrid, Educational institutions established in the 1740s, Bienes de Interés Cultural, Art museums and galleries in Spain

The church of San Ginés, in Madrid, is one of the oldest churches in that city. It is situated on the Calle Arenal. References to it appear in documents dating from the ninth century. Originally built in Mudéjar style (of the structure only the campanile survives), it was rebuilt in 1645.

The Alcalá 20 nightclub fire occurred 17 December 1983 at 4:45 a.m. at Alcalá 20, a nightclub at number 20 of Calle de Alcalá in the centre of Madrid. 600 people were in the club at the time. 82 people were killed and 27 injured. The charred remains of the labyrinthine four story subterranean club remained intact but closed until 2003, when a major refurbishment was started. A remodelled two-story club, named Adraba, opened on the site in 2005 with improved fire safety.

The Casa de la Panadería is a municipal and cultural building on the north side of the Plaza Mayor in Madrid. It is four stories high, the ground floor comprising porticos and the top floor in the form of an attic, with its sides crowned by angular towers.

The church of San Isidro el Real, also known as the church of the Colegiata or Collegium of San Isidro, is a Baroque church in central Madrid, central Spain. It is named after and holds the remains of the patron saint of Madrid, Isidore the Laborer and his wife Santa Maria de la Cabeza.

The Palacio de Santa Cruz or Palace of the Holy Cross is a baroque building in central Madrid, Spain. It now houses the foreign ministry or Ministerio de Asuntos Exteriores de España. It was used as a jail until the reign of Philip IV of Spain, when it was converted into a palace. Construction was commissioned in 1629 by Philip IV to house both courts and jail facilities.

The Chocolatería San Ginés is a café at Pasadizo de San Ginés, 5, in central Madrid, in a passageway close to San Ginés church, west of the Puerta del Sol. It has served principally chocolate con churros since 1894. Coffee and cakes are also available. The interior is decorated with mirrors and green wood panels, with green velvet seats and marble tables.

Ecologists in Action (Spanish: Ecologistas en Acción, sometimes Ecologistas en Acción-CODA) is a confederation of over 300 Spanish ecological groups, founded 9 December 1998. Ecologists in Action is aligned with the philosophy of social ecology, which views environmental problems (and many other social problems) as having their origin in an ever more unsustainable and globalized model of production and consumption, a model that must be changed to resolve the ecological crisis.

Gran Vía is a station on Lines 1 and 5 of the Madrid Metro located underneath the Gran Vía, in the Centro neighborhood underneath the Red de San Luis plaza. It is located in fare zone A.

The Telefónica Building, in Spanish Edificio Telefónica, is a skyscraper in Madrid, Spain. It is situated in Gran Vía 28.

The Edificio Grassy is a building located in Gran Vía 1, in Madrid, Spain.

Plaza de Santa Ana (English: Square of Saint Anne) is a plaza located in central Madrid, Spain, nearby Puerta del Sol and Calle de Huertas, in the Barrio de las Letras. It features monuments to Spanish Golden Age writer Pedro Calderón de la Barca and the Granadian poet Federico García Lorca and numerous restaurants, cafes and tapas bars, with its terraces covering most of the sides surfaces. Teatro Español, the oldest theater in Madrid, is located on the plaza's east side.

Lhardy is a restaurant located at Madrid in Spain, which was opened in 1839 by Emilio Huguenin Lhardy. It was said to have introduced French haute cuisine to Madrid. It has a deli and takeaway service on the ground floor and a formal restaurant on the second floor. It is considered one of the first and oldest restaurants of Madrid

This place is known by different names. Here the ones we know:
Madrid Centro, Madrid City Center