Castellana
in Madrid of Madrid, Spain

The district Castellana of in Madrid (Madrid) is a subburb located in Spain a little north-east of Madrid, the country's capital place.

Being here already, you might want to pay a visit to some of the following locations: Madrid, Alcobendas, Coslada, Pozuelo de Alarcon and Leganes. To further explore this place, just scroll down and browse the available info. 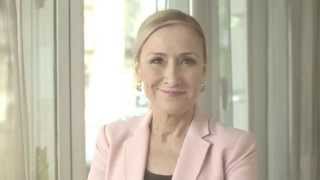 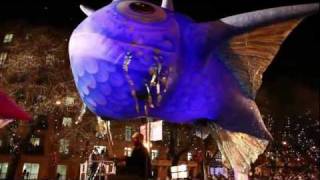 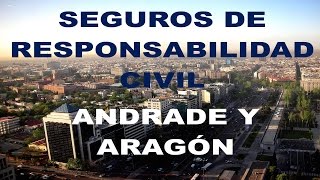 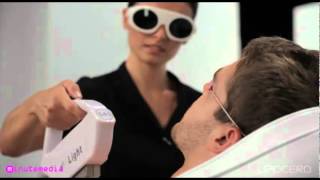 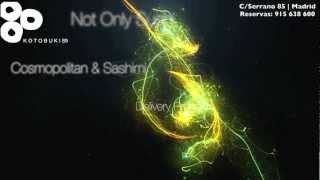 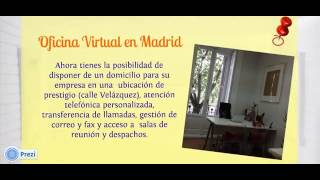 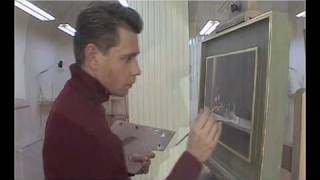 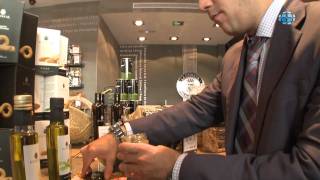 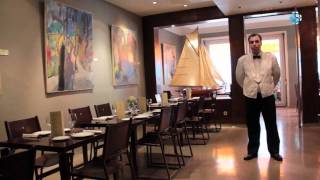 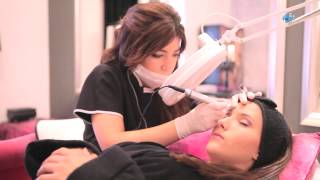 The Buen Retiro Park (Jardines del Buen Retiro or Parque del Buen Retiro, literally "Gardens" or "Park of the Pleasant Retreat," or simply El Retiro) is the one of the largest parks of the city of Madrid, Spain. The park belonged to the Spanish Monarchy until the late 19th century, when it became a public park.

The Puerta de Alcalá ("Alcalá Gate") is a Neo-classical monument in the Plaza de la Independencia ("Independence Square") in Madrid, Spain. It stands near the city center and several meters away from the main entrance to the Parque del Buen Retiro. The square is bisected by Alcalá Street, although the street itself doesn't cross through the monument, and it is the origin of the Alfonso XII, Serrano and Olózaga streets.

Plaza de Colón (Columbus Square, in English) is located in the Alonso Martínez district of Madrid, Spain. This plaza and its fountain commemorate the explorer Christopher Columbus, whose name in Spanish was Cristóbal Colón.

The Plaza de Cibeles is a square with a neo-classical complex of marble sculptures with fountains that has become an iconic symbol for the city of Madrid. It sits at the intersection of Calle de Alcalá (running from east to west), Paseo de Recoletos (to the North) and Paseo del Prado (to the south). Plaza de Cibeles was originally named Plaza de Madrid, but in 1900, the City Council named it Plaza de Castelar, which was eventually replaced by its current name.

The Residencia de Estudiantes, literally the "Student Residence", is one of the original Spanish cultural centers in Madrid, Spain. During the first half of the twentieth century, the Residence was a prestigious cultural institution that helped foster and create the intellectual environment of Spain's brightest young thinkers, writers, and artists.

Palacio de Deportes de la Comunidad de Madrid is an indoor sporting arena located in the City of Madrid, Spain. Its capacity is 15,000 people for basketball matches, 14,000 for handball matches and 18,000 for concerts (with standing public ramp). The former building, which was built in 1960, was destroyed by a fire in 2001. Architects Enrique Hermoso and Paloma Huidobro projected a High-Tech style new arena that was built at the same place between 2002 and 2005.

The Juan March Institute, located in Madrid, Spain, is part of the Fundación Juan March (Juan March Foundation), one of Spain's charities for social research. The objective of the institute is to achieve an effect equally through scientific publications and training the next academic generation. The institute is named for the Spanish businessman Juan March Ordinas

Salamanca is one of the 21 districts that form the city of Madrid, Spain. Salamanca is located to the northeast of the historical center of Madrid.

Chamberí is one of the 21 districts of Madrid, Spain.

Paseo de la Castellana (English: The Castilian's Mall), commonly known as La Castellana, is one of the longest and widest avenues of Madrid. It is named after an old fountain that used to exist in Plaza de Castilla. It starts at Plaza de Colón, passes through the Nuevos Ministerios, Plaza de Lima, Plaza de Cuzco, Plaza de Castilla, and ends near the Nudo Norte (North Junction), connecting with the M-30 and the road to Colmenar Viejo.

The Avenida de América (Avenue of the Americas) is a Madrid Metro station connecting line 4, line 6, line 7, and line 9. It is the largest station of the Madrid Metro in terms of the number of transfers possible. It also served as a station of the old line 8 until it was joined with line 10. It is about 15 minutes from Madrid Barajas Airport and 10 minutes from Madrid City Centre. In 2000, an underground bus station was opened at the metro station after three years of construction.

The 1985 El Descanso bombing was a bomb attack against the El Descanso restaurant just outside Madrid, Spain, late on April 12, 1985. The explosion killed 18 Spaniards and injured 82 others, including 11 American servicemen, who were believed to be the target of the attack. American servicemen who worked at nearby Torrejón Air Base frequented the restaurant.

The Auditorio Nacional de Música (National Auditorium of Music) is a complex of concert venues located in Madrid, Spain and the main concert hall in the Madrid metropolitan area. It comprises two main concert rooms: a symphonic hall and a chamber music hall.

Olive oil regulation and adulteration are complex issues overseen and studied by various governmental bodies, non-governmental organizations, and private researchers across the world.

Nuevos Ministerios is a large station serving lines 6, 8 and 10 of the Madrid Metro. It is a regional commuter railways station too, on lines C-2, C-3, C-4, C-7, C-8 and C-10. This station opened on 21 May 2002. The station featured a large and unique complex where passengers could check in for selected flights from Madrid Airport, and then board a train to the Airport, and not have to check in there. That service was abandoned though in 2006 for security reasons.

The Beth Yaakov Synagogue is a synagogue in Madrid, Spain. Jews began to return to Spain in the nineteenth century, and established a synagogue in Madrid in 1917. After the Republican government was defeated by Franco’s forces in the Spanish Civil War, Civil War (1936-39), Catholicism was proclaimed the official State religion and the synagogues were closed. A number of Jewish families arrived after the 1956 Anti-Semitic violence in Morocco, and soon established informal house synagogues.

The Escuelas Aguirre (Aguirre School) is a notable Neo-Mudéjar style building, located at Calle de Alcalá, 62, Madrid, Spain. It is named after Lucas Aguirre, a Spanish philanthropist who left funds for the construction of schools. Since 2006 it has housed the Casa Árabe e Instituto Internacional de Estudios Árabes y del Mundo Musulmán. This Neo-Mudéjar style building was designed by Emilio Rodríguez Ayuso and built from 1881-1886.

The Santa Barbara, also known as Church of the Monastery of the Salesas Reales is a Catholic church, built in Neoclassic style, in central Madrid, Spain. It is one of a number of Spanish churches dedicated to St Barbara.

Convent of the Salesas Reales

The Convent of the Salesas Reales is an 18th-century architectural complex in central Madrid, Spain. Formerly a convent, specifically the convent of the Visitación de Nuestra Señora, it was constructed and occupied by the Order of the Visitation of Holy Mary, which had been founded by St. Francis de Sales and St Jeanne de Chantal. The convent's church (dedicated to St Barbara) is now a parish church, and the remainder of the complex houses the Supreme Court of Spain.

The Monument to King Alfonso XII is located in Buen Retiro Park (El Retiro), Madrid, Spain. The monument is situated on the east edge of an artificial lake near the center of the park. In 1902, a national contest was held to design a monument for King Alfonso XII at the initiative of the Queen Mother Maria Christina of Austria.

Café Gijón (Also known as Gran Café de Gijón) is a culturally significant Coffeehouse situated at No. 21, in the principal boulevard of central Madrid, Spain, which is known as Paseo de Recoletos. The café is opposite both a railway station of the same name and the National Library of Spain (BNE). The terrace in front is on the central walkway of the Paseo.

The Museo Nacional de Artes Decorativas (National Museum of Decorative Arts; originally, "National Museum of Industrial Arts") is located at 12 Montalbán Street, in Madrid, Spain, to the south of the Puerta de Alcalá and the western side of the Buen Retiro Park. It is one of the oldest museums in the city, situated within the Golden Triangle of Art.

ESDEN (Escuela Superior de Negocios y Tecnologías) is an international business school located in Spain. It was founded in 1993 and over 4,000 professionals have entrusted their education to ESDEN since then. This business school is attached to 'University of Cambridge' (International Examinations). It has a dual degree option in collaboration with the 'Universidad Católica San Antonio de Murcia' (UCAM). It also works in collaboration with the 'Project Management Institute' (Madrid Chapter).

The Embassy of Colombia in Madrid is the diplomatic mission of the Republic of Colombia to the Kingdom of Spain; it is headed by the Ambassador of Colombia to Spain. It is located in the Salamanca district of Madrid, near the Church of San Fermín de los Navarros, the Sorolla Museum, the IE Business School, and the Palace of Bermejillo, precisely at Paseo General Martínez Campos, 48 at the intersection of Calle Fortuny, and it is serviced by the Rubén Darío station.