Chamartín
in Madrid of Madrid, Spain

Chamartín in Madrid (Madrid) with it's 140,000 residents is a town located in Spain a little north-east of Madrid, the country's capital place.

Time in Chamartín is now 07:31 PM (Monday). The local timezone is named Europe / Madrid with an UTC offset of 2 hours. We know of 8 airports nearby Chamartín, of which one is a larger airport. The closest airport in Spain is Madrid Barajas International Airport in a distance of 6 mi (or 10 km), East. Besides the airports, there are other travel options available (check left side).

There are several Unesco world heritage sites nearby. The closest heritage site in Spain is Monastery and Site of the Escurial, Madrid in a distance of 13 mi (or 21 km), North-West. We collected 10 points of interest near this location. Need some hints on where to stay? We compiled a list of available hotels close to the map centre further down the page.

Being here already, you might want to pay a visit to some of the following locations: Madrid, Alcobendas, San Sebastian de los Reyes, Coslada and Pozuelo de Alarcon. To further explore this place, just scroll down and browse the available info. 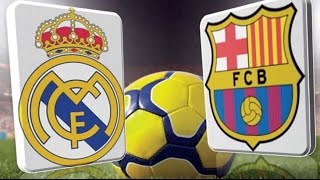 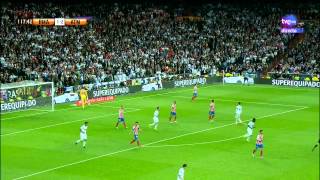 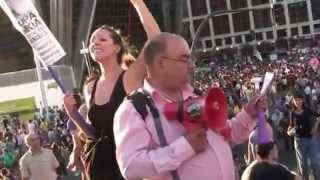 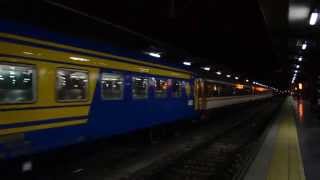 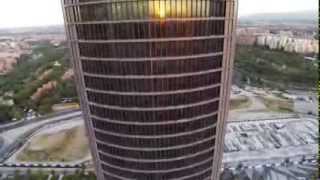 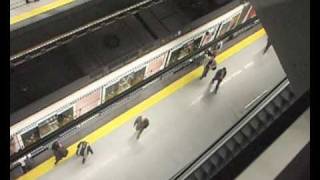 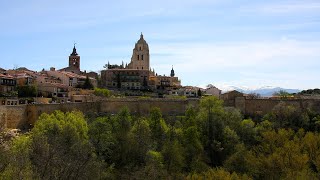 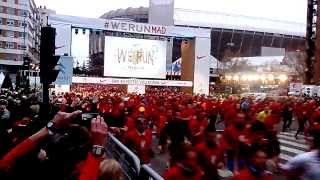 The Estadio Santiago Bernabéu is an all-seater football stadium in Madrid, Spain. It was inaugurated on 14 December 1947 and is owned by Real Madrid Club de Fútbol. It has a current capacity of 85,454 spectators. El Bernabéu, renamed in honour of their former chairman Santiago Bernabéu Yeste, is one of the world's most famous and prestigious football venues. It has hosted the European Cup final on four occasions: in 1957, 1969, 1980, and the UEFA Champions League Final in 2010.

Madrid Chamartín is the name of the second major railway station in Madrid, Spain. Positioned on the north side of the city, it was built prior to the time of the 1982 FIFA World Cup, between 1970 and 1975, although subsequent work would be carried on into the early 1980s. At that time it superseded Atocha station, located closer to the city centre.

Cuatro Torres Business Area (CTBA) (Spanish for Four Towers Business Area) is a business district located in the Paseo de la Castellana in Madrid, on the former Ciudad Deportiva of Real Madrid. The area contains the tallest skyscrapers in Madrid and Spain. The construction of the buildings finished in 2008. The complex was formerly known as Madrid Arena.

ISOFOTON is a global company, present in over 60 countries. ISOFOTON is involved in designing, manufacturing, and supplying Solar Energy products. Its activities are centered in three technology categories: Photovoltaic, Thermal, and High Concentration Photovoltaic.

The Auditorio Nacional de Música (National Auditorium of Music) is a complex of concert venues located in Madrid, Spain and the main concert hall in the Madrid metropolitan area. It comprises two main concert rooms: a symphonic hall and a chamber music hall.

Olive oil regulation and adulteration are complex issues overseen and studied by various governmental bodies, non-governmental organizations, and private researchers across the world.

The Caja Madrid Obelisk (Spanish: Obelisco de la Caja) is an obelisk designed by Santiago Calatrava located in the Plaza de Castilla in Madrid, Spain. It was donated by the bank Caja Madrid to the city.

The Plaza de Castilla (English: Castile Plaza) is a great plaza in the north of Madrid, Spain.

The Ministry of Defence (Spanish: Ministerio de Defensa de España,MdD) is the Spanish government department responsible for implementation of government defence policy and is headquarters of the Spanish Armed Forces.

These districts belong to Chamartín.

These are districts that are close by, but belong to a different city than Chamartín.

These are some bigger and more relevant cities in the wider vivinity of Chamartín.

How To Start Your Own Social Media Marketing Agency
Starting at: 09:00 pm (21:00).
More Information: eventful.com.