Acilia-Castel Fusano-Ostia Antica
in Province of Rome of Latium, Italy

Acilia-Castel Fusano-Ostia Antica in Province of Rome (Latium) with it's 129,362 residents is a town located in Italy about 13 mi (or 21 km) south-west of Rome, the country's capital place.

Time in Acilia-Castel Fusano-Ostia Antica is now 09:14 AM (Friday). The local timezone is named Europe / Rome with an UTC offset of 2 hours. We know of 10 airports nearby Acilia-Castel Fusano-Ostia Antica, of which 4 are larger airports. The closest airport in Italy is Leonardo Da Vinci (Fiumicino) International Airport in a distance of 5 mi (or 8 km), North-West. Besides the airports, there are other travel options available (check left side).

There are several Unesco world heritage sites nearby. The closest heritage site is Historic Centre of Rome, the Properties of the Holy See in that City Enjoying Extraterritorial Rights and San Paolo Fuori le Mura in Vatican at a distance of 12 mi (or 19 km). The closest in Italy is Etruscan Necropolises of Cerveteri and Tarquinia in a distance of 21 mi (or 19 km), North-East. We collected 10 points of interest near this location. Need some hints on where to stay? We compiled a list of available hotels close to the map centre further down the page.

Being here already, you might want to pay a visit to some of the following locations: Fiumicino-Isola Sacra, Pomezia, Rome, Ardea and Ciampino. To further explore this place, just scroll down and browse the available info. 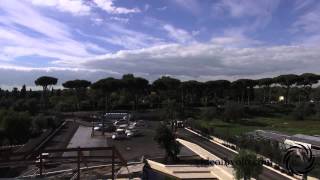 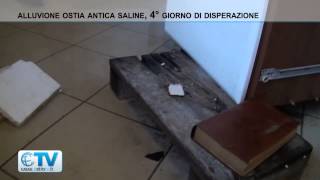 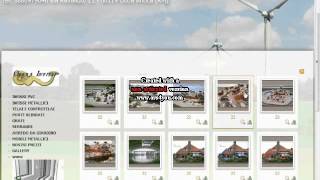 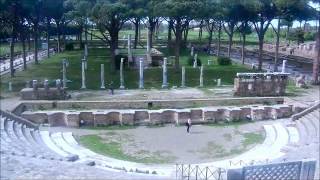 Ostia Antica Rome - What To Expect

What to expect making an independent visit to Ostia Antica the port of Ancient Rome.

Ostia Antica is a large archeological site, close to the modern suburb of Ostia (Rome), that was the location of the harbour city of ancient Rome, which is approximately 30 km to the northeast. "Ostia" in Latin means "mouth". At the mouth of the River Tiber, Ostia was Rome's seaport, but due to silting the site now lies 3 km from the sea. The site is noted for the excellent preservation of its ancient buildings, magnificent frescoes and impressive mosaics.

Castelfusano is an urban park in the comune of Rome. It was founded in the 18th century by the Sacchetti family, and its vegetation consists mainly in a forest of Maritime Pines and olm oaks (near the seaside). In the 18th century, the Sacchetti sold the property to the Chigi, who sold it in 1933 to the city of Rome. The vegetation of the park, which borders the sea quarter of Ostia, has been largely destroyed by an arson in July 2000.

For the saints named Aurea, see Saint Aurea. The Basilica of Santa Aurea is a church situated in the Ostia Antica district of Ostia, Italy. Ostia became an episcopal see as early as the 3rd century AD. The present-day church, completed in 1483, it was the seat of the suburbicarian diocese of Ostia until 1966, when Ostia became part of the diocese of Rome.

Infernetto is a suburb and hamlet of the city of Rome, in Lazio, Italy. Infernetto is located in Municipio XIII in the south of the city near to Ostia Lido and the seaside, surrounded almost totally by the Castelfusano pinewood and the presidential estate, is connected on the north side from Cristoforo Colombo street (which is the northern border of this zone) to the rest of city.

These are some bigger and more relevant cities in the wider vivinity of Acilia-Castel Fusano-Ostia Antica.