Williamsburg in James City County (Virginia) is a town located in United States about 113 mi (or 182 km) south of Washington DC, the country's capital town.

Time in Williamsburg is now 12:51 PM (Friday). The local timezone is named America / New York with an UTC offset of -5 hours. We know of 8 airports closer to Williamsburg, of which 6 are larger airports. The closest airport in United States is Newport News Williamsburg International Airport in a distance of 17 mi (or 27 km), South-East. Besides the airports, there are other travel options available (check left side).

There is one Unesco world heritage site nearby. It's Monticello and the University of Virginia in Charlottesville in a distance of 67 mi (or 107 km), North-West. Also, if you like the game of golf, there are some options within driving distance. We saw 3 points of interest near this location. In need of a room? We compiled a list of available hotels close to the map centre further down the page.

Since you are here already, you might want to pay a visit to some of the following locations: Williamsburg, Surry, Yorktown, Newport News and Charles City. To further explore this place, just scroll down and browse the available info. 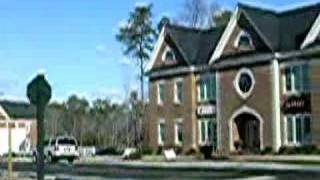 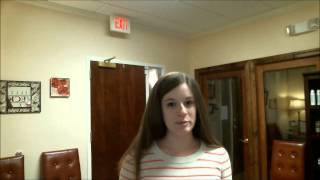 www.williamsburgneckandback.com Williamsburg, VA Chiropractor Dr. Daniel Roth - Christina Madison Testimonial. Our job is to locate and correct the cause of numerous health complaints such... 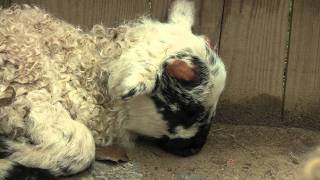 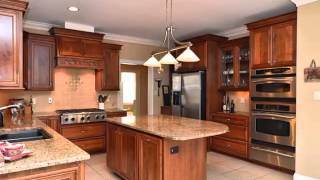 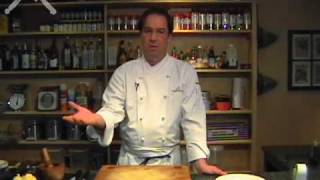 A step-by-step look at our Skillet Cornbread by Chef John Gonzales, made nightly with our 5-course dinner classes. www.achefskitchen.biz.

Jonathan Harris demonstrates what a Spanish Porrón is and how do you use it. In this video clip, members of the www.LaTienda.com crew are filmed (attempting to) drink wine from a Spanish...

Walter pops the question at the Cedars of Williamsburg Bed & Breakfast on 2 May 2009. What is her answer? 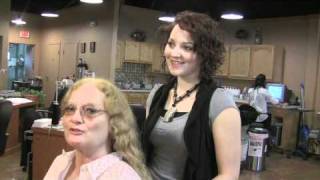 Let your hair down - Then chop at least 10 inches off! Locks of Love has been making wigs for children getting treated for Cancer, and this episode tells the story of Miss Betty donating... 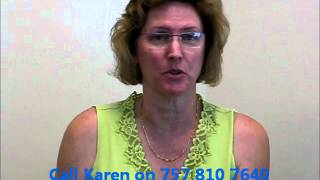 Karen Hibbard has over 9 years experience assisting familiys in finding their dream home. USAA and NFCU certified and a full time professional http://www.coldwellbanker.com/servlet/AgentListing?act. 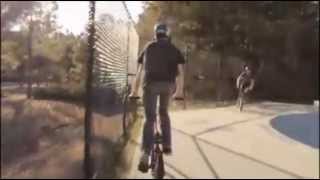 Shot at the James City County Skatepark in Williamsburg VA by Nick Rose.

This article is about the stadium used by William & Mary. For the St. Louis Cardinals baseball stadium, see Busch Stadium.

Eastern State Hospital, located in Williamsburg, Virginia, was the first public facility in the United States constructed solely for the care and treatment of the mentally ill, and remains in operation today.

Located at 37.2883, -76.7348 (Lat. / Lng.), about 1 miles away.
Wikipedia Article
Psychiatric hospitals in Virginia, Buildings and structures in Williamsburg, Virginia, 1770 establishments in the Thirteen Colonies

Albert-Daly Field is a multi-use sports facility located in Williamsburg, Virginia on the campus of the College of William and Mary. It is home to the soccer and lacrosse teams for the college. The facility was paid for thanks in large part to a sizable challenge grant made by Jim and Bobbie Ukrop. The Ukrops suggested that the field be named in honor of long time soccer coaches Al Albert and John Daly.

Williamsburg Community Hospital was located in Williamsburg, Virginia, and served the community from 1961 until 2006. In August 2006, it was replaced by a newer and larger facility, the 139-bed Sentara Williamsburg Regional Medical Center, located in adjacent York County, Virginia. After patients and equipment was transferred, the vacant older facility was donated to a long time neighboring organization, the College of William and Mary.

Berkeley Middle School is a public school located in Williamsburg, Virginia. It is part of the Williamsburg-James City County Public School system. It offers core classes such as math, science and English as well as foreign languages, music, theater, and art.

Plumeri Park is The College of William & Mary Tribe baseball team's home stadium located in Williamsburg, Virginia. It has been in use since 1999. Joseph J. Plumeri II, a William & Mary alumnus (Class of 1966) and former Tribe baseball player who is Chairman & CEO of Willis Group Holdings, funded most of the construction costs, thus the park is named after him.

The Millie West Tennis Facility, formerly called the Busch Tennis Courts, are the tennis courts used by the College of William and Mary’s tennis teams during the outdoor season. The facility is named after Millie West, a contributor of over 50 years to William & Mary athletics. The original name for the small stadium came from Anheuser-Busch, formerly the largest American brewer.

WRRW-LP is an Adult Album Alternative and Public Radio formatted broadcast radio station licensed to and serving Williamsburg, Virginia. WRRW-LP is owned and operated by The Popular Assembly of New Horizons 300 and His Successors.

These are some bigger and more relevant cities in the wider vivinity of Williamsburg.