Williamsburg in City of Williamsburg (Virginia) with it's 15,052 habitants is located in United States about 114 mi (or 183 km) south of Washington DC, the country's capital town.

Current time in Williamsburg is now 11:48 PM (Thursday). The local timezone is named America / New York with an UTC offset of -5 hours. We know of 8 airports close to Williamsburg, of which 6 are larger airports. The closest airport in United States is Newport News Williamsburg International Airport in a distance of 15 mi (or 24 km), South-East. Besides the airports, there are other travel options available (check left side).

There is one Unesco world heritage site nearby. It's Monticello and the University of Virginia in Charlottesville in a distance of 68 mi (or 110 km), North-West. Also, if you like playing golf, there are some options within driving distance. We encountered 3 points of interest near this location. If you need a hotel, we compiled a list of available hotels close to the map centre further down the page.

While being here, you might want to pay a visit to some of the following locations: Williamsburg, Surry, Yorktown, Newport News and Saluda. To further explore this place, just scroll down and browse the available info. 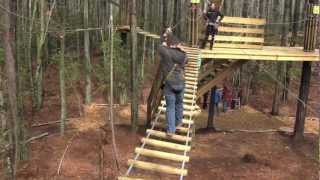 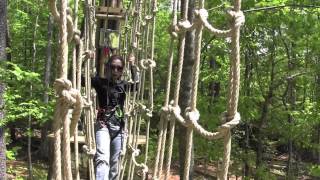 http://www.asknaoma.com I edited most of the screaming out of the video! Talk about overcoming my fear of heights..luckily I had Sula with me to help calm me down! 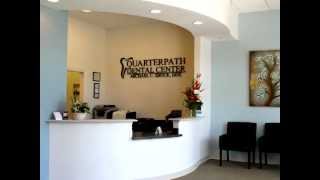 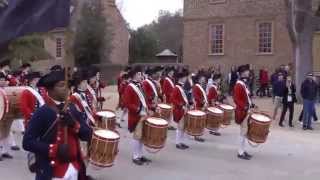 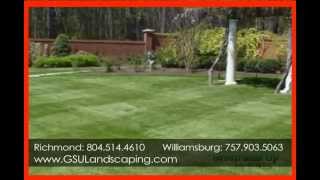 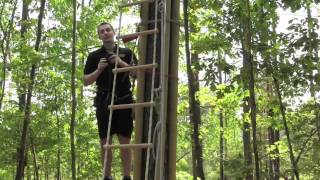 http://www.asknaoma.com Before you go on the tree top adventure you must go through the safety instructions. Thanks Clint! You were great! 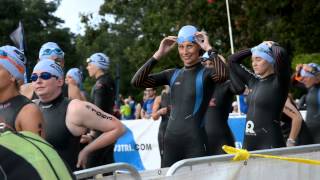 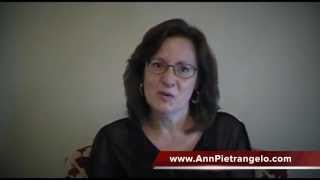 You've Got This: Ann Pietrangelo from Williamsburg, VA

The author of "No More Secs! Living, Laughing & Loving Despite Multiple Sclerosis" speaks to people newly diagnosed with MS. "You've Got This: Ann Pietrangelo from Williamsburg, Virginia"... 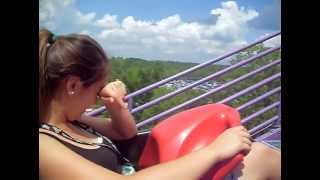 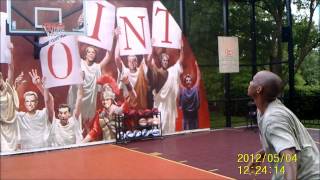 The College of William & Mary in Virginia (also known as The College, William & Mary, or W&M) is a public research university located in Williamsburg, Virginia, United States. Privately founded in 1693 by letters patent issued by King William III and Queen Mary II, it is the second-oldest institution of higher education in the United States after Harvard University. William & Mary educated U.S.

The Governor's Palace in Williamsburg, Virginia was the official residence of the Royal Governors of the Colony of Virginia. It was also a home for two of Virginia's post-colonial governors, Patrick Henry and Thomas Jefferson, until the capital was moved to Richmond in 1780, and with it the Governor's residence. The main house burned down in 1781, though the outbuildings survived for some time after. The Governor's Palace was reconstructed in the 1930s on its original site.

The Gunpowder Incident (or Gunpowder Affair) was a conflict early in the American Revolutionary War between Lord Dunmore, the Royal Governor of the Colony of Virginia, and militia led by Patrick Henry. On April 20, 1775, one day after the Battles of Lexington and Concord (and well before news of that event reached Virginia), Lord Dunmore ordered the removal of the gunpowder from the magazine in Williamsburg, Virginia to a Royal Navy ship.

Walter J. Zable Stadium at Cary Field, named for Walter J. Zable, former member of the College of William & Mary Board of Visitors, is located in Williamsburg, Virginia and is the home of the William and Mary Tribe football team. It is located centrally in the William & Mary campus, adjoining the Sadler Center (formerly the University Center) building and situated on Richmond Road. The stadium is used for football and track & field. It has an official capacity of 12,259 fans.

Located at 37.2653, -76.7051 (Lat. / Lng.), about 0 miles away.
Wikipedia Article, Homepage
Law schools in Virginia, College of William & Mary schools and programs, Educational institutions established in the 1770s, 1779 establishments in the United States

Institute of Bill of Rights Law

The Institute of Bill of Rights Law (IBRL), founded in 1982, is a center for the study of constitutional law at the William & Mary School of Law in Williamsburg, Virginia, United States. The IBRL focuses on enhancing a scholarly understanding of the nation's Bill of Rights by hosting an annual "Supreme Court Preview" that brings together constitutional and legal experts from law schools in the United States, as well as reporters and affiliates from the nation's news outlets.

The Earl Gregg Swem Library (colloquially Swem Library) is located on Landrum Drive at the College of William and Mary in Williamsburg, Virginia, United States. The library is named for Earl Gregg Swem, College Librarian from 1920-1944. In 2008, the Princeton Review rated William & Mary's library system as the eighth best in the United States. The ranking was based on a survey of 120,000 students from 368 campuses nationwide.

The Muscarelle Museum of Art at The College of William & Mary is an art museum in Williamsburg, Virginia right on the College’s campus. It sits adjacent to the Phi Beta Kappa Memorial Hall on Jamestown Road. The museum was given to the College as a gift from alumni and friends and first opened its doors in 1983. The biggest donor was William & Mary alumnus Joseph L. Muscarelle (Class of 1927) and his wife Margaret.

These are some bigger and more relevant cities in the wider vivinity of Williamsburg.