Durham in Durham County (North Carolina) with it's 257,636 habitants is a town located in United States about 225 mi (or 362 km) south-west of Washington DC, the country's capital town.

Time in Durham is now 09:55 PM (Wednesday). The local timezone is named America / New York with an UTC offset of -4 hours. We know of 11 airports closer to Durham, of which 5 are larger airports. The closest airport in United States is Raleigh Durham International Airport in a distance of 10 mi (or 16 km), South-East. Besides the airports, there are other travel options available (check left side).

Since you are here already, you might want to pay a visit to some of the following locations: Hillsborough, Raleigh, Pittsboro, Roxboro and Oxford. To further explore this place, just scroll down and browse the available info. 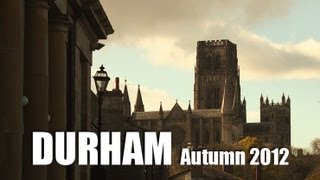 Autumn at Durham, the Cathedral city of County Durham, northern England is always a fantastic spectacle of mother nature, as she lets us know that winter will soon arrive. Being local, I... 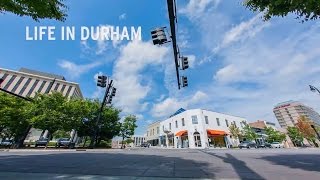 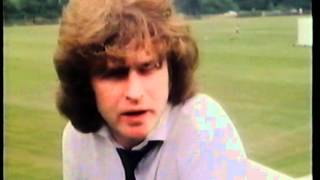 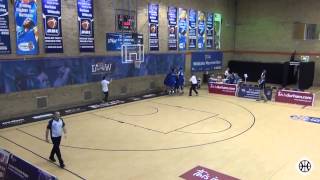 Ralph Bucci Hits the Three at the Buzzer for Durham Wildcats to Beat Manchester Giants!

Subscribe NOW to be the first to see our new vids! Click here to subscribe - http://bit.ly/OTsub Ralph Bucci knocked down the game-winning triple to help Durham beat Manchester 70-67 at the... 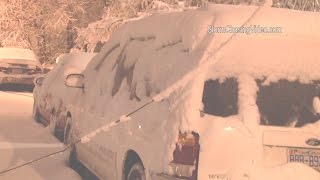 Footage of downed powerlines, poweroutage in Durham neighborhood, stranded vehicles in snow on I-85, and downed large tree limbs covered in damaging heavy wet snow. Tens of thousands of ... 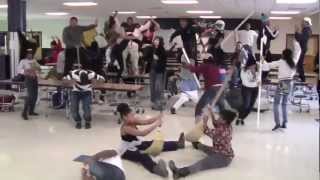 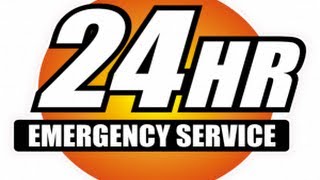 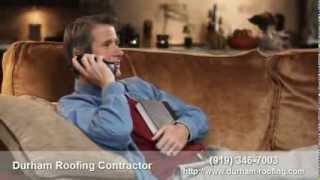 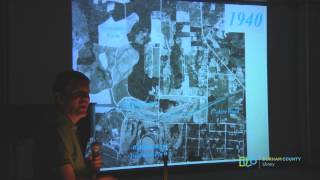 The History and the Future of Durham's Urban Watersheds 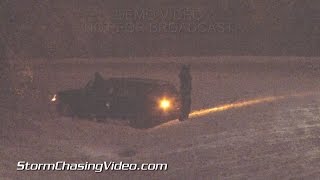 Footage of cars wrecked on I-85 & stranded in ditches, getting jump-started on highway, stranded motorist waving down traffic for help, very heavy snow falling and covering trees and roads...

The American Tobacco Trail (ATT) is a 20-mile long Rails-to-Trails project located in the Research Triangle region of North Carolina, running along an abandoned railroad bed originally built for the American Tobacco Company in the 1970s. The route crosses through the City of Durham, Durham County, Chatham County, and Wake County. The ATT is part of the East Coast Greenway and is open to pedestrians, cyclists, equestrians (in non-urban sections) and other non-motorized users.

The American Tobacco Company was a tobacco company founded in 1890 by J. B. Duke through a merger between a number of U.S. tobacco manufacturers including Allen and Ginter and Goodwin & Company. The company was one of the original 12 members of the Dow Jones Industrial Average in 1896. The American Tobacco Company dominated the industry by acquiring the Lucky Strike Company and over 200 other rival firms. Antitrust action begun in 1907 broke the company into several major companies in 1911.

Durham Athletic Park, affectionately known as "The DAP" (pronounced like "cap"), is a former minor league baseball stadium in Durham, North Carolina. The stadium was home to the Durham Bulls from 1926 through 1994. As of 2010, the DAP still stands north of the downtown area of Durham, on the block bounded by Washington, Corporation, Foster and Geer Streets.

Durham Bulls Athletic Park, frequently called the DBAP (pronounced D-bap), is a ballpark in Durham, North Carolina that is home to the Durham Bulls, the AAA affiliate of the Tampa Bay Rays of Major League Baseball. It is also home to the Duke Blue Devils and North Carolina Central Eagles college baseball teams. The 10,000-seat park was opened in 1995 and is a $18.5-million brick ballpark.

Durham School of the Arts

Durham School of the Arts (DSA) is a secondary magnet school located in downtown Durham, North Carolina, United States, housing 1,381 students. Its focus is on the visual and performing arts. Arts offerings include 3D and 2D art, chorus, dance, guitar, strings, band, piano, acting, technical theatre, writing, and computer classes. Teachers of all subjects are encouraged to incorporate the arts into their teaching to maximize student engagement.

The Durham Amtrak Station, located in Durham, North Carolina is served by two passenger trains, the Carolinian and Piedmont. The street address is 601 West Main Street and is located in West Village in downtown Durham. The station is open from 6:30am to 9:00pm daily. There is free, unattended parking at the station. The station is located in the Walker Warehouse building of the former Liggett and Myers complex. It opened on July 8, 2009.

Durham Central Park is an arts-themed, community-focused, municipal park in downtown Durham, North Carolina. It is located at 502 Foster Street, and is the site of the newly opened Pavilion at Durham Central Park which hosts the Durham Farmers' Market.

Triangle Brewing Co. (TBC) is a microbrewery owned and operated entirely by business partners (and high-school friends) Rick "the Brewer" Tufts and Andy "the Bloke" Miller, who have recently resettled in Durham, North Carolina from Connecticut. Andy Miller had extensive local restaurant management experience, and Rick Tufts apprenticed at Flying Fish Brewing Company and was an avid homebrewer long before founding a new brewery.

The Durham Farmers' Market is a producer-only farmer's market located in Durham, North Carolina, established in 1998. As part of the Market's emphasis on locally-produced produce, crafts and flowers, items sold by the Market's more than 50 vendors are restricted to traveling no more than 70 miles on its journey to Durham. The Market is open year-round on Saturday mornings, and Wednesday mornings from April to November.

These districts belong to Durham.

These are some bigger and more relevant cities in the wider vivinity of Durham.