Alveston in South Gloucestershire (England) with it's 2,656 habitants is a town located in United Kingdom about 103 mi (or 167 km) west of London, the country's capital town.

Time in Alveston is now 03:14 AM (Monday). The local timezone is named Europe / London with an UTC offset of one hour. We know of 10 airports closer to Alveston, of which 5 are larger airports. The closest airport in United Kingdom is Bristol Filton Airport in a distance of 5 mi (or 9 km), South-West. Besides the airports, there are other travel options available (check left side).

There are several Unesco world heritage sites nearby. The closest heritage site in United Kingdom is Blaenavon Industrial Landscape in a distance of 21 mi (or 34 km), North-West. Also, if you like the game of golf, there are some options within driving distance. We saw 1 points of interest near this location. In need of a room? We compiled a list of available hotels close to the map centre further down the page.

Since you are here already, you might want to pay a visit to some of the following locations: Thornbury, Tytherington, Almondsbury, Hill and Winterbourne. To further explore this place, just scroll down and browse the available info. 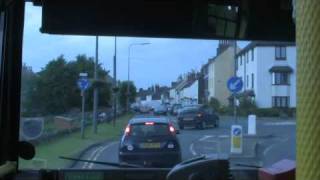 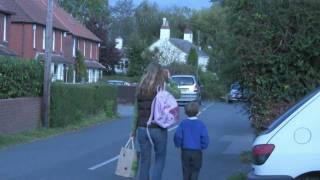 In January 2010, South Gloucestershire Council removed two silver birches in Thornbury High Street, claiming that the roots were damaging the pavement and causing pedestrians to trip [although... 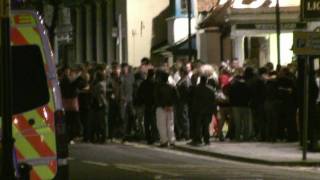 The High Street is taken over, just before midnight, in order to see in the new year. The police don't intervene, but just stand by, in case of violence or serious disorder. 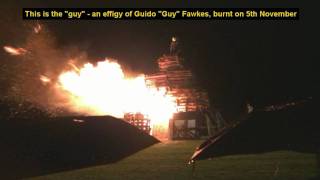 The Bonfire (with Guy) at Thornbury Round Table's Family Fireworks Fiesta

On Saturday, 7 November 2009, Thornbury Round Table held its Family Fireworks Fiesta in Mundy Playing Fields. This is the traditional bonfire with an effigy of Guy Fawkes on top. Guy Fawkes... 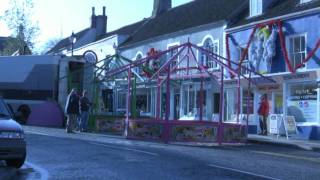 Thornbury High Street - closure to traffic and assembly of funfair

On Tuesday, 17 November 2009, Thornbury had its Christmas Lights Switch-on in the High Street. This is the funfair being assembled prior to opening in the evening. 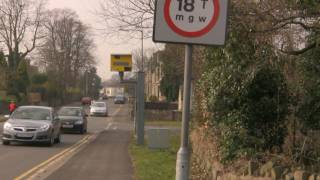 Use of CCTV for public surveillance - a new system, funded by the Home Office, has been installed in the High Street, Thornbury. Do you know where the cameras are, and where they are being... 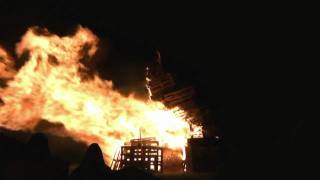 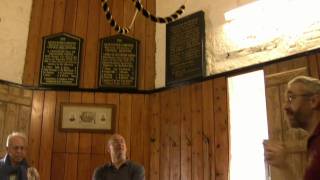 On Saturday, 11 September 2010, in the afternoon, the church tower of St. Mary the Virgin, Thornbury was open to the public, as part of the Heritage Open Days programme arranged by English... 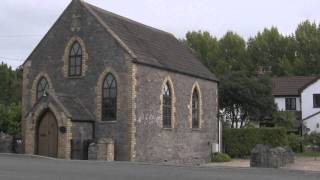 Ebenezer Primitive Methodist Chapel is a former Methodist chapel, dated 1890, and located on the east side of Gloucester Road in Rudgeway (between Alveston and Almondsbury). It is a listed... 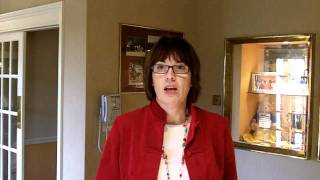 http://www.alvestonhousehotel.co.uk/conferences +44 (0) 1454 415 050 Alveston House Hotel near Bristol and Thornbury has a range of conference and event facilities to meet your needs. Ideally...

Northavon was a district in the English county of Avon from 1974 to 1996. The district was formed by the Local Government Act 1972 on 1 April 1974 as part of a reform of local authorities throughout England and Wales. Under the reorganisation, the area surrounding the cities of Bath and Bristol was formed into a new county of "Avon", named after the river that ran through the area.

Rudgeway is a village in South Gloucestershire in south west England, located between Alveston and Almondsbury on the A38 trunk road. It lies east of Earthcott, Latteridge, Iron Acton and Yate on the B4059 road. The original village name was Ridgeway, since it was spread out along the upper edge of the escarpment above the Severn floodplain. Perhaps due to people mishearing the name, it evolved into Rudgeway. The former Methodist chapel built in 1896 is a small gothic structure.

Old Down is a hamlet in South Gloucestershire, near the larger villages of Olveston and Tockington and a mile west of Alveston. A tourist attraction called Old Down Country Park now occupies the country house in the village, and there is also a pub, The Fox, as well as several sporting facilities (a cricket club, football pitch and a bowling green). The local Scout Hut has just been replaced at the top of Old Down Hill.

Northavon was, from 1983 until 2010, a constituency represented in the House of Commons of the Parliament of the United Kingdom. It elected one Member of Parliament (MP) by the first past the post system of election.

Thornbury Rural District was a rural district council centred around Thornbury in the south of Gloucestershire. It was abolished in 1974 and the majority of it transferred into the new county of Avon, as part of the new district of Northavon. However a group of parishes in the north of the district, around Berkeley, wished not to transfer into the new county, but chose instead to remain with Gloucestershire, under the new Stroud District Council.

Thornbury railway station served the town of Thornbury in Gloucestershire. The station was the terminus of a short 7.5-mile (12 km) branch from Yate on the Midland Railway's line between Bristol and Gloucester. The station at Thornbury opened in 1872 with two trains in each direction a day, both connecting at Yate with trains on the mainline. Later trains appear to have run through to and from Bristol Temple Meads, though the service was never frequent.

The Thornbury Hoard is a hoard of 11,460 silver Roman coins, mainly radiates and nummi, dating from 260 to 348, found in the back garden of Ken Allen in Thornbury, South Gloucestershire, England while digging a pond in March 2004. It was described as the "third largest of its kind" found in Great Britain.

GLOSS FM was a community radio station in the United Kingdom, which started broadcasting to the South Gloucestershire area on 19 April 2010. It is a member of the Community Radio Association. It originally started as Thornbury FM, a smaller station broadcasting to the market town of Thornbury in November 2005. In November 2009, the station relocated its transmitter which increased its coverage area.

These are some bigger and more relevant cities in the wider vivinity of Alveston.

This place is known by different names. Here the ones we know:
Alveston