Amman in Amman Governorate with it's 1,275,857 inhabitants is a city in Jordan. It's the capital of this country.

Local time in Amman is now 05:38 AM (Wednesday). The local timezone is named Asia / Amman with an UTC offset of 2 hours. We know of 11 airports in the vicinity of Amman, of which 5 are larger airports. The closest airport in Jordan is Amman-Marka International Airport in a distance of 3 mi (or 5 km), North-East. Besides the airports, there are other travel options available (check left side).

There are several Unesco world heritage sites nearby. The closest heritage site in Jordan is Um er-Rasas (Kastrom Mefa'a) in a distance of 31 mi (or 50 km), South. If you need a place to sleep, we compiled a list of available hotels close to the map centre further down the page.

Depending on your travel schedule, you might want to pay a visit to some of the following locations: Al `Abdalli, Al Juwayyidah, Al Jubayhah, Sahab and Ar Rusayfah. To further explore this place, just scroll down and browse the available info. 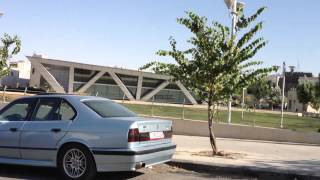 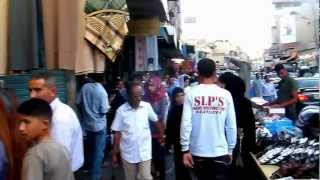 Sneak Peak for Amman from the top - #Amman #Jo #PhantomAmman 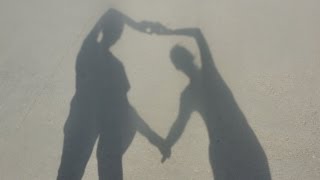 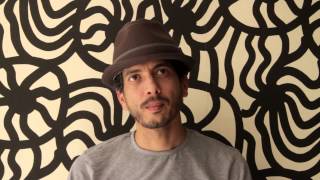 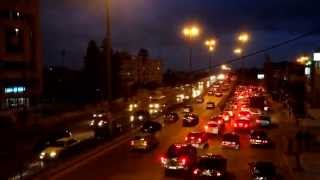 Amman in a hyperlapse 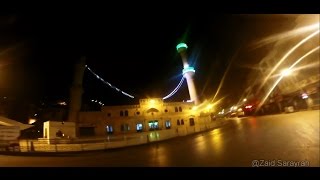 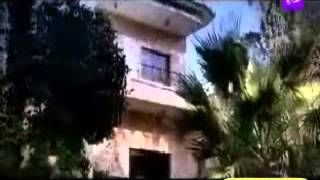 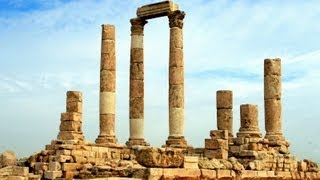 View from the Peak - of and from the Citadel of Amman, Jordan

Jabal al-Qal'a, also called The Citadel of Amman is a national historic site in Eastern Amman. The L-shaped hill is one of the seven that originally made up Amman. Evidence of occupation since...

Amman is the capital and largest city of Jordan. It is the country's political, cultural and commercial centre and one of the oldest continuously inhabited cities in the world. The Greater Amman area has a population of 2,842,629 as of 2010. The population of Amman is expected to jump from 2.8 million to almost 6.5 million by 2025 due to constant and rapid immigration. The recent economic growth experienced in Amman is unmatched by any other Arab city except those located in the Gulf.

The Raghadan Flagpole is a 126.8-metre tall flagpole in Amman, Jordan. It was built from steel and erected on the grounds of Raghadan Palace at the royal compound of Al-Maquar. The leader of Jordan, King Abdullah II, officially hoisted the country's flag on 10 June 2003. It was the tallest free-standing flagpole in the world at the time, and is clearly visible across the capital as well as from as far away as 20 kilometres .

The Roman Theatre is an ancient Roman theater in Amman, Jordan.

The Mango House is a building in Amman, Jordan. Situated on Mango Street, the house looks out toward Jabal Akhddar on the other side of the valley that is downtown Amman.

The Amman Citadel is a national historic site at the center of downtown Amman, Jordan. Known in Arabic as Jabal al-Qal'a, (جبل القلعة), the L-shaped hill is one of the seven jabals that originally made up Amman. Evidence of occupation since the pottery Neolithic period has been found, making it among the world's oldest continuously inhabited places.

Located at 31.9547, 35.9343 (Lat. / Lng.), about 1 miles away.
Wikipedia Article
Buildings and structures in Amman, Mountains of Jordan, Archaeological sites in Jordan

These districts belong to Amman.

These are districts that are close by, but belong to a different city than Amman.

These are some bigger and more relevant cities in the wider vivinity of Amman.