Perth
in Perth and Kinross of Scotland, United Kingdom

Perth in Perth and Kinross (Scotland) with it's 47,180 habitants is a town located in United Kingdom about 363 mi (or 585 km) north of London, the country's capital town.

Time in Perth is now 09:39 PM (Saturday). The local timezone is named Europe / London with an UTC offset of one hour. We know of 9 airports closer to Perth, of which 3 are larger airports. The closest airport in United Kingdom is Perth/Scone Airport in a distance of 4 mi (or 6 km), North-East. Besides the airports, there are other travel options available (check left side).

There are two Unesco world heritage sites nearby. The closest heritage site in United Kingdom is Old and New Towns of Edinburgh in a distance of 40 mi (or 64 km), South-East. Also, if you like the game of golf, there are some options within driving distance. In need of a room? We compiled a list of available hotels close to the map centre further down the page.

Since you are here already, you might want to pay a visit to some of the following locations: Glenrothes, Alloa, Dundee, Livingston and Edinburgh. To further explore this place, just scroll down and browse the available info.

P is for Perth

No potatoes were used in the filming of this video, they were however used heavily during the rendering process. Sadly the best copy of Brokehead's first skate video. Dropbox link: https://www.dro... 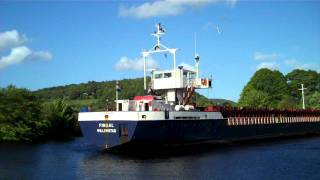 Tour Scotland video shot on the evening of 20th May of a cargo ship docking at the harbour in Perth, Perthshire, Scotland. The cargo ship Fingal Willemstad docking at Perth Harbour at 6pm this... 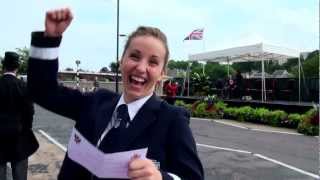 The Queen's visit to Perth Scotland as part of her Diamond Jubilee tour. July 6th 2012. I received a letter of thanks from the Queen when sent her a DVD copy of this Film. 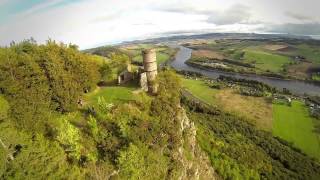 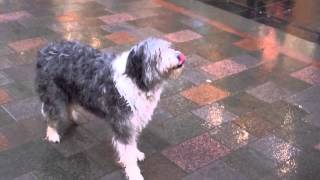 Tour Scotland video of a Scottish Bearded collie dog doing tricks on the High Street by the Christmas Market on visit to Perth, Perthshire. It was pleasure to meet Roger Thomas and his wonderful... 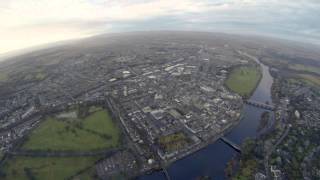 A few hours of favourable weather allowed a quick trip around my local City of Perth. With the aim of sourcing some dryer fields to take off from, I've edited some well recognised parts around... 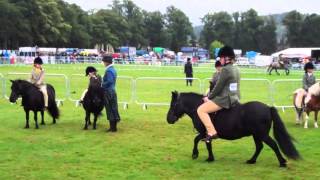 Tour Scotland video of Shetland ponies with riders on visit to Perth Agricultural Show in Perthshire. The show is a two day event held on the South Inch Park in Perth. 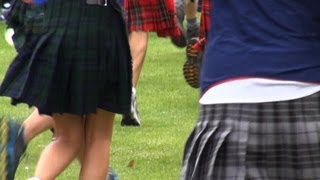 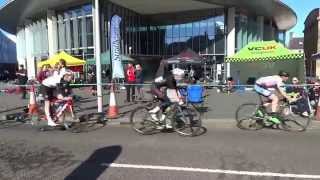 Tour Scotland video of the boys cycle race on the ScottishPower Youth Cycle Tour on visit to the city centre of Perth, Perthshire. 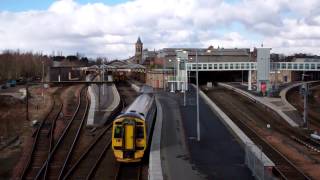 Tour Scotland March video of a passenger train arriving at the railway station on visit to Perth, Perthshire. Passenger services are operated by First ScotRail and East Coast, and the station...

Perth and North Perthshire is a county constituency of the House of Commons of the Parliament of the United Kingdom. It elects one Member of Parliament (MP) by the first past the post system of election.

The Diocese of St Andrews, Dunkeld and Dunblane is one of the seven dioceses of the Scottish Episcopal Church. It is centred on St Ninian's Cathedral in Perth, and covers Fife, Perth and Kinross, Clackmannanshire, and eastern and central Stirling (western Stirling is in the Diocese of Glasgow and Galloway). The current Bishop of St Andrews, Dunkeld and Dunblane is the Most Reverend David Chillingworth, who is also Primus of the Church.

Located at 56.395, -3.435 (Lat. / Lng.), about 0 miles away.
Wikipedia Article, Homepage
Dioceses of the Scottish Episcopal Church, Religion in Perth and Kinross

Perth Museum and Art Gallery is the main museum and exhibition space in the city of Perth, Scotland. It is located on George Street in a building dating back to 1824 and substantially extended by the art gallery in 1932-35.

Battle of the North Inch

The Battle of the North Inch (also known as the Battle of the Clans) was a staged battle between the Chattan Confederation and the "Clan Kay" in September 1396. 30 men were selected to represent each side in front of spectators that included King Robert III of Scotland and his court, on land that is now the North Inch park in Perth, Scotland. The Cattanach killed all but one of their opponents at a cost of 19 deaths on their own side, and were awarded the victory.

The Church of the Friars Preachers of Blessed Virgin and Saint Dominic at Perth, commonly called "Blackfriars", was a mendicant friary of the Dominican Order founded in the 13th century at Perth, Scotland. The Dominicans ("Black friars") were said by Walter Bower to have been brought to Scotland in 1230 by King Alexander II of Scotland, while John Spottiswood held that they were brought to Scotland by William de Malveisin, Bishop of St Andrews.

Perth Charterhouse or Perth Priory, known in Latin as Domus Vallis Virtutis ("House of the Valley of Virtue"), was a monastic house of Carthusian monks based at Perth, Scotland. It was the only Carthusian house ever to be established in the Kingdom of Scotland, and one of the last non-mendicant houses to be founded in the kingdom. The traditional founding date of the house is 1429. Formal suppression of the house came in 1569, though this was not actualised until 1602.

Perth Bridge (also known as Smeaton's Bridge and, locally, the Old Bridge) is a toll-free bridge in the city of Perth, Scotland. It spans the River Tay, connecting Perth, on the eastern side of the river, to Bridgend, on its western side, carrying both automotive and pedestrian traffic of West Bridge Street. The bridge was completed in October 1771, which places it in the Georgian era; however, its plaque states the year in which construction began, 1766, as its "built" date.

Perth Theatre is a Victorian playhouse situated at 185 High Street, Perth, Scotland. It was opened in 1901 and extended in 1991. A memorial foundation stone was laid on 6 October 1889 by George Alexander, actor and manager of the St James's Theatre, London. The building is category B listed by Historic Scotland.

These are some bigger and more relevant cities in the wider vivinity of Perth.