Doncaster in Doncaster (England) with it's 158,141 citizens is a town in United Kingdom about 145 mi (or 234 km) north of London, the country's capital city.

Current time in Doncaster is now 09:53 PM (Saturday). The local timezone is named Europe / London with an UTC offset of one hour. We know of 10 airports near Doncaster, of which 5 are larger airports. The closest airport in United Kingdom is Robin Hood Doncaster Sheffield Airport in a distance of 6 mi (or 9 km), South-East. Besides the airports, there are other travel options available (check left side).

There are several Unesco world heritage sites nearby. The closest heritage site in United Kingdom is Liverpool – Maritime Mercantile City in a distance of 10 mi (or 15 km), South-East. Also, if you like playing golf, there are a few options in driving distance. Looking for a place to stay? we compiled a list of available hotels close to the map centre further down the page.

When in this area, you might want to pay a visit to some of the following locations: Rossington, Cantley, Marr, Tickhill and Stainton. To further explore this place, just scroll down and browse the available info. 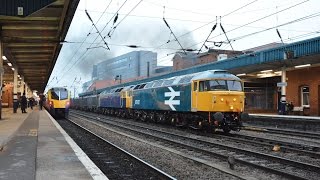 British Rail Large Logo 47847's first revenue earning run with GBRf, with 47843 passing Doncaster working a Gypsum Train from Drax to Doncaster Down Decoy. The Pacer is sounding it's horn... 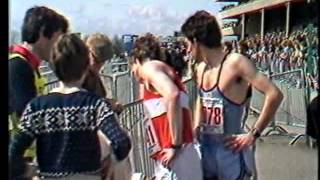 Some great footage from the 1983 St Ledger Half Marathon. Do you recognise anyone? 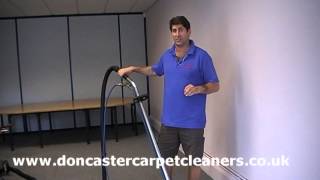 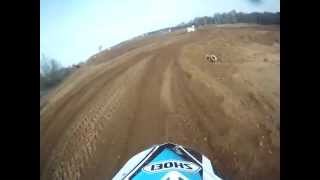 Some laps from today at Doncaster Moto Parc​ 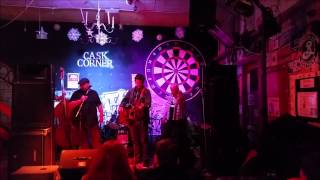 Playing at the Dryathlon charity fundraiser for Cancer UK. 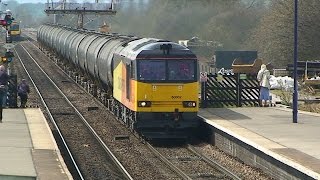 on this nice n sunny spring day phil6219 and dave c take a trip out with me to barnetby stopping off at doncaster for the doncaster /hull working ft 47847 . after about 2hrs we move over to... 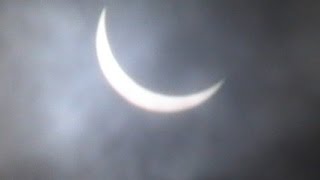 The Metropolitan Borough of Doncaster is a metropolitan borough of South Yorkshire in Yorkshire and the Humber Region of England. In addition to the town of Doncaster, the borough covers Mexborough, Conisbrough, Thorne and Finningley.

Doncaster Central is a constituency represented in the House of Commons of the UK Parliament since 1997 by Rosie Winterton of the Labour Party.

The A18 is a road in England that links Doncaster in South Yorkshire with Ludborough in Lincolnshire, via Scunthorpe.

The Minster and Parish Church of St George, Doncaster, also known as Doncaster Minster, is a parish church in the Church of England. It is one of the Greater Churches.

The King's Own Yorkshire Light Infantry (KOYLI) was a regiment of the British Army. It officially existed from 1881 to 1968, but its predecessors go back to 1755. The regiment's traditions and history are now maintained by The Rifles.

HM Prison Doncaster, is a Category B men's private prison, located in the Marshgate area of Doncaster in South Yorkshire, England. The prison is operated by the Serco Group.

Located at 53.5248, -1.1458 (Lat. / Lng.), about 1 miles away.
Wikipedia Article
Category B prisons in England, Buildings and structures in Doncaster, Prisons in South Yorkshire, 1994 establishments in England

Doncaster Education City (or DEC) is a £90 million higher and further education facility in Doncaster, South Yorkshire, England. The centrepiece of the project is a new purpose-built campus in the centre of the town nicknamed The Hub. DEC is a joint project between Doncaster College, Doncaster Metropolitan Borough Council, the South Yorkshire Learning and Skills Council and Yorkshire Forward.

Located at 53.529, -1.136 (Lat. / Lng.), about 0 miles away.
Wikipedia Article
Buildings and structures in Doncaster, Education in Doncaster

The Frenchgate Centre is a large shopping centre located in the town centre of Doncaster, South Yorkshire. It is named after the street of the same name that formed one of the old gates of medieval Doncaster. The centre has been the heart of the town for over 40 years and was originally called the Arndale Centre because it was built, owned and managed by the Arndale Group.

Town Fields is a large area of public land in Doncaster, South Yorkshire, England that has belonged in the public domain for many hundreds of years.

Doncaster Museum and Art Gallery is a museum in Doncaster, South Yorkshire, England. The museum won the "Most Improved Audience Figures" award from Audiences Yorkshire.

The Doncaster rail crash was a railway accident that took place near to Doncaster, England. On 16 March 1951 the 10:04 Doncaster to London Kings Cross consisting of 14 coaches (and a horse box at the rear) hauled by a LNER Thompson Class A2/2 No 60501 Cock o' the North locomotive left the station. Shortly afterwards the train was negotiating a tight crossover with a speed limit of 10 mph.

Mansion House is a Grade I listed building in Doncaster in South Yorkshire, England. It is used for meetings of Doncaster Metropolitan Borough Council, and by the civic mayor of the town for official receptions. During the 18th century, Doncaster's position on the Great North Road brought wealth to the town. The town's corporation was frequently called on to host entertainments, initially at the mayor's house or the Angel or Three Cranes inns.

These are some bigger and more relevant cities in the wider vivinity of Doncaster.