Arezzo
in Province of Arezzo of Tuscany, Italy

Current time in Arezzo is now 10:59 AM (Monday). The local timezone is named Europe / Rome with an UTC offset of one hour. We know of 13 airports near Arezzo, of which 5 are larger airports. The closest airport in Italy is Arezzo Airport in a distance of 2 mi (or 3 km), West. Besides the airports, there are other travel options available (check left side).

There are several Unesco world heritage sites nearby. The closest heritage site in Italy is Historic Centre of Siena in a distance of 29 mi (or 47 km), West. We encountered 1 points of interest in the vicinity of this place. If you need a hotel, we compiled a list of available hotels close to the map centre further down the page.

While being here, you might want to pay a visit to some of the following locations: Capolona, Subbiano, Badia al Pino, Castiglion Fiorentino and Castiglion Fibocchi. To further explore this place, just scroll down and browse the available info. 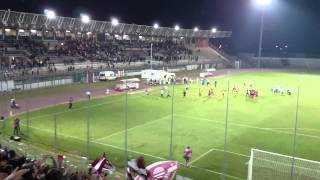 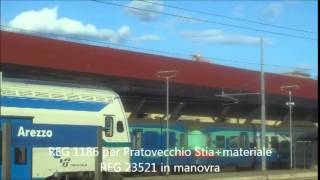 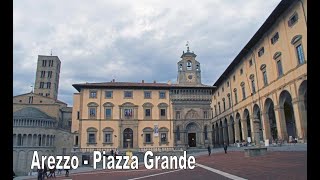 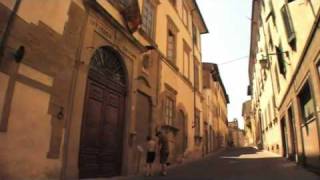 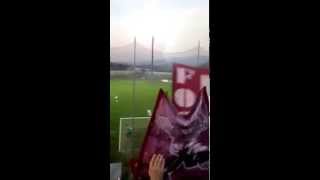 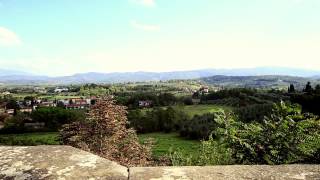 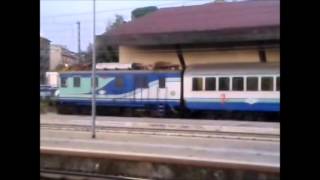 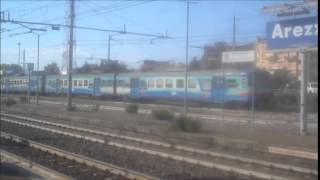 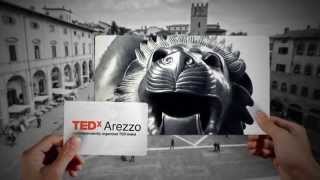 The Province of Arezzo or Arretium (Italian: Provincia di Arezzo) is the easternmost province in the Tuscany region of Italy. Its capital is the city of Arezzo. It has an area of 3,232 km², and a total population of about 350,000 in 39 comuni . At June 30, 2005, the main comuni by population are:

Stadio Città di Arezzo (formerly Stadio Comunale) is a multi-purpose stadium, located in Arezzo, Tuscany, Italy. It is used mostly for football matches and is the home of the A.S.D. Atletico Arezzo football club.

The Basilica of San Francesco is a late Medieval church in Arezzo, Tuscany, Italy, dedicated to St Francis of Assisi. It is especially renowned for housing in the chancel the fresco cycle Legends of the True Cross by Piero della Francesca.

Arezzo Cathedral is a Roman Catholic cathedral in the city of Arezzo in Tuscany, Italy. It is located on the site of a pre-existing Palaeo-Christian church and, perhaps, of the ancient city's acropolis.

Located at 43.467, 11.8832 (Lat. / Lng.), about 0 miles away.
Wikipedia Article
Cathedrals in Italy, Churches in Tuscany, Sites of papal elections, Burial places of popes, Buildings and structures in Arezzo

Arezzo railway station serves the city of Arezzo in Tuscany, Italy. This station is the most important in all the province.

These are some bigger and more relevant cities in the wider vivinity of Arezzo.

This place is known by different names. Here the ones we know:
Arezzo, Ареццо