Peakirk in Peterborough (England) is located in United Kingdom about 79 mi (or 127 km) north of London, the country's capital town.

Current time in Peakirk is now 12:00 PM (Wednesday). The local timezone is named Europe / London with an UTC offset of zero hours. We know of 13 airports close to Peakirk, of which 5 are larger airports. The closest airport in United Kingdom is RAF Cottesmore in a distance of 17 mi (or 27 km), West. Besides the airports, there are other travel options available (check left side).

There are several Unesco world heritage sites nearby. The closest heritage site in United Kingdom is Derwent Valley Mills in a distance of 28 mi (or 46 km), North. Also, if you like playing golf, there are some options within driving distance. If you need a hotel, we compiled a list of available hotels close to the map centre further down the page.

While being here, you might want to pay a visit to some of the following locations: Glinton, Northborough, Newborough, Marholm and Helpston. To further explore this place, just scroll down and browse the available info. 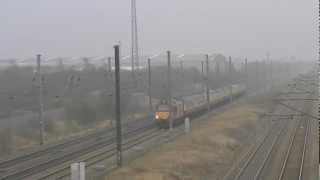 Here we see the London to York leg of 'The Cumbrian Mountain Express' on the 3rd March 2012. DB Schenker Class 67, 67026 is seen on the outward journey passing Marholm on the East Coast ... 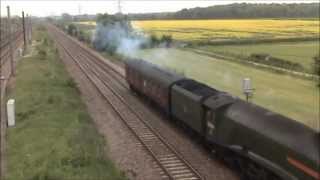 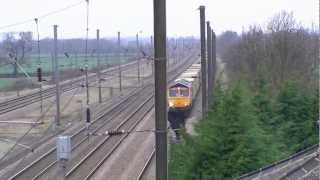 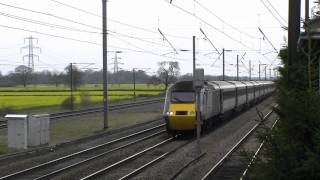 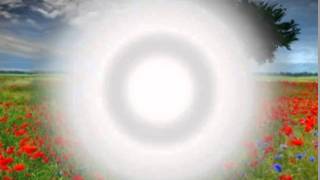 We have just created our website and wished to promote the Glinton Horticultural Society in order to attract new members to help on the Committee and the Societies events. The Society was formed... 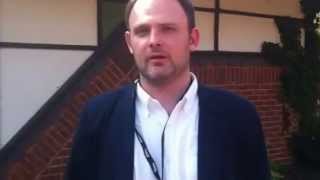 Cllr Darren Fower speaks to Matt Hadlington (Network Rail, Public Consultation Specialist) about the plans to improve rail travel between London and the North. Network Rail are looking to build... 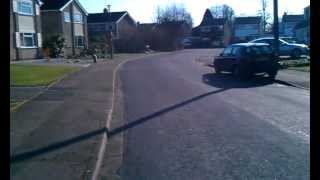 For some reason, Birkdale and others in the area have had their footpaths resurfaced, but Ainsdale residents are still waiting for there's to be done? 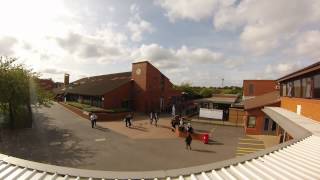 A quick video of breaktime at KSCS taken with a GoPro camera from up in the staffroom. 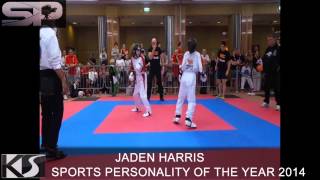 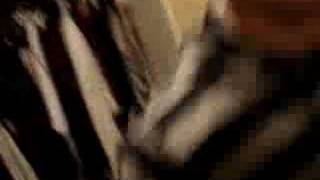 Burger drunk as a skunk!

The Deepings are the adjoining villages near the River Welland, 8 miles to the north of Peterborough and 10 miles or so east of Stamford in England. The area is just north of the Peterborough border in the Lincolnshire fens. The Deepings include: Deeping Gate, Deeping St James, Deeping St Nicholas, Market Deeping and West Deeping. The area is very low-lying, and gave The Deepings their name (a Saxon name translatable as either 'deep places' or 'deep lands').

Gunthorpe is a residential area of the city of Peterborough, Cambridgeshire in the United Kingdom. For electoral purposes it forms part of Paston and South Werrington wards. Geographically, Gunthorpe lies to the south of Werrington and north of Paston, with Fulbridge Road to the west; Car Dyke, the Roman ditch, straddles Gunthorpe's east side. Building began in the 1950s and continued until the early 1990s.

Deeping Gate is a village and civil parish, lying on the River Welland in Cambridgeshire. Traditionally, the area was part of the Soke of Peterborough, geographically considered a part of Northamptonshire; it now falls within the City of Peterborough unitary authority area.

Frognall is a small village lying North East of Deeping St James in Lincolnshire, England. It is located on Spalding road, the B1525 on its route Northwards from Deeping towards the Deeping bypass and on to Spalding. Although it is not generally considered one of the constituent settlements within the Deepings, its geographical location within the civil and ecclesiastical parish of Deeping St James renders it inevitable that it be considered part of Deeping.

Peakirk railway station served the parish of Peakirk in Cambridgeshire. The station building was converted into a private residence in the early 1990s. It is notable for having few external alterations, excluding a recent extension. Many of the original features are intact, though the platform and good yards have been removed and been replaced with housing. Former Services Preceding station Disused railways Following station St James Deeping   Great Northern Railway   Peterborough North

St James Deeping is a former railway station in Lincolnshire, England. It was on a line running from Peterborough to Spalding which is still open for passenger and freight traffic. Former Services Preceding station Disused railways Following station Littleworth   Great Northern Railway   Peakirk

Walton railway station was a station in Walton, Cambridgeshire. It was on the Midland Railway's Syston and Peterborough Railway line between Peterborough and Stamford. It was closed in 1953. The Great Northern Railway main line runs adjacent to the Midland Railway at this point, but the Great Northern never had a station in Walton.

Deeping St. James Priory was a priory in Lincolnshire, England. In 1139 Baldwin Fitz Gilbert established the Benedictine Priory of Saint James at Deeping as a cell of Thorney Abbey. The house was dissolved in 1539. On the south-east side of the churchyard was the priory tithe barn, which measured 90 feet by 20 feet, 6 inches internally. It has variously been described as 13th century, late 15th century, or 17th century. It was demolished in 1963.

These are some bigger and more relevant cities in the wider vivinity of Peakirk.

Christmas 2020 At Peterborough
Starting at: no exact start time given.
More Information: eventful.com.