Safety Score: 3,0 of 5.0 based on data from 9 authorites. Meaning we advice caution when travelling to Slovakia.

Bratislava in Bratislava with it's 423,737 citizens is a city in Slovakia. It's the capital of this country.

Local time in Bratislava is now 06:58 AM (Saturday). The local timezone is named Europe / Bratislava with an UTC offset of one hour. We know of 10 airports in the vicinity of Bratislava, of which 4 are larger airports. The closest airport in Slovakia is M. R. Štefánik Airport in a distance of 5 mi (or 8 km), East. Besides the airports, there are other travel options available (check left side).

There are several Unesco world heritage sites nearby. The closest heritage site is Historic Centre of Vienna in Austria at a distance of 34 mi (or 54 km). Looking for a place to stay? we compiled a list of available hotels close to the map centre further down the page.

When in this area, you might want to pay a visit to some of the following locations: Kittsee, Berg, Wolfsthal, Pama and Deutsch Jahrndorf. To further explore this place, just scroll down and browse the available info. 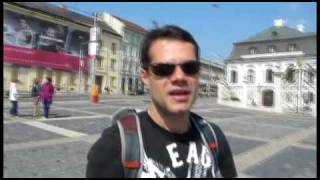 Viagem a Bratislava no Eslováquia Trip to Bratislava, Slovakia. 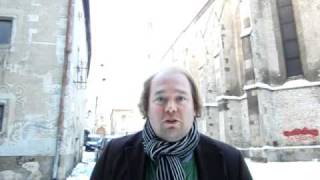 http://www.woltersworld.com ○ Visiting another continent is exciting, but can be overwhelming. This video is here to help put all you tourists at ease when visiting Eastern Europe! The video... 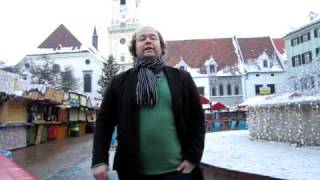 http://www.woltersworld.com Eastern Europe is a blast, whether on the dunes of Lithuania, Charles Bridge in Prague or searching for Dracula in Romania you will love traveling through Eastern... 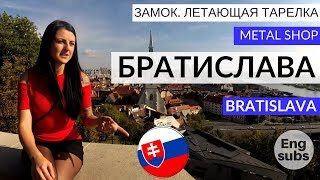 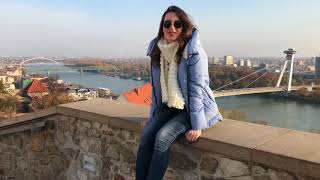 One sunny day in Bratislava. 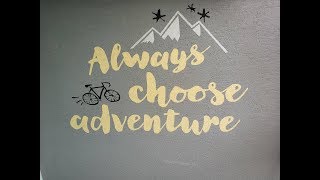 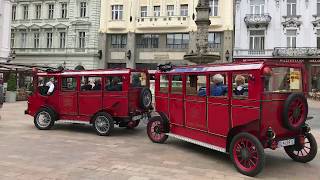 On the way to Vienna, we make a pause in Bratislava, capital of Slovakia. This is short sightseeing in 2,5 hours through this city. 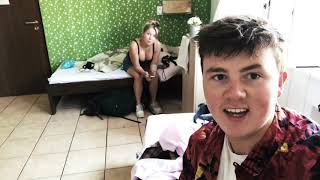 Bratislava is a hidden gem and you should totally go. Too bad we missed a day due to being hung over ( whoops ) 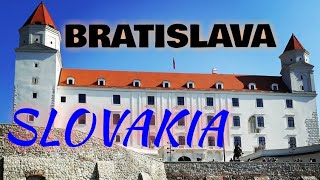 My Solo trip from Doha -Austria-Slovakia one of the safest countries I've been to as a women solo traveller.

In Bratislava, Slovakia, Michael's Gate is the only city gate that has been preserved of the medieval fortifications and ranks among the oldest town buildings. Built about the year 1300, its present shape is the result of baroque reconstructions in 1758, when the statue of St. Michael and the Dragon was placed on its top. The tower houses the Exhibition of Weapons of Bratislava City Museum.

Located at 48.1451, 17.1067 (Lat. / Lng.), about 0 miles away.
Wikipedia Article
Gates, Buildings and structures in Bratislava, Visitor attractions in Bratislava

Old Town Hall is a complex of buildings from the 14th century in the Old Town of Bratislava, the capital of Slovakia. It is the oldest city hall in the country and it is one of the oldest stone buildings still standing in Bratislava, with the tower being built approximately in 1370. The town hall was created in the 15th century by connecting three townhouses, and then went through several reconstructions in the course of the centuries.

Located at 48.1439, 17.1091 (Lat. / Lng.), about 0 miles away.
Wikipedia Article, Homepage
Buildings and structures in Bratislava, Seats of local government, Visitor attractions in Bratislava

The Grassalkovich Palace is a palace in Bratislava and the residence of the president of Slovakia. It is situated on Hodžovo námestie, near the Summer Archbishop's Palace. The building is a Rococo/late Baroque summer palace with a French garden. It was built in 1760 for Count Antal Grassalkovich, a Hungarian noble serving as the head of the Hungarian Chamber (a sort of ministry of economy and finance for the Kingdom of Hungary), by architect Anton Mayerhofer.

The Summer Archbishop's Palace or Summer Archiepiscopal Palace (Slovak: Letný arcibiskupský palác, Hungarian: érseki nyári palota) is a palace in Bratislava which houses the government of Slovakia (the Slovak Republic Government Office). The restored palace with its English garden is inaccessible to the public.

The Franciscan Church is the oldest religious (sacral) building in the Old Town of Bratislava, the capital of Slovakia. The church was consecrated in the year 1297 in the presence of King Andrew III of Hungary. In the past, the church building served for larger gatherings of townspeople or Hungarian nobles. In 1526 Ferdinand I, Holy Roman Emperor was elected here to become the King of Hungary.

Mirbach Palace is a Rococo-style palace in the Old Town, Bratislava, built from 1768 to 1770 for Bratislava (then Pressburg) brewer Michal Spech. The palace is named after its last owner, Count Emil Mirbach. Count Emil Mirbach was shot in 1945 by the invading Russians and the palace was expropriated along with the contained Mirbach's art collections. The palace was completely renovated in 1975 and made a seat of the Bratislava City Gallery.

Miestodržiteľský palác (Vice Governor's palace in Bratislava) is an old and historically important building, located in capital of Slovakia, Bratislava, in the Main Square, Old Town. It was owned by the city of Bratislava until it was bought by the state in the 18th century for the purpose of housing The Vice Governor's Council. After World War II, the building was used by many institutions, until the Velvet Revolution in 1989.

The Trinitarian Church or Trinity Church, full name Church of Saint John of Matha and Saint Felix of Valois (Slovak: Kostol trinitárov, Trinitársky kostol or Trojičný kostol or Kostol svätého Jána z Mathy a svätého Felixa z Valois; incorrectly Holy Trinity Church), is a Baroque-style church in Bratislava's Old Town borough, on the Župné námestie square. The church was built on the place of older Church of St. Michael, which was demolished in 1529, along with the settlement of St.

The Holy Saviour Church (Slovak: Kostol Najsvätejšieho Spasiteľa, Jezuitský kostol) also called the Jesuit Church, is an originally protestant church from the 17th century on the Franciscan Square in the Old Town of Bratislava, Slovakia. Today, the church belongs to the Society of Jesus, known as the Jesuit Order.

Hodžovo námestie (English: Hodžovo Square, locally referred to as Mierko) is a major square in Bratislava, the capital of Slovakia. The square is located at the edge of Old Town, in front of the Slovak Presidential Palace, some 5 minutes walking distance from the historical city center. It is considered to be the center of Bratislava (although Main Square is also considered to be the center) and it is the place of almost all of the foreign states visits.

Botanical Garden of the Comenius University

Botanical Garden of the Comenius University (Slovak: Botanická záhrada UK) is the only botanical garden in Bratislava the capital of Slovakia. It is located between the Old Town and Karlova Ves districts by the river Danube and it contains over 4,000 plant species (including 1,200 species of cacti) covering an area of 7 hectares. Botanical Garden of the Comenius University is the oldest public botanical garden in Slovakia.

These districts belong to Bratislava.

These are districts that are close by, but belong to a different city than Bratislava.

These are some bigger and more relevant cities in the wider vivinity of Bratislava.