Jägerhaussiedlung in Politischer Bezirk Bruck an der Leitha (Niederösterreich) is a town located in Austria about 28 mi (or 45 km) east of Vienna, the country's capital place.

Time in Jägerhaussiedlung is now 03:43 PM (Thursday). The local timezone is named Europe / Vienna with an UTC offset of one hour. We know of 11 airports nearby Jägerhaussiedlung, of which 5 are larger airports. The closest is airport we know is M. R. Štefánik Airport in Slovakia in a distance of 11 mi (or 18 km). The closest airport in Austria is Vienna International Airport in a distance of 19 mi (or 18 km), East. Besides the airports, there are other travel options available (check left side).

There are several Unesco world heritage sites nearby. The closest heritage site in Austria is Historic Centre of Vienna in a distance of 27 mi (or 44 km), West. Need some hints on where to stay? We compiled a list of available hotels close to the map centre further down the page.

Being here already, you might want to pay a visit to some of the following locations: Wolfsthal, Hundsheim, Edelstal, Bad Deutsch-Altenburg and Berg. To further explore this place, just scroll down and browse the available info. 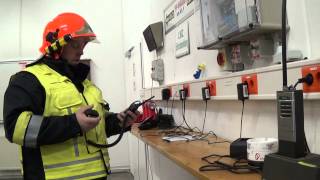 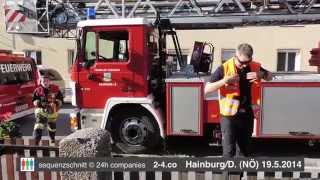 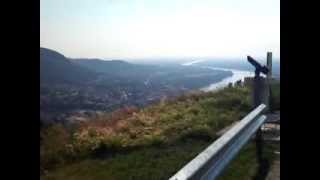 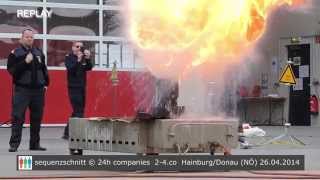 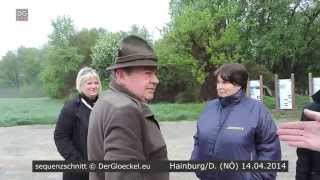 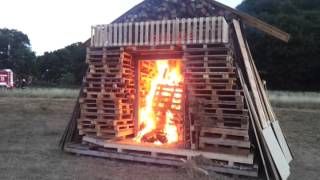 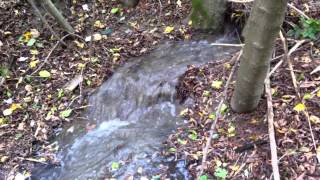 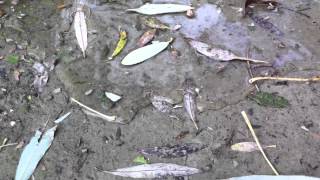 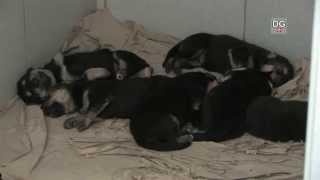 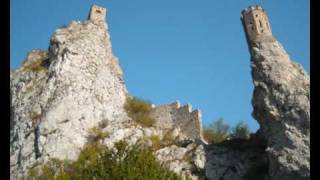 Devín Castle is a castle in Devín, which is a borough of Bratislava, the capital of Slovakia. Owing to its strategic position, the cliff (altitude of 212 meters) at the confluence of the Danube and Morava rivers was an ideal place for a fort. Its owner could control the important trade route along the Danube as well as one branch of the Amber Road. That is why the site has been settled since the Neolithic and fortified since the Bronze and Iron Age.

Devín Gate or Hainburger Gate is a natural gate in the Danube valley at the border of Slovakia and Austria. It is one out of four geomorphological areas of the Devín Carpathians, part of the Little Carpathians mountain range. Passau, Devín Gate, and the Iron Gates divide the Danube river into four distinct sections. Devín Gate has been inhabited since prehistoric times, with continuous settlement since 5000 BC.

Devínska Kobyla is the highest peak in the Devín Carpathians, part of the Little Carpathians mountain range, and the highest point of Bratislava, the capital of Slovakia. It is located between the boroughs of Devínska Nová Ves, Devín and Dúbravka, close to the border with Austria. Its peak elevation is 514 m (1686.3 ft) AMSL and its treeless summit contains an abandoned military rocket base (Slovak: Rádiotechnická hláska protivzdušnej obrany štátu) that is officially inaccessible to the public.

Located at 48.1906, 16.9958 (Lat. / Lng.), about 2 miles away.
Wikipedia Article
Geography of Bratislava, Mountains of Slovakia, Mountains of the Western Carpathians

Battle of the Theben Pass

The Battle of the Theben Pass was fought in the Theben pass near Wieselburg, where the March meets the Danube, in 1060. It was a victory for the nationalist part in Hungary over that of their own pro-German king. In 1058, Solomon, son of Andrew I of Hungary was betrothed to Judith, daughter of the Emperor Henry III. In Hungary, however, a party opposed to such close ties with Germany arose, led by Bela, Andrew's brother.

Devín Carpathians is a subdivision of the Little Carpathians mountain range, located entirely within Bratislava, the capital of Slovakia. It is bordered by the city boroughs of Devín from the west, Devínska Nová Ves from the north, Dúbravka from the east and Karlova Ves from the south. Its highest mountain is Devínska Kobyla at 514 m (1,686 ft) AMSL, it is also the highest point in Bratislava.

These are some bigger and more relevant cities in the wider vivinity of Jägerhaussiedlung.