Local time in Halle (Saale) is now 06:47 AM (Wednesday). The local timezone is named Europe / Berlin with an UTC offset of 2 hours. We know of 12 airports in the vicinity of Halle (Saale), of which 5 are larger airports. The closest airport in Germany is Leipzig Halle Airport in a distance of 12 mi (or 19 km), East. Besides the airports, there are other travel options available (check left side).

There are several Unesco world heritage sites nearby. The closest heritage site in Germany is Garden Kingdom of Dessau-Wörlitz in a distance of 31 mi (or 50 km), North-East. Looking for a place to stay? we compiled a list of available hotels close to the map centre further down the page.

When in this area, you might want to pay a visit to some of the following locations: Schkopau, Petersberg, Merseburg, Teutschenthal and Wiedemar. To further explore this place, just scroll down and browse the available info. 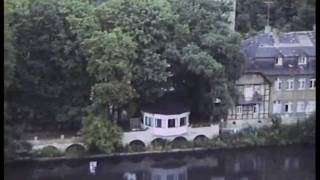 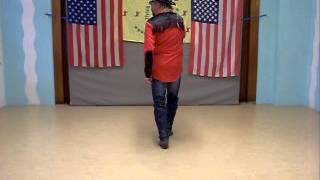 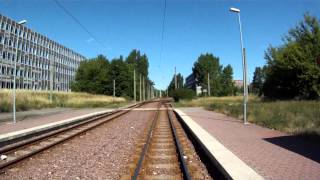 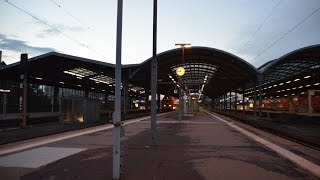 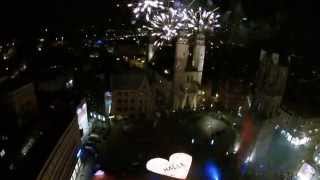 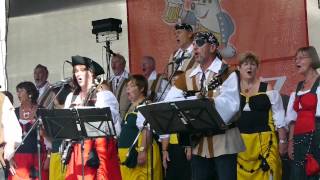 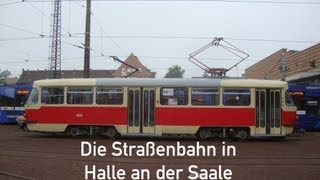 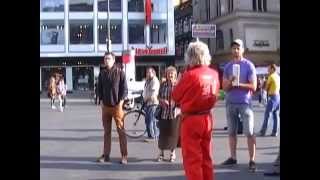 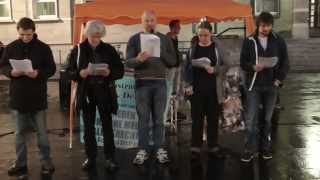 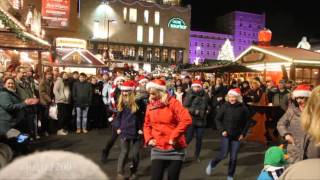 Dance at the Christmas Market in Halle (Saale)

The Moritzburg is a fortified castle in Halle (Saale), Germany. The cornerstone of what would later become the residence of the Archbishops of Magdeburg was laid in 1484; the castle was built in the style of the Early Renaissance and is one of the most imposing buildings of Halle today. Since the end of the 19th century it has housed an arts museum which is recognised of being of national importance.

89.0 RTL is a German radio channel whose studios are located in Halle (Saale). It aims at the 14-29 age bracket. It aired first on 24 August 2003 and replaced the radio channel Project 89.0 Digital. While it is licensed to Saxony-Anhalt, the exposed position of the Brocken at 3,743 ft allows the channel to cover large parts of central Germany, including Lower Saxony, Thuringia, Brandenburg and Saxony. The channel can be received on FM 89.0 and on DAB channel 12C.

Halle Central Station (Halle Hauptbahnhof) is the main railway station in the city of Halle in southern part of the German state of Saxony-Anhalt. The station is situated east of the city centre and is a category 2 station.

The Georg-Cantor-Gymnasium is a German gymnasium in Halle (Saale) with a special focus on mathematics and the sciences. The all-day school was founded in 1989. It is attended by just over 500 students and has a staff of about 60 teachers.

The Halle Opera House is an opera house in Halle, Saxony-Anhalt. Originally named the Halle Town Theatre (German: Stadttheater von Halle), the theatre was built in 1886. A bomb attack on 31 March 1945 destroyed much of the original building. Restorative work ensued a few years later, and the theatre reopened in 1951 under the name Landestheater Halle. In January 1992 it was renamed to its current title.

The Marktkirche Unser Lieben Frauen ("Market Church of Our Dear Lady") in the city of Halle, Saxony-Anhalt was built between 1529 and 1554 and is the most recent of its medieval churches. In German, its official name is shortened to Liebfrauenkirche but it is also referred to as Marienkirche (St. Mary's Church) and the Marktkirche (Market Church). The church was built between 1529 and 1554, replacing two former churches but keeping their towers.

The State Museum of Prehistory (Landesmuseum für Vorgeschichte) in Halle (Saale) is the archaeological museum of the German state of Saxony-Anhalt. Founded in Naumburg in 1819, it was moved to Halle in 1825, and within Halle to its present location in 1918. Its collection, comprising more than 15 million items, is among the most extensive and important in Germany. Among its most famous exhibits are the Nebra sky disk, the Eulau family graves and the Hornhausen rider stele.

These districts belong to Halle (Saale).

These are districts that are close by, but belong to a different city than Halle (Saale).

These are some bigger and more relevant cities in the wider vivinity of Halle (Saale).