Guelph in Wellington County (Ontario) with it's 115,760 residents is a town located in Canada about 259 mi (or 417 km) south-west of Ottawa, the country's capital place.

Time in Guelph is now 02:56 AM (Saturday). The local timezone is named America / Toronto with an UTC offset of -5 hours. We know of 11 airports nearby Guelph, of which 5 are larger airports. The closest airport in Canada is Waterloo Airport in a distance of 9 mi (or 14 km), South-West. Besides the airports, there are other travel options available (check left side).

Being here already, you might want to pay a visit to some of the following locations: Milton, Woodstock, Toronto, Erie and Mayville. To further explore this place, just scroll down and browse the available info. 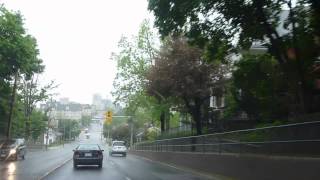 Driving through Guelph, Ontario on a rainy day in May. Approaching from the northeast on Eramosa Road (highway 124). Turning onto Woolwich Street / Wellington Street West and passing the ... 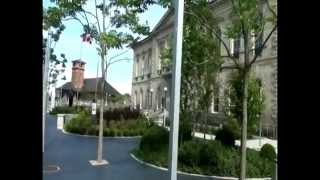 A Visit to Guelph, Ontario

A little look at the city of Guelph, Ontario from 2012. A bit from the drive back to Toronto as well. 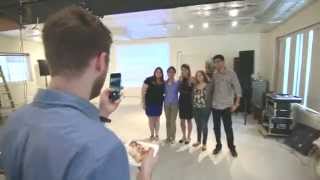 Guelph Professional House Painters | 226-790-0115 In this video we help you make sure that you'll like the colors you choose for your paint job. We understand that it can be stressful having...

Pest Control Guelph ON | (866)755-8173 | Best Local Exterminator Service Do you have a pest problem at your home or business? Don't panic and trust getting rid of them to just anyone! Call... 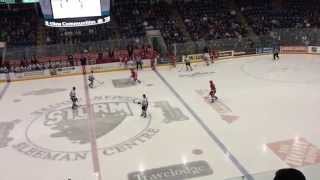 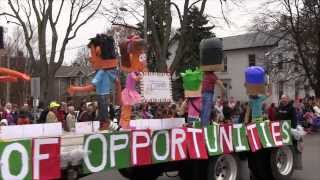 Here is the best of the 2013 Guelph Community Santa Claus Parade. 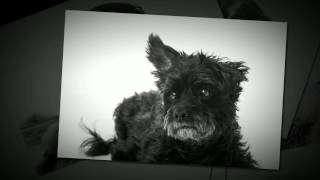 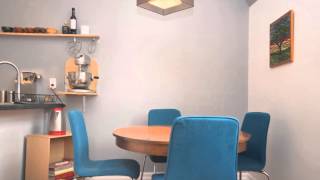 MLS 150702 St.Paul's Place Condos, a lifestyle like no other! Where else can you live in Guelph with easy access and proximity to your favorite downtown pubs and artisan restaurants? Conveniently... 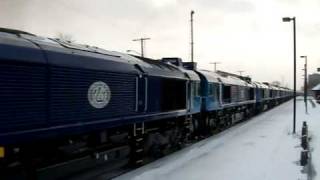 The Sleeman Centre (formerly the Guelph Sports and Entertainment Centre) is a 5,100 seat multi-purpose facility in Guelph, Ontario, Canada. The Sleeman Centre has hosted concerts, sporting and family events as well as trade shows and conferences. The arena hosted the 2002 Memorial Cup.

Guelph Central Station (also known as Guelph Central GO Station)is the main inter-modal transportation terminal in Guelph, Ontario, Canada. It serves Guelph Transit, Via Rail, GO Transit, Greyhound Canada and Aboutown Bus Service. It became fully operational in May 2012. It is located at 79 Carden Street where the current Via Rail railway station is and running along Carden Street to where the former Guelph Bus Terminal was at 141 Macdonnell Street.

Located at 43.5442, -80.2469 (Lat. / Lng.), about 0 miles away.
Wikipedia Article
Via Rail stations in Ontario, Transport in Guelph, GO Transit railway stations, Railway stations opened in 1911, Buildings and structures in Guelph

The Wellington Catholic District School Board is a school board in Ontario, Canada, serving the students of the City of Guelph and Wellington County. There are 3 high schools and 17 elementary schools serving roughly 8000 students.

Church of Our Lady Immaculate, Guelph

Church of Our Lady Immaculate (known locally as the Church of Our Lady) is a Roman Catholic church located in Guelph, Ontario, Canada designed by Joseph Connolly. It is considered Connolly's best work. To serve a Roman Catholic parish of predominantly German settlers this Gothic style-church was built between 1875 and 1883. The monumental church contains decorative carving and stained glass executed by skilled craftsmen. The church was designated a National Historic Site of Canada in 1990.

The Guelph Bus Terminal, formerly located at 141 MacDonell Street, is temporarily located at 17 Wyndham St South in Guelph, Ontario, Canada. It currently is the main intercity bus station for the community, while the downtown hub for local Guelph Transit bus services is at the nearby St. George's Square. Operators that use the temporary terminal include Aboutown, GO Transit and Greyhound. Coach Canada ended its service in early 2010.

Old City Hall is a historic building and a National Historic Site of Canada in Guelph, Ontario, Canada, which until April 2009 served as the headquarters of the city government. The building is now used as the Provincial Offences Courthouse, which handles matters such as traffic tickets, trespassing and liquor license violations.

The Guelph Farmers' Market has served as a cultural and commercial anchor in downtown Guelph since the first Market House was built in 1827. After 180 years it is still going strong and remains a popular stop on Saturday mornings for both locals and visitors. The Guelph Farmers' Market's website proclaims "Buy Local - Buy Fresh", reflecting the growing trend to "eat where you live" which is supported by local, national, international organizations and popular opinion.

Located at 43.5424, -80.2484 (Lat. / Lng.), about 0 miles away.
Wikipedia Article
Buildings and structures in Guelph, Culture of Guelph, Food markets in Canada, Visitor attractions in Guelph

Guelph City Hall is the seat of local government in Guelph, Ontario, Canada. Designed by Moriyama & Teshima Architects and completed in 2009, the new City Hall is located adjacent to the historic Old City Hall, which itself is now serving as a Provincial Offences Courthouse. Prior to the construction of the new City Hall, municipal departments had been spread across five different downtown locations. The Guelph Memorial Gardens arena was demolished to make way for the new civic building.

Located at 43.5433, -80.2483 (Lat. / Lng.), about 0 miles away.
Wikipedia Article
Municipal government of Guelph, Buildings and structures in Guelph, City and town halls in Ontario

These are some bigger and more relevant cities in the wider vivinity of Guelph.