Time in Sault Ste. Marie is now 10:10 PM (Monday). The local timezone is named America / Toronto with an UTC offset of -4 hours. We know of 8 airports nearby Sault Ste. Marie. The closest airport in Canada is Sault Ste Marie Airport in a distance of 9 mi (or 14 km), West. Besides the airports, there are other travel options available (check left side).

Also, if you like the game of golf, there are several options within driving distance. We collected 1 points of interest near this location. Need some hints on where to stay? We compiled a list of available hotels close to the map centre further down the page.

Being here already, you might want to pay a visit to some of the following locations: Sault Ste. Marie, Saint Ignace, Cheboygan, Newberry and Rogers City. To further explore this place, just scroll down and browse the available info. 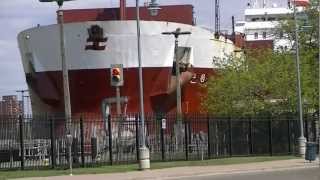 This a huge freighter in the Soo Locks. You can see the size relative to the passing cars and trucks. I see a lot of them go through and this one was quite impressive. This ship was previously... 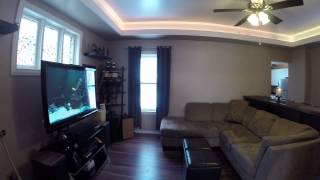 This is a perfect starter home. It`s ready to move right into, has a great private rear yard with lane way access and it is walking distance to many amenities such as the Station Mall, waterfront... 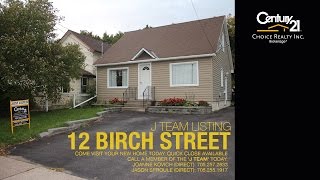 This updated and cozy home is centrally located and ideal for a first-time home owner. Energy efficient, three bedrooms, hot water heat and many updates including: insulation throughout, patio... 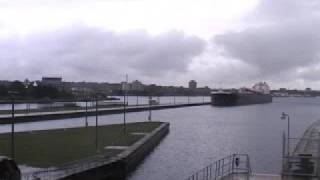 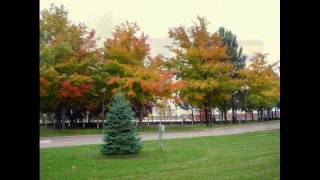 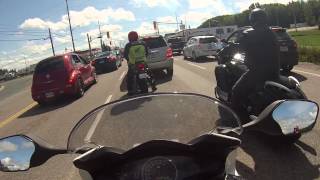 At the last minute I learned of our local dealership, Great Lakes Honda, hosting a "Come Ride With Us" event where you get to test ride the new motorcycles. I signed up to ride the CBR650F... 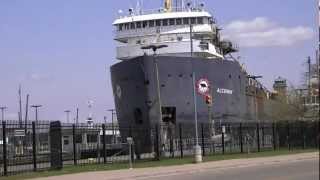 This is the Algoway in the Soo Locks headed to Lake Superior. This freighter is being recorded from across the street and it still looks huge. 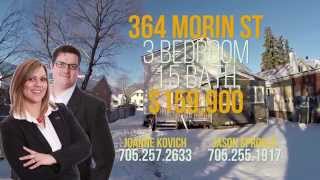 Now $154900: Centrally located and extensively renovated 3 bedroom home. All within the past year, this home has received a new kitchen open to the dining area and open concept main floor... 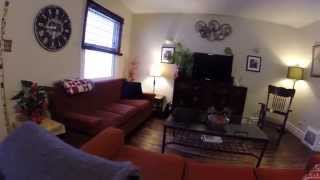 This home is currently unavailable on the market. Watch for it to come again soon! Space. Location. Character. These three words best describe this home. centrally located in a nice neighbourhood... 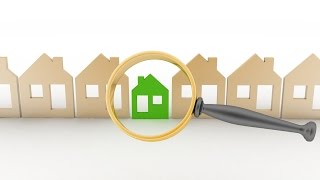 Buying or Selling a house in Sault Ste. Marie? Here's a quick look into the data behind our local Real Estate Market.

MS Norgoma was a Canadian package freighter and passenger ferry, that could also transport automobiles on a limited basis. Originally constructed as a steam-powered ship in 1950, SS Norgoma primarily sailed the route from her home port of Owen Sound to Sault Ste. Marie, providing a five-day round trip, once a week, serving isolated communities along the north shore of Lake Huron.

The Sault Memorial Gardens was the focal point of ice hockey in Sault Ste. Marie, Ontario, for 57 years from 1949 to 2006. It was located in the heart of the downtown district at 169 Queen Street. The Gardens was one of the first Northern Ontario arenas to have artificial ice, and seated 3,990 spectators. The arena was built as a war memorial, and hosted several teams over the years, but was primarily home to the Sault Ste. Marie Greyhounds of the Ontario Hockey League.

The Essar Centre is a 5,000 seat sports and entertainment centre in downtown Sault Ste. Marie, Ontario. It opened on September 29, 2006, replacing the now demolished Sault Memorial Gardens. The new building was constructed directly next door to the former Memorial Gardens and incorporated its most distinctive feature, the Memorial Tower, into its plans. The block surrounding the arena is called "Memorial Square. " The Essar Centre's primary tenant is the Sault Ste.

Gouin Street Arena is the predecessor to the Sault Memorial Gardens, Sault Ste. Marie's premier sports complex from 1949-2006. It was built in the early 1900s on Gouin Street between Queen and Bay Streets near East Street. The Arena housed in-season ice surfaces for both ice hockey and curling. The building's seating was bench-style (in much the same fashion as the Memorial Gardens) and capacity was around 1000. In 1910, a fire completely destroyed the Gouin Street building.

The Station Mall in Sault Ste. Marie, Ontario, Canada, is the largest shopping mall in Northern Ontario, with 120 stores and 555,000 square feet of retail space http://www. algonet. com/units/prop_stationmall. htm. Built in 1973, the mall has since undergone two major expansions. Its major tenants include Sears, Walmart and a 12-screen Galaxy Cinemas movie theatre complex. The mall is located on the waterfront in downtown Sault Ste. Marie, and is roughly five minutes away from the Sault Ste.

Canadian Bushplane Heritage Centre (CBHC), located on the north bank of the St. Marys River in Sault Ste. Marie, Ontario, Canada, is dedicated to preserving the history of bush flying and forest protection in Canada. It was founded in 1987 by a group of local volunteers to preserve the province's history in bush planes and aerial firefighting. The CBHC prides itself on being a completely interactive and hands-on museum, with fun activities for every member of the family.

The Art Gallery of Algoma is an art museum located on the St. Marys River in Sault Ste. Marie, Ontario, Canada. Featuring local, national, and international artists, it holds a collection of over 4,000 works of art.

The Diocese of Algoma is a diocese of the Ecclesiastical Province of Ontario of the Anglican Church of Canada. It comprises nearly 182,000 square kilometres of the Ontario districts of Algoma (from which it takes its name), Thunder Bay, Sudbury, Manitoulin, and parts of the districts of Nipissing and Timiskaming. The diocese forms a wide band stretching from just west of Thunder Bay on the northern shore of Lake Superior east to the border of Ontario and Quebec.

The Sault Ste. Marie Walk of Fame is a series of markers located on Queen Street in downtown Sault Ste. Marie, Ontario, Canada, adjacent to the Essar Centre sports arena. The Walk of Fame is a joint project between the city of Sault Ste Marie and its Downtown Association, and honours those from the city or the Algoma District who have made outstanding contributions to the community or have made significant achievements in their chosen field(s) of work. Inductees are added on an annual basis.

These are some bigger and more relevant cities in the wider vivinity of Sault Ste. Marie.