Current time in Owen Sound is now 09:01 AM (Monday). The local timezone is named America / Toronto with an UTC offset of -5 hours. We know of 12 airports close to Owen Sound, of which 5 are larger airports. The closest airport in Canada is Owen Sound / Billy Bishop Regional Airport in a distance of 5 mi (or 9 km), East. Besides the airports, there are other travel options available (check left side).

While being here, you might want to pay a visit to some of the following locations: Woodstock, Milton, Toronto, Port Huron and Bad Axe. To further explore this place, just scroll down and browse the available info.

BEST WESTERN INN ON THE BAY AND CONF CTR 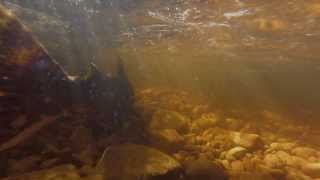 The Owen Sound Salmon Tour follows the spectacular migration of the Chinook salmon from the city's harbour to Inglis Falls, heading upstream along the Sydenham River. You can bike, hike, paddle... 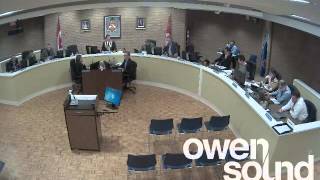 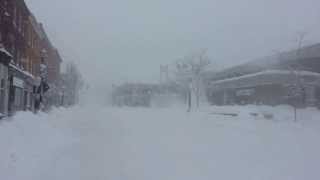 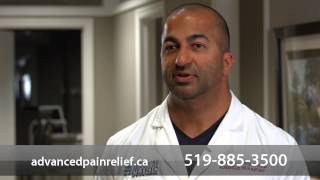 http://www.AdvancedPainRelief.ca - Call us today at 519-376-9355. At Advanced Pain Relief Clinic, we specialize in Chiropractic, Corrective Exercises, and Nutritional Counseling. In addition... 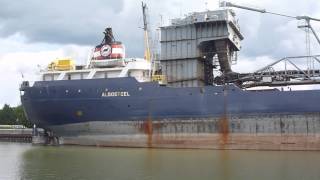 The ship Algosteel, belonging to Algoma Central Corporation, sits alone in the harbour at Owen Sound, Ontario, Canada. The Algosteel began life in 1966 as the A.S. Glossbrenner. The ship... 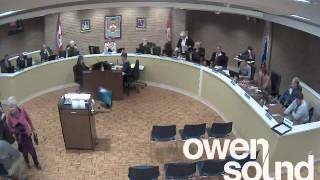 Sandy Stevenson, Board Chair for the Georgian Bay Symphony, provided an update on the upcoming season. • The Roxy Theatre was presented with a double facade grant for the property located... 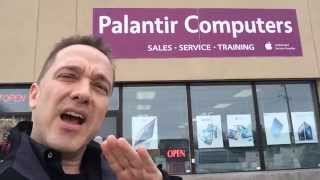 Palantir Computers is the Owen Sound Apple store offering all the latest mac products and support. They are located on the west side "sunset strip" as it's known in Owen Sound Ontario, and... 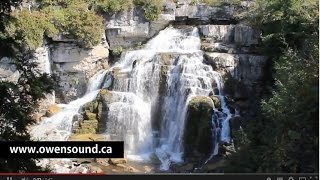 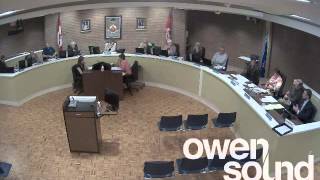 The Sydenham River is a river in Grey County in southern Ontario. The river flows north from a source near Williamsford, drops over the Niagara Escarpment at Inglis Falls and empties into Owen Sound harbour on Georgian Bay. It was named after Lord Sydenham, governor of Canada from 1839 to 1841. The Spey River is a tributary of this river.

CFOS is an AM radio station broadcasting from downtown Owen Sound, Ontario, Canada. They play oldies, classic adult contemporary music, and news (plus an adult standards/nostalgic music show, "Remember When," seven nights a week from 9-11 p.m. ), and are branded as 560 CFOS. 560 CFOS is owned and operated by Bayshore Broadcasting of Owen Sound.

Heritage Place is a shopping mall situated at 1350 16th Street East in Owen Sound, Ontario, Canada. As of January 2010 Heritage Place is managed by Primaris Management Inc. , it was acquired in 2007 by Primaris Retail REIT as part of a $95 million four mall purchase. It is the largest shopping centre in the Grey-Bruce County area at 313,000 sq ft . , located on the east side of Owen Sound, and has become the shopping mecca for the region.

One of three waterfalls that surround the city of Owen Sound, Ontario, Canada, Inglis Falls is the best known and most visited. Situated in the heart of the 200-hectare Inglis Falls Conservation Area, Inglis Falls is an 18 metre high cascade, created by the Sydenham River meeting the edge of the Niagara Escarpment. The water over the falls used to be partially diverted for hydro electric power generation, grain milling, and Owen Sound drinking water.

Owen Sound Transit provides local bus service and specialized transit for the city of Owen Sound, Ontario, which is located at the southwest end of Georgian Bay. Both of those services operate out of the downtown transit terminal. Regular bus service consists of a four route system with daytime operations from Monday through Saturday. All four routes provide a half hourly service on Monday to Friday between 6:30 am and 6:00 pm, with a less frequent Saturday service between 9:00 am and 5:30 pm.

The Harry Lumley Bayshore Community Centre contains the J.D. McArthur Arena, a 4,300-seat multi-purpose arena in Owen Sound, Ontario, Canada. The facility was opened in 1983 on the east shore of Owen Sound Bay (hence its name) and replaced the city's old downtown arena.

These are some bigger and more relevant cities in the wider vivinity of Owen Sound.