Current time in Brampton is now 04:33 AM (Monday). The local timezone is named America / Toronto with an UTC offset of -5 hours. We know of 9 airports near Brampton, of which 5 are larger airports. The closest airport in Canada is Lester B. Pearson International Airport in a distance of 7 mi (or 11 km), East. Besides the airports, there are other travel options available (check left side).

While being here, you might want to pay a visit to some of the following locations: Milton, Toronto, Woodstock, Lockport and Buffalo. To further explore this place, just scroll down and browse the available info. 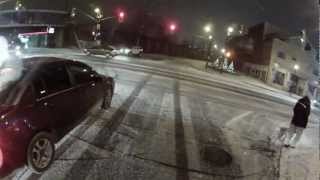 A Beautiful Snowfall in Brampton

This one is just for viewing pleasure. A beautiful snowy bike ride through downtown Brampton. Enjoy! 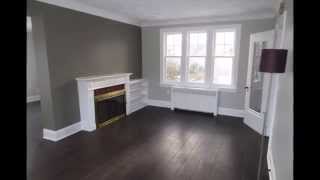 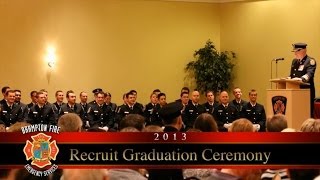 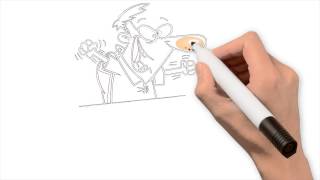 Has your site mysteriously lost its ranking? Causing you the loss of traffic to your website and the revenue to your business? You could have been hit by a Panda, a Penguin, a Hummingbird or... 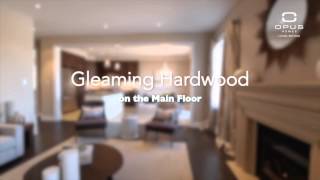 Our final home for sale in ValleyLands! Our model home is now for sale: http://www.opushomes.com/images/stories/communities/valleyland/salesheet2.pdf Call 1-866-234-3817 for more details,... 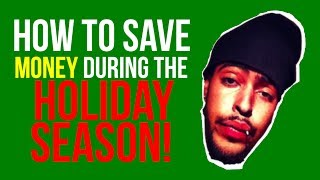 HOW TO SAVE MONEY DURING HOLIDAY SEASON! 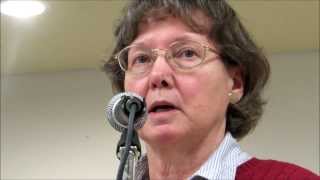 This is an edited summary of a 2 hour meeting organized by the Coalition of Concerned Citizens of Brampton-Peel Region. It was attended by passionate, frustrated, angry yet mostly constructive... 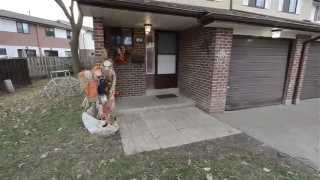 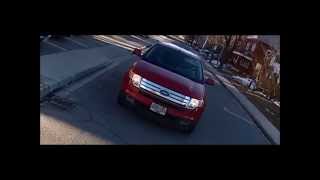 Brampton Board of Trade

Brampton GO Station is a railway station served by GO Transit and Via Rail, located at 27 Church Street West in downtown Brampton, Ontario, Canada. Like many other stations on the GO train network, Brampton is equipped with parking facilities, wheelchair-accessible train service, a station building housing a waiting room and ticket sales, and a nearby bus terminal. Brampton is served by GO trains on the Kitchener line between Toronto's Union Station and Kitchener, Ontario.

The Rose Theatre Brampton is located in downtown Brampton, Ontario. A series of public events throughout September 2006 culminated in a grand opening on 29 September featuring Diana Krall. The theatre includes a main performance hall with seating for 880, and a smaller multi-purpose hall with seating for 130-160, depending on configuration It was built as "a cultural and tourist destination that will attract significant new business to surrounding restaurants, shops and services".

Located at 43.6872, -79.7601 (Lat. / Lng.), about 0 miles away.
Wikipedia Article, Homepage
Buildings and structures in Brampton, Culture of Brampton, Postmodern architecture in Canada, Theatres in Ontario, Theatres completed in 2006, Visitor attractions in Brampton

Peel County Courthouse is a historic building located in Brampton, Ontario and served as a courthouse and jail for Peel County and Peel Region, as well as the first home of Peel Regional Council. The two court house was built in a Venetian Gothic style in 1865–66 by architect William Kauffman and Peel County Council began sitting in 1867. A tower is located in the centre top of the building. A three storey jail was added at the rear in 1867.

Brampton City Hall is home to Brampton City Council and the departments of the city. It is located at the intersection of Wellington Street and Main Street in downtown Brampton.

The Brampton Jail, also known as the Peel County Jail, is located in the city of Brampton, Ontario, Canada at the intersection of Wellington and Main Streets. Built in 1867, and closed in 1977, the building is now a part of the Peel Art Gallery, Museum and Archives, housing part of the museum and all of its storage, as well as the Regional archives reading room and storage.

The Downtown Brampton Terminal is a Brampton Transit bus station serving the central area of Brampton, Ontario, Canada. It is located a block north of the intersection of Main Street and Queen Street, the two main streets in downtown. There is direct access to Via Rail and GO Transit trains at the adjoining Brampton GO Station. Municipal and private-sector partnerships funded this facility and built a six storey office building above the transit terminal.

Gage Park is an urban park in Brampton, Ontario, Canada. It is Brampton's oldest municipal park, originally opened in 1903. The park offers floral gardens, a gazebo, large trees, a fountain, trails for rollerblading and jogging, a children's play area, a wading pool, and summer evening concerts. Ice skating on the temperature-controlled skating trail is a popular wintertime activity.

These are some bigger and more relevant cities in the wider vivinity of Brampton.

Hair Transplant Seminar Meet Up In Toronto
Starting at: 08:00 am (08:00).
More Information: eventful.com.