Emporium in Cameron County (Pennsylvania) with it's 1,934 habitants is a city located in United States about 192 mi (or 308 km) north of Washington DC, the country's capital town.

Current time in Emporium is now 07:52 AM (Sunday). The local timezone is named America / New York with an UTC offset of -5 hours. We know of 12 airports closer to Emporium, of which 5 are larger airports. The closest airport in United States is Bradford Regional Airport in a distance of 29 mi (or 47 km), North-West. Besides the airports, there are other travel options available (check left side).

Also, if you like playing golf, there are some options within driving distance.

Since you are here already, you might want to pay a visit to some of the following locations: Coudersport, Smethport, Ridgway, Clearfield and Belmont. To further explore this place, just scroll down and browse the available info. 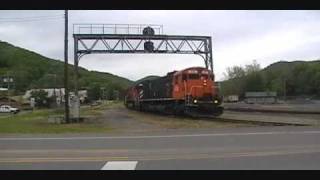 In 2007 Norfolk Southern granted trackage rights to the Western New York and Pennsylvania on the ex PRR/Penn Central/Conrail Buffalo line from Olean, NY to Driftwood, PA. We'll Follow the line... 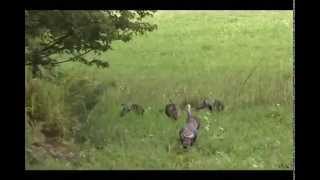 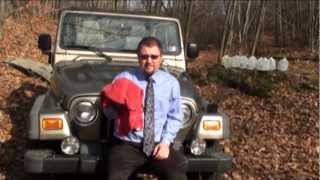 Will it Stop a Bullet is our Weekly show where we find out if random objects have what it take to stop a bullet. This week we take aim at a fan request, a wet towel folded in half and hanging... 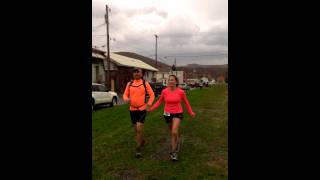 See what is happening in the least populated county of Pennsylvania, located in the heart of the PA Wilds. 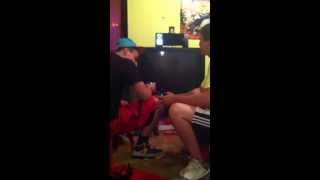 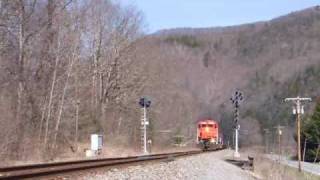 WNY&P train DFT echoing off the mountains as 637 splits the signals at Cameron. 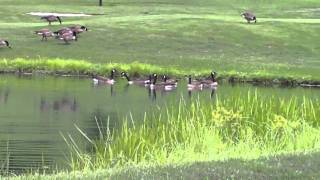 filmed geese while golfing with Cameron on back 9 at EMPORIUM COUNTRY CLUB! 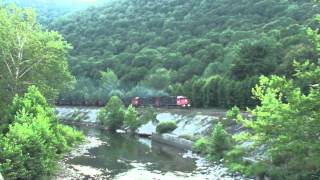 On The Trail Of Pennsylvania Timber Rattle Snakes 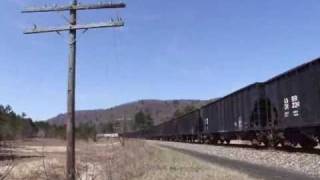 Portage Township is a township in Cameron County, Pennsylvania, United States. The population was 258 at the 2000 census.

Shippen Township is a township in Cameron County, Pennsylvania, United States. The population was 2,495 at the 2000 census. The borough of Emporium, the county seat, lies enclaved within the eastern part of the township, but is not part of it.

WQKY, known as "The River", is a classic hits music formatted radio station based in Emporium, Pennsylvania. It is owned by the Salter Communications Company.

WLEM, known as "Country 1250", is a country music formatted radio station based in Emporium, Pennsylvania. It is owned by the Salter Communications Company.

The Cameron County Courthouse is an historic courthouse building located at 20 East 5th Street in Emporium, Cameron County, Pennsylvania. It was built in 1890 in the Richardsonian Romanesque style of architecture and its entire cost was paid by public subscription, $5,000 of which was given by the Philadelphia and Erie Land Company. It is distinguished by its front clock tower topped by a statue of Lady Justice.

These are some bigger and more relevant cities in the wider vivinity of Emporium.

This place is known by different names. Here the ones we know:
Shippen, Emporium, Емпоријум