Brockville in Ontario with it's 23,886 citizens is a place in Canada about 57 mi (or 91 km) south of Ottawa, the country's capital city.

Current time in Brockville is now 11:41 AM (Saturday). The local timezone is named America / Toronto with an UTC offset of -5 hours. We know of 11 airports near Brockville, of which 4 are larger airports. The closest airport in Canada is Smiths Falls-Montague (Russ Beach) Airport in a distance of 27 mi (or 44 km), North-West. Besides the airports, there are other travel options available (check left side).

There is one Unesco world heritage site nearby. It's Rideau Canal in a distance of 76 mi (or 123 km), East. Also, if you like playing golf, there are a few options in driving distance. We encountered 8 points of interest in the vicinity of this place. If you need a hotel, we compiled a list of available hotels close to the map centre further down the page.

While being here, you might want to pay a visit to some of the following locations: Canton, Watertown, Ottawa, Lowville and Oswego. To further explore this place, just scroll down and browse the available info.

With two massive ship replicas to build, the Redwood Kings made a trip to the 1000 Islands to help construct the HMS Ontario and SS Kingston. Watch as they install these ALMOST seaworthy replicas... 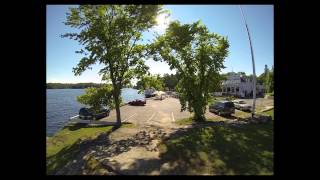 Did you know that we have freshwater sponge in Canada? Follow the dive team as we dive wrecks in the St. Lawrence Seaway. Conestoga 1:03 Dive Rating: Drift Certified Novice, Snorkel Dive... 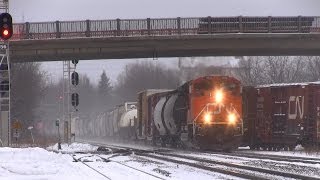 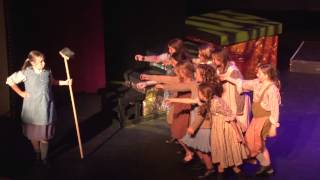 This wonderful performance by the kids of the Brockville Theatre Camp was held Friday Aug 22 at the Brockville Arts Centre. See the website at www.brockvilletheatrecamp.com. 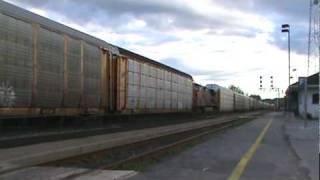 I've never seen a freight train on CN's Kingston Subdivision operating with distributed power until May 6th. A train of great length. CN 372 with ES44DC 2269 leading and Dash 9-44CW 2710... 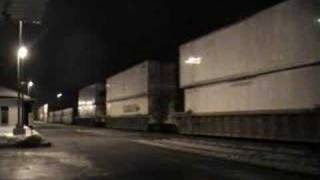 Can you sleep? Lot's of horn through Brockville! 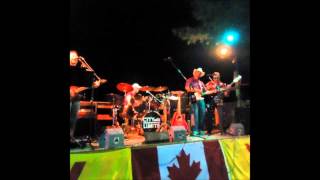 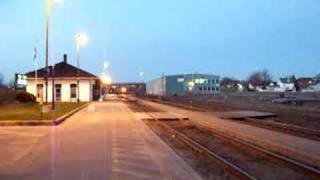 Check out the flickering numberboard! 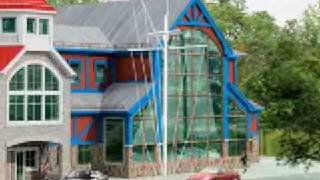 Situated on the beautiful waterfront of Brockville, Ontario, Tall Ships Landing provides unparalleled access to the spectacular 1000 Islands. Steps from your front door is a host of amenities... 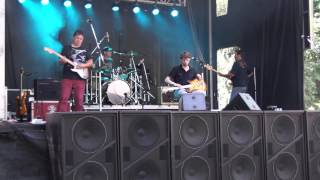 The Brockville Railway Tunnel is Canada's first railway tunnel. It is located beneath the city of Brockville, Ontario and passes under the building to the north, Victoria Hall, the Brockville City Hall since 1863. The tunnel runs in a north/south direction from Water Street, for a distance of 527 m (1,730 ft). It was built by the Brockville and Ottawa Railway. Construction on the tunnel began in September 1854, but was not opened for rail traffic until December 31, 1860.

The Brockville railway station in Brockville, Ontario, Canada is served by Via Rail trains running from Toronto to Ottawa and Montreal. It is a staffed railway station, with ticket sales, free outdoor parking, telephones, washrooms, and wheelchair access to the platform and trains.

The Upper Canada District School Board (UCDSB) is one of the largest public school boards in Ontario in terms of geographical area. It encompasses the counties in the easternmost portion of the province, including the cities of Brockville, Clarence-Rockland, Carleton Place, Cornwall, and Akwesasne. It covers most of the area surrounding - but not including - the city of Ottawa.

Thousand Islands Secondary School (TISS) is a public high school in the city of Brockville, Ontario and the most populous high school managed by the Upper Canada District School Board. Perhaps most famous for the success of their athletic program and the exploits of Canadian Olympian basketball player/WNBA all-star/TISS alumna Stacey Dales, the school has been a part of the Brockville community for 50 years.

Brockville Collegiate Institute (BCI) is a public high school located in Brockville, Ontario. BCI houses approximately seven hundred students and follows the Ontario High School Curriculum. The school has consistently ranked among the best in provincial testing. The vast majority of graduates pursue post-secondary studies at college or university. The Arts are a major focus at BCI. Their French Immersion program and Extended Core French involve approximately 125 students in grades 9 - 12.

Fulford Place is the start of the 20th century mansion home of Senator George Taylor Fulford, a Canadian businessman and politician. The home is now a historic house museum reflecting Edwardian period decorations, and is operated by the Ontario Heritage Trust. It was designated a National Historic Site of Canada in 1992.

The Brockville Jail is a jail in Brockville, Ontario. Notable residents have included serial killer Peter Woodcock (also known as David Michael Krueger), who in the summer of 1991, on his first day pass in thirty-five years from his Brockville, Ontario psychiatric hospital, brutally murdered another patient.

These are some bigger and more relevant cities in the wider vivinity of Brockville.