Current time in Peter Cooper Village is now 12:04 AM (Tuesday). The local timezone is named America / New York with an UTC offset of -4 hours. We know of 9 airports near Peter Cooper Village, of which 4 are larger airports. The closest airport in United States is La Guardia Airport in a distance of 6 mi (or 10 km), North-East. Besides the airports, there are other travel options available (check left side).

There are two Unesco world heritage sites nearby. The closest heritage site in United States is Statue of Liberty in a distance of 3 mi (or 5 km), South. Also, if you like playing golf, there are a few options in driving distance. We discovered 10 points of interest in the vicinity of this place. Looking for a place to stay? we compiled a list of available hotels close to the map centre further down the page.

When in this area, you might want to pay a visit to some of the following locations: Manhattan, Brooklyn, Jersey City, Queens and The Bronx. To further explore this place, just scroll down and browse the available info.

THE INN AT IRVING PLACE 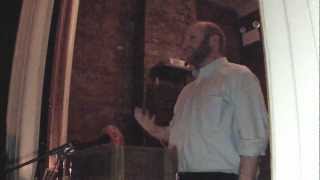 The International Debate Education Association (idebate.org) is affiliating with the Cogers (cogers.org) to hold a FREE monthly debate event in NYC. The Society of Cogers was founded in the... 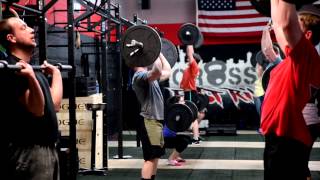 CrossFit East River is a 2500-square-foot CrossFit "box" in the East Village. We are fully equipped to do CrossFit, and nothing else. You won't find treadmills, elliptical or other machines... 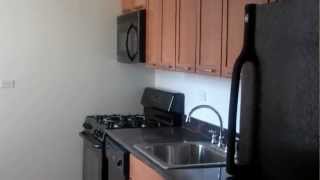 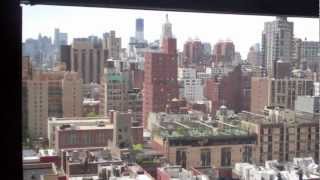 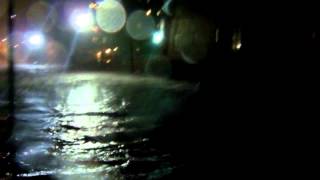 Amateur field report by two NYU Seniors during the peak hours of Hurricane Sandy: 10-29-2012. All footage is unedited and recorded by Kacper Grzesiak and MPD ;) Times specified throughout...

Just Walkin' Around Lovin' It. 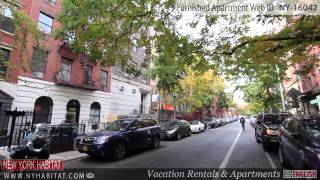 Video Tour of a 1-Bedroom Furnished Apartment in the East Village, Manhattan

Hello and welcome to another New York Habitat (www.nyhabitat.com) furnished apartment video tour! Today we take you to Manhattan's East Village, filled with the trendiest locals, to a modernly...

Breakfast in the East Village

Here we are ordering, and then miraculously beginning to eat, a lovely arabic breakfast in New York's East Village. 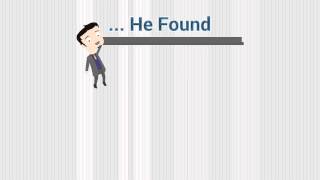 24 Hour Plumber East Village NYC 646-571-0864 East Village Service and Repair Stopped up drain pipes of all types Any & all types of leaking pipes Septic tanks pumped out and repaired Parking...

Fairway Market, like no other market. Fairway Kips Bay's ribbon has been cut!

The Landing at Kip's Bay was a British amphibious landing during the New York Campaign in the American Revolutionary War on September 15, 1776, occurring on the eastern shore of present-day Manhattan. Heavy advance fire from British naval forces in the East River caused the inexperienced militia guarding the landing area to flee, making it possible for the British to land unopposed at Kip's Bay. Skirmishes in the aftermath of the landing resulted in the British capture of some of those militia.

Stuyvesant Town—Peter Cooper Village is a large private residential development on the East Side of the borough of Manhattan in New York City, and one of the most iconic and successful post-World War II private housing communities. Stuyvesant Town, known to its residents as "Stuy Town", was named after Peter Stuyvesant, the last Director-General of the Dutch colony of New Amsterdam, whose farm occupied the site in the 17th century.

The United Nations International School (UNIS) is a private international school in New York City. It was founded in 1947 by families who worked for or were associated with the United Nations. The school was founded to provide an international education, while preserving its students' diverse cultural heritages. It includes a Kindergarten, elementary school (Junior school), junior high school (Middle school) and high school (Tutorial House, or Tut House).

The Salk School of Science is a junior high school, located in Lower Manhattan, New York City. It was founded in 1995 as a unique collaboration between the New York University School of Medicine and the New York City Department of Education. The goal of the school is to encourage an enthusiasm for, and the development of abilities in, the sciences, particularly the medical and biological sciences.

Solar 1 is New York City's only self-sustaining solar powered building. It houses educational facilities for Solar One, a non-profit organisation concerned with green energy, arts, and education. It is adjacent to Stuyvesant Cove Park, a public park which Solar One maintains for the city. Solar 1 is a prototype for Solar 2, planned as the first building in NYC to generate power in excess of what it uses, thereby putting more power into the grid than it takes out.

The former Chapel of Free Grace was a former mission chapel built in 1859 by St. George's Episcopal Church. Located at 406 East 19th Street, it was a gable-fronted steeply pitched masonry Gothic Revival church with a gable rose window. The Evangelical Lutheran Church of Christ (founded 1868) purchased the church building in 1882.

The Church of the Epiphany is a Roman Catholic parish church of the Archidiocese of New York, located at 373 Second Avenue at the corner of East 22nd Street in the Gramercy Park neighborhood of Manhattan, New York City. The parish was established in 1868, and their first church, designed by Napoleon LeBrun and built in 1869–70, was dedicated on April 3, 1870. This church burnt down in December 1963.

These are some bigger and more relevant cities in the wider vivinity of Peter Cooper Village.

States Parties To The International Convention On The Elimination Of All Forms Of Racial Discrimination, Twenty-ninth Meeting
Starting at: 08:00 pm (20:00).
More Information: eventful.com.