Current time in Queensbridge Houses is now 09:25 PM (Wednesday). The local timezone is named America / New York with an UTC offset of -4 hours. We know of 9 airports close to Queensbridge Houses, of which 4 are larger airports. The closest airport in United States is La Guardia Airport in a distance of 4 mi (or 7 km), East. Besides the airports, there are other travel options available (check left side).

There are two Unesco world heritage sites nearby. The closest heritage site in United States is Statue of Liberty in a distance of 5 mi (or 7 km), South. Also, if you like playing golf, there are some options within driving distance. We encountered 10 points of interest near this location. If you need a hotel, we compiled a list of available hotels close to the map centre further down the page.

While being here, you might want to pay a visit to some of the following locations: Manhattan, Brooklyn, The Bronx, Queens and Jersey City. To further explore this place, just scroll down and browse the available info. 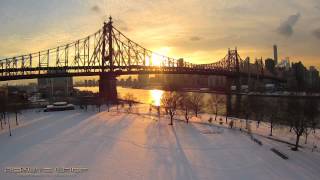 Here we are again with the Yuneec Q500 Typhoon this is the real deal. A big boy in the Drone industry!! This shoots 1080 60fps and has a gimbal that makes every shot just simply perfect.... 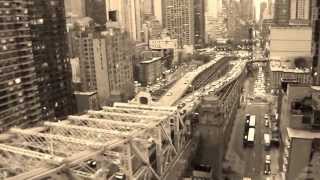 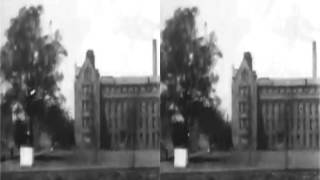 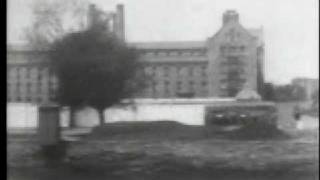 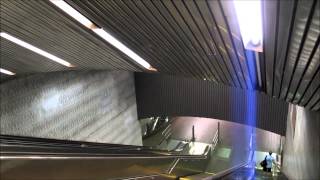 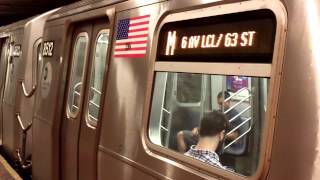 As part of a late night G.O, here's a Forest Hills/71st Avenue-bound R160A M train as it arrives/departs 21st Street/Queensbridge towards 36th Street as its next stop Transfers to a Manhattan-bound... 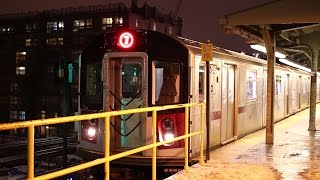 Today's film shows the IRT Flushing Line with (7) trains running on it at night. I took my 30mm f/1.4 lens and got some beautiful shots at Court Square, Queensboro Plaza, 33rd Street and 40th... 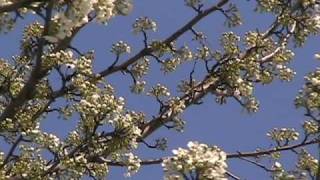 the sun is back! 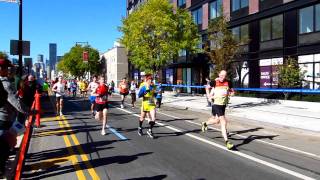 Just a short video I took of runners passing through Long Island City via 44th Drive. It was a gorgeous day -- lots of sun and mid 50's. As always LIC was hopping with people cheering on all...

Queensboro Plaza is an elevated New York City Subway station over Queens Plaza in Long Island City, at the east end of the Queensboro Bridge, with Queens Boulevard running east from the plaza. It stands over the south side of the roadway, but formerly spanned the whole plaza. It is a double-decked station, with trains running into Queens on the upper level and Manhattan-bound trains below.

Queensbridge Houses is the largest public housing development in North America. It is located in Long Island City in Queens, which opened in 1939. The 3,142-unit complex is owned by the New York City Housing Authority. The complex is located in Community Board 1. Although the Queensbridge Houses accommodate approximately 6,907 people it is technically two separate complexes (North and South Houses) consisting of roughly 3,450 each.

WNYN-LD is a local station for New York City. It broadcasts on channel 39.

Silvercup Studios is the largest film and television production facility in New York City. Located in the neighborhood of Long Island City, in the borough of Queens, the studio complex has been operating since 1983 in the former Silvercup Bakery building. It is owned and operated by brothers Alan and Stuart Suna.

21st Street – Queensbridge is a station on the IND 63rd Street Line of the New York City Subway. Located at the intersection of 21st Street and 41st Avenue in the Queens neighborhood of Queensbridge, it is served by the F train at all times. This underground station's only mezzanine is towards the east end of station via an overpass above the platforms. It has two street stairs at the northeast corner of 21st Street and 41st Avenue.

Court Square is a station complex on the IND Crosstown Line, the IRT Flushing Line and the IND Queens Boulevard Line of the New York City Subway.

Court Square Place is a 16 story office building located at Hunter and 25th Streets, near Court Square, Long Island City, Queens just outside of Manhattan and is "the tallest building constructed in the area since 1989. " It is owned and operated by the United Nations Federal Credit Union (UNFCU). It was completed in 2006 based on the designs from architects of HLW International with Tishman Construction Corporation handling the major construction.

Big Allis, formally known as Ravenswood No. 3, is a giant electric power generator originally commissioned by Consolidated Edison Company (ConEd) and built by the Allis-Chalmers Corporation in 1965. Currently owned by Transcanada Corp. , it is located on 36th Avenue and Vernon Boulevard in western Queens, New York. Its main fuel is natural gas. During 1963, Allis-Chalmers announced that ConEd had ordered the "world’s first MILLION-KILOWATT unit... big enough to serve 3,000,000 people.

The Queens Paideia School (QPS) is a progressive, independent school in Long Island City, Queens. Established in 2009, the school serves students in kindergarten through 8th grade. The school is a demonstration project with a goal of proving the Paideia model can be expanded and implemented economically while maintaining the 5:1 student-to-teacher ratio.

The Brewster Building is a 400,000-square-foot building at 27-01 Queens Plaza North in Long Island City, New York that was once an assembly plant for Rolls Royce cars and Brewster cars and Brewster Buffalo airplanes and is now the corporate headquarters for JetBlue. The building designed by Stephenson & Wheeler opened in 1911 to handle the assembly of the chassis for the Brewster cars that were being built since 1905 at 47th and Broadway in Times Square in New York City.

These districts belong to Queensbridge Houses.

These are districts that are close by, but belong to a different city than Queensbridge Houses.

These are some bigger and more relevant cities in the wider vivinity of Queensbridge Houses.