Richmond Hill in Queens County (New York) with it's 98,984 habitants is located in United States about 211 mi (or 339 km) north-east of Washington DC, the country's capital town.

Current time in Richmond Hill is now 06:01 PM (Saturday). The local timezone is named America / New York with an UTC offset of -4 hours. We know of 9 airports close to Richmond Hill, of which 4 are larger airports. The closest airport in United States is John F Kennedy International Airport in a distance of 5 mi (or 8 km), South-East. Besides the airports, there are other travel options available (check left side).

There are two Unesco world heritage sites nearby. The closest heritage site in United States is Statue of Liberty in a distance of 7 mi (or 11 km), West. Also, if you like playing golf, there are some options within driving distance. We encountered 10 points of interest near this location. If you need a hotel, we compiled a list of available hotels close to the map centre further down the page.

While being here, you might want to pay a visit to some of the following locations: Queens, Brooklyn, The Bronx, Manhattan and Mineola. To further explore this place, just scroll down and browse the available info. 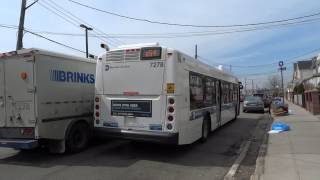 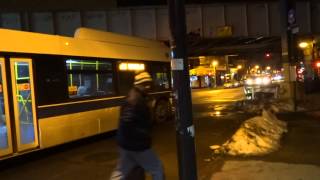 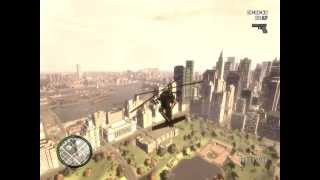 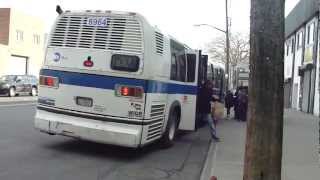 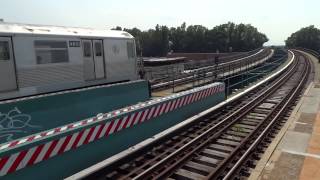 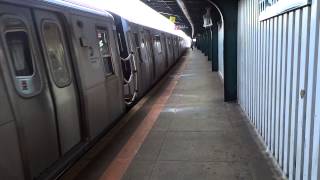 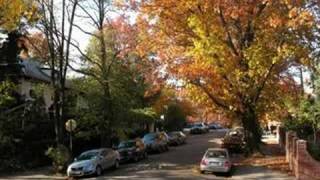 A Picture History of Kew Gardens, NY during the splendid colorful autumn months of 2007. Presented by KewGardensHistory.com for the Richmond Hill Historical Society. 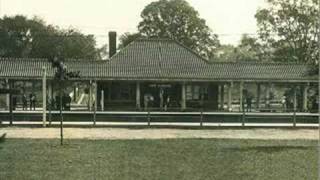 A Picture History of the Kew Gardens LIRR Station presented by KewGardensHistory.com for the Richmond Hill Historical Society. 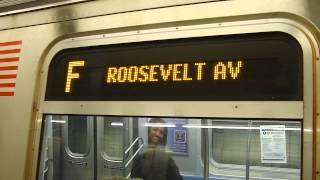 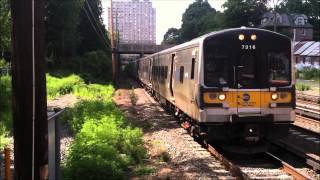 Catherine Susan "Kitty" Genovese (July 7, 1935 – March 13, 1964) was a New York City woman who was stabbed to death near her home in the Kew Gardens neighborhood of the borough of Queens in New York City, on March 13, 1964. The circumstances of her murder and the lack of reaction of numerous neighbors were reported by a newspaper article published two weeks later; the common portrayal of neighbors being fully aware but completely non responsive has since been criticized as inaccurate.

Kew Gardens is a triangular-shaped upper middle class neighborhood in the central area of the New York City borough of Queens, bounded to the north by the Jackie Robinson Parkway, to the east by Van Wyck Expressway and 131st Street, to the south by Hillside Avenue, and to the west by Park Lane, Abingdon Road and 118th Street. Forest Park and the neighborhood of Forest Hills and Forest Hills Gardens lie west of the neighborhood.

121st Street is a skip-stop station on the elevated BMT Jamaica Line of the New York City Subway. Located at the intersection of 121st Street and Jamaica Avenue in Queens, it is served by the Z train during rush hours in the peak direction, and by the J train at all other times. The station has two tracks and two side platforms, with space for a center express track that was never added. This station has beige windscreens, green canopies, and two exits.

The Morris Park facility is a maintenance facility of the Long Island Rail Road in Queens, New York. It includes two employee-only side platforms on the Atlantic Branch named Boland's Landing. Two wooden platforms each 2 cars long exist on the two-track line, with a flashlight for workers to signal trains to stop.

111th Street is a skip-stop station on the BMT Jamaica Line of the New York City Subway. Located at the intersection of 111th Street and Jamaica Avenue in Richmond Hill, Queens, it is served at all times by the J train. The Z train bypasses the station when it operates. This elevated station, opened on June 11, 1917, has three tracks and two side platforms. The center track dead ends at bumper blocks on both sides of the station and has connections to both local tracks.

Kew Gardens is a station on the Main Line of the Long Island Rail Road in Kew Gardens, Queens. The station is located at Austin Street and Lefferts Boulevard. One of Kew Garden station's unique features is the 119th Street (Lefferts Boulevard) Bridge which has one story commercial buildings on both sides for local businesses. The Main Line has four tracks; the two middle tracks not next to either platform, are used by express trains.

Richmond Hill Station was a station on the Montauk Branch of the Long Island Rail Road in the Richmond Hill section of the borough of Queens, in New York City. The station was located at Myrtle Avenue and Jamaica Avenue.

The Kew Gardens train crash is the worst railway accident of Long Island Rail Road history, and one of the worst in New York State history. It happened during the evening rush hour of November 22, 1950 between Kew Gardens and Jamaica stations in New York City and killed 78 people. At the date of the crash this was described as being in the neighborhood Richmond Hill but subsequent boundary changes mean the site is now considered to be in Kew Gardens.

RKO Keith's Theater is a historic RKO Pictures movie theater located at 117-09 Hillside Avenue in the Richmond Hill section of the New York City borough of Queens. It was designed by architect R. Thomas Short and built in 1929 in the Neo-Classical Revival style. It has a two story, three bay wide front facade with its original, horizontal marquee and terra cotta details. The orchestra level measures 100 feet, 6 inches deep and 99 feet wide.

Yeshiva Shaar Hatorah is a yeshiva in Queens, New York that includes a high school and a program for post-high-school-age men. The Yeshiva also awards Bachelor's and Master's degrees in Talmudic law. It was founded in 1974 by Rabbis Kalman Epstein and Sholom Spitz. The Yeshiva has become the focal point of the Orthodox community in the Kew Gardens neighborhood of Queens.

These are some bigger and more relevant cities in the wider vivinity of Richmond Hill.

INVEST IN YOURSELF BY INVESTING IN REAL ESTATE
Starting at: 09:00 am (09:00).
More Information: eventful.com.