Corneilla-de-Conflent
in Pyrénées-Orientales of Occitanie, France

Corneilla-de-Conflent in Pyrénées-Orientales (Occitanie) with it's 457 inhabitants is a city in France about 434 mi (or 699 km) south of Paris, the country's capital.

Local time in Corneilla-de-Conflent is now 07:19 PM (Wednesday). The local timezone is named Europe / Paris with an UTC offset of 2 hours. We know of 10 airports in the vicinity of Corneilla-de-Conflent, of which 3 are larger airports. The closest airport in France is Perpignan-Rivesaltes (Llabanère) Airport in a distance of 28 mi (or 45 km), North-East. Besides the airports, there are other travel options available (check left side).

There are several Unesco world heritage sites nearby. The closest heritage site is Madriu-Perafita-Claror Valley in Andorra at a distance of 40 mi (or 65 km). The closest in France is Historic Fortified City of Carcassonne in a distance of 45 mi (or 65 km), West. If you need a place to sleep, we compiled a list of available hotels close to the map centre further down the page.

Depending on your travel schedule, you might want to pay a visit to some of the following locations: Prades, Camprodon, Ribes de Freser, Planoles and Ceret. To further explore this place, just scroll down and browse the available info. 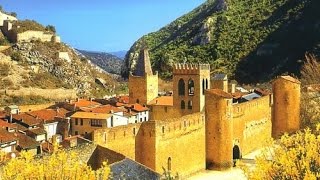 Snowshoeing in the Pyrenees 2008

Snowshoeing Holidays trip to the Pyrenees 2008. 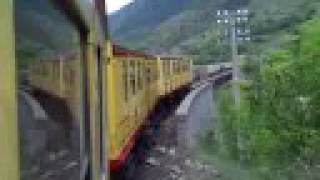 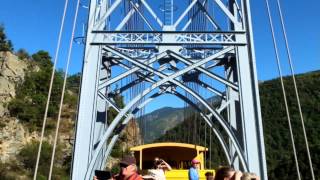 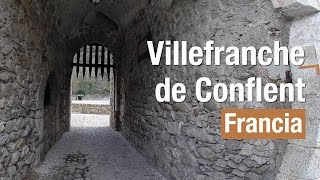 Conflent is a historical Catalan comarca of Northern Catalonia, now part of the French Département of Pyrénées-Orientales. In the Middle Ages it comprised the County of Conflent. The capital of this pays is Prades (Catalan: Prada de Conflent), and it borders the pays of Capcir, Rosselló, Vallespir, Alta Cerdanya and Ripollès, and the Occitan-speaking pays of Fenolleda. It roughly corresponds to the valley of the Têt River and its neighbourhoods between Rodès and Mont-Louis.

Saint-Michel-de-Cuxa (Catalan: Sant Miquel de Cuixà) is a Benedictine abbey located in the territory of the commune of Codalet, in the Pyrénées-Orientales département, in southwestern France. It was an important cultural centre in the regency of Abbot Oliva.

The Village arboretum de Vernet-les-Bains is an arboretum planted throughout the town of Vernet-les-Bains, Pyrénées-Orientales, Languedoc-Roussillon, France. It is open daily without charge. The arboretum's beginnings can be traced to a devastating flood in 1940, with a variety of trees planted in the 1960s during restoration work. In 1992 the local primary school undertook a project to identify the tree species in town, which led to an award in 1994 from the Fondation Yves Rocher.

Located at 42.55, 2.38861 (Lat. / Lng.), about 1 miles away.
Wikipedia Article
Gardens in Pyrénées-Orientales, Botanical gardens in France, Flora of the Pyrenees

St. Mary is a church in Corneilla-de-Conflent, southern France. Built in the 11th-12th centuries, in Romanesque style, it was originally an Augustinian monastery. It was declared a national monument in 1840.

These are some bigger and more relevant cities in the wider vivinity of Corneilla-de-Conflent.

This place is known by different names. Here the ones we know:
Corneilla, Corneilla-de-Conflent, Cornellà de Conflent