Thonon-les-Bains
in Haute-Savoie of Auvergne-Rhône-Alpes, France

Thonon-les-Bains in Haute-Savoie (Auvergne-Rhône-Alpes) with it's 31,684 citizens is a city in France about 258 mi (or 415 km) south-east of Paris, the country's capital city.

Local time in Thonon-les-Bains is now 10:15 PM (Sunday). The local timezone is named Europe / Paris with an UTC offset of 2 hours. We know of 12 airports in the vicinity of Thonon-les-Bains, of which 5 are larger airports. The closest airport in France is Annemasse Airport in a distance of 16 mi (or 26 km), South-West. Besides the airports, there are other travel options available (check left side).

There are several Unesco world heritage sites nearby. The closest heritage site is Lavaux, Vineyard Terraces in Switzerland at a distance of 15 mi (or 24 km). The closest in France is From the Great Saltworks of Salins-les-Bains to the Royal Saltworks of Arc-et-Senans, the Production of Open-pan Salt in a distance of 49 mi (or 24 km), North-East. We discovered 3 points of interest in the vicinity of this place. Looking for a place to stay? we compiled a list of available hotels close to the map centre further down the page.

When in this area, you might want to pay a visit to some of the following locations: Saint-Livres, Apples, Renens, Lausanne and Saubraz. To further explore this place, just scroll down and browse the available info. 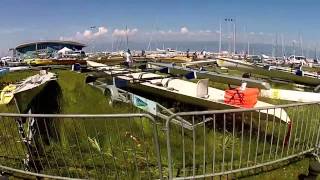 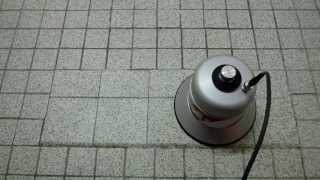 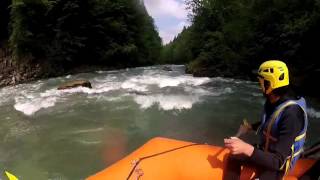 The Arboretum de Ripaille (53 hectares) is an arboretum and forest located on the grounds of the Château de Ripaille, Thonon-les-Bains, Haute-Savoie, Rhône-Alpes, France. It is open daily except Monday, but closed in December. The arboretum is set beside the Lake Geneva (Lac Léman), within the medieval hunting grounds of the Counts and Dukes of Savoy which are now surrounded by high walls and cut through with a web of wide allées.

The Funiculaire de Thonon-les-Bains, or Thonon-les-Bains Funicular, is a funicular railway in the spa town of Thonon-les-Bains, in the French département of Haute-Savoie. The line links the Belvedere, in the city centre, to the port of Rives, on the shores of Lake Geneva. The funicular is managed by the Syndicat intercommunal des bus de l'agglomération thononaise (SIBAT), which is also responsible for the local bus service. It was opened in 1888.

Stade Joseph-Moynat is a multi-use stadium in Thonon-les-Bains, France. It is currently used mostly for football matches and is the home stadium of Thonon Black Panthers. Despite the small size of the stadium, in 2008 the Black Eyed Peas announced, via Twitter, that the Stade Joseph-Moynat was the venue they'd most like to perform at. Although, due to timetabling clashes, a performance never came to fruition, will.i.

The Dranse is a French river in the department of Haute-Savoie, that empties into Lake Geneva. The name "Dranse" comes from the former Drantia, based on the hydronym dur-, dora and the suffix -antia.

Located at 46.4, 6.5 (Lat. / Lng.), about 2 miles away.
Wikipedia Article
Rivers of France, Geography of Haute-Savoie, Tributaries of Lake Geneva, Rivers of Rhône-Alpes

These are some bigger and more relevant cities in the wider vivinity of Thonon-les-Bains.