Lausanne
in Lausanne District of Canton of Vaud, Switzerland

Lausanne in Lausanne District (Canton of Vaud) with it's 116,751 citizens is a place in Switzerland about 49 mi (or 79 km) south-west of Bern, the country's capital city.

Current time in Lausanne is now 02:01 PM (Saturday). The local timezone is named Europe / Zurich with an UTC offset of 2 hours. We know of 12 airports near Lausanne, of which 5 are larger airports. The closest is airport we know is Annemasse Airport in France in a distance of 28 mi (or 46 km). The closest airport in Switzerland is Geneva Cointrin International Airport in a distance of 31 mi (or 46 km), South-West. Besides the airports, there are other travel options available (check left side).

There are several Unesco world heritage sites nearby. The closest heritage site in Switzerland is Lavaux, Vineyard Terraces in a distance of 6 mi (or 9 km), East. We encountered 2 points of interest in the vicinity of this place. If you need a hotel, we compiled a list of available hotels close to the map centre further down the page.

While being here, you might want to pay a visit to some of the following locations: Renens, Penthereaz, Vuarrens, Sottens and Bavois. To further explore this place, just scroll down and browse the available info. 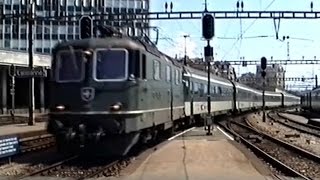 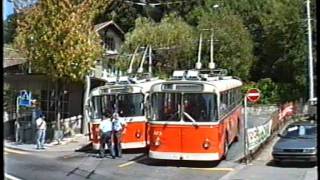 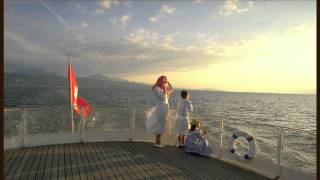 The perfect symbiosis between business and pleasure. Lausanne, the capital of the canton of Vaud. A vivacious university and congress city, and a holiday resort at the same time. More about... 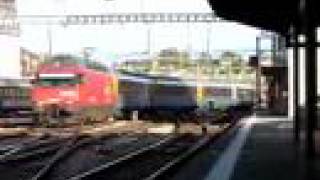 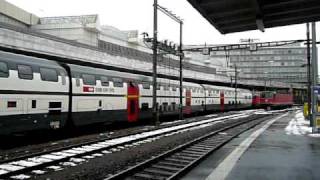 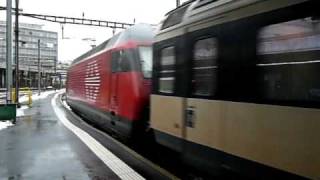 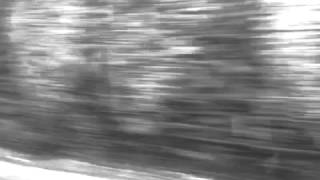 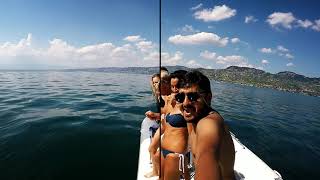 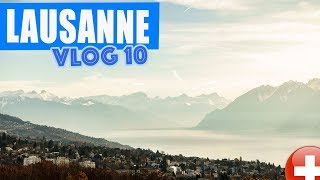 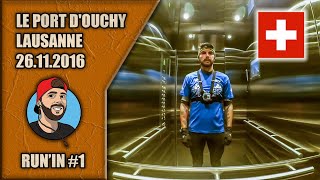 The Olympic Museum in Lausanne, Switzerland houses permanent and temporary exhibits relating to sport and the Olympic movement. With more than 10,000 pieces, the museum is the largest archive of Olympic Games in the world and one of Lausanne's prime tourist site draws attracting more than 250,000 visitors each year. The Olympic Museum is surrounded by a park containing numerous works of art on a sporting theme.

The Beau-Rivage Palace is a historical luxury hotel in Lausanne, Switzerland. The hotel opened in 1861 and the current main building was constructed in Art Déco and neo-baroque style in 1908. In 1923 the Treaty of Lausanne was signed at the Beau-Rivage Palace.

The Scots Kirk is situated at 24 Avenue de Rumine, Lausanne. It is one of two congregations of the Church of Scotland in Switzerland, the other being the Scots Kirk in Geneva, and is part of the Church of Scotland's Presbytery of Europe. The church building was designed in English Gothic Revival style by the well-known French architect Eugène-Emmanuel Viollet-le-Duc, in Lausanne for the renovation of the cathedral, and was formally dedicated in 1877.

Located at 46.5167, 6.6404 (Lat. / Lng.), about 0 miles away.
Wikipedia Article, Homepage
Buildings and structures in Lausanne, Churches in Switzerland, Church of Scotland churches, Presbyterian churches in Europe

The Lucy Mackintosh gallery is a commercial contemporary art space located in Lausanne, Switzerland, that exhibits Swiss and international contemporary art and artists. The gallery also regularly invites designers to present their work.

Debiopharm Group™ (Debiopharm) is a global biopharmaceutical group of companies comprising Debiopharm S.A. , Debio R.P. S.A. (Recherche Pharmaceutique), Debioclinic S.A. and the two financial arms Debiomanagement S.A. and Debioinnovation S.A. The group applies scientific and clinical expertise to address unmet medical needs through the in-licensing of promising biologics and small molecules, the clinical development of the same and the out-licensing for commercialiasation.

Le Flon is a district of the city of Lausanne, in Switzerland. It is served by passenger trains from Lausanne-Flon station.

Château Saint-Maire is a castle in Lausanne, Switzerland, that serves as the seat of the cantonal government of Vaud. It is a Swiss heritage site of national significance.

Lausanne railway station is the main intercity and regional railway station for the city of Lausanne, Vaud, Switzerland. It is often known as Lausanne CFF to distinguish it from others in the town. Lausanne is a through station, which sits at the junction of the Simplon, Olten–Lausanne and Lausanne–Geneva railway lines. Due to this, express passenger trains are available to a wide variety of destinations across the country.

Lausanne-Flon is a railway and metro station in the Flon district of central Lausanne, Vaud, Switzerland. It is the hub of the Lausanne Metro system. The modern Flon station was constructed for the opening of Line M1 on 24 May 1991. The line's terminal platforms opened in what had been a run-down part of the city, but allowed interchange with the Métro Lausanne–Ouchy. The Ouchy line closed in January 2006 for conversion to rubber-tyred metro.

The Palais de Rumine is a late 19th-century building in Florentine Renaissance style in Lausanne, Switzerland.

The Cathedral of Notre Dame in Lausanne was built between 1170 and 1240 in the gothic style, with the western portal completed later in the flamboyant style. It belongs to the Swiss Reformed Church. The medieval architect Villard de Honnecourt drew the rose window of the south transept in his sketchbook of 1270. Restoration was carried out in 1874 by Viollet Le Duc.

Located at 46.5226, 6.6352 (Lat. / Lng.), about 0 miles away.
Wikipedia Article
Cathedrals in Switzerland, Buildings and structures in Lausanne, Visitor attractions in Lausanne

These districts belong to Lausanne.

These are districts that are close by, but belong to a different city than Lausanne.

These are some bigger and more relevant cities in the wider vivinity of Lausanne.