Luzern
in Lucerne-Stadt District of Canton of Lucerne, Switzerland

Luzern in Lucerne-Stadt District (Canton of Lucerne) with it's 57,066 inhabitants is a city in Switzerland about 41 mi (or 66 km) east of Bern, the country's capital.

Local time in Luzern is now 09:00 AM (Tuesday). The local timezone is named Europe / Zurich with an UTC offset of 2 hours. We know of 12 airports in the vicinity of Luzern, of which 5 are larger airports. The closest airport in Switzerland is Buochs Airport in a distance of 7 mi (or 11 km), South-East. Besides the airports, there are other travel options available (check left side).

There are several Unesco world heritage sites nearby. The closest heritage site is Prehistoric Pile dwellings around the Alps in Austria at a distance of 16 mi (or 26 km). The closest in Switzerland is Swiss Alps Jungfrau-Aletsch in a distance of 40 mi (or 26 km), North. We found 10 points of interest in the vicinity of this place. If you need a place to sleep, we compiled a list of available hotels close to the map centre further down the page.

Depending on your travel schedule, you might want to pay a visit to some of the following locations: Stans, Hochdorf, Ennetburgen, Kussnacht and Sarnen. To further explore this place, just scroll down and browse the available info. 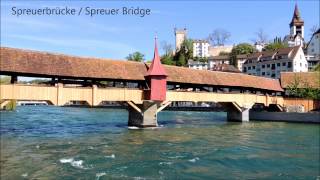 Luzern / Lucerne http://www.pictures-switzerland.com/luzern/index.htm Lucerne is one of Switzerland's most beautiful cities with many must-see sights. This video includes the city's unmistakable... 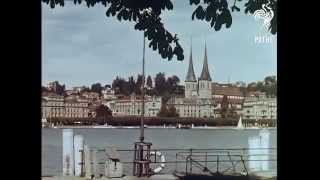 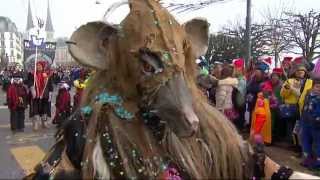 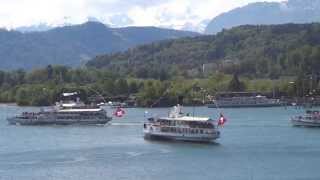 Four large tourist Steamboats on Lake Lucerne (Vierwaldstättersee) in beautiful Lucerne (Luzern) Switzerland. This was the view from the National Hotel in Lucerne. 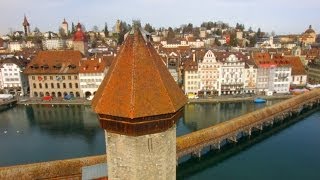 BMPCC over kappelbrucke lucerne switzerland (aerial footage) Another testfootage of the bmpcc on our Hexacopter with the AP-BLS180 brushless gimbal. To stay up to date, join us also on Facebok:... 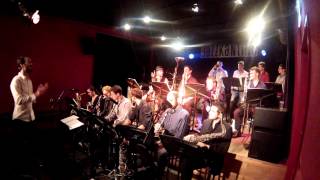 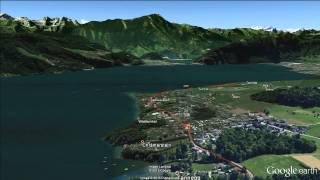 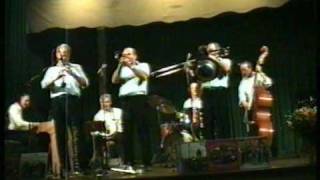 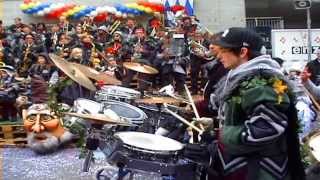 A little tour of Lucern, through bridges (Kapellbrücke is the the oldest covered bridge in europe, built in 1365), cathedrals (Church of St. Leodegar built in 735) and monuments (Lion monument...

Swiss Life Arena is an arena in Luzern, Switzerland. It is primarily used for ice hockey and is the home arena of HC Luzern Lakers. Swiss Life Arena holds 5,000 people. It is named for the Swiss Life insurance company.

Located at 47.041, 8.321 (Lat. / Lng.), about 1 miles away.
Wikipedia Article
Indoor arenas in Switzerland, Indoor ice hockey venues in Switzerland, Lucerne, Buildings and structures in the canton of Lucerne

Stadion Allmend was a multi-purpose stadium in Lucerne, Switzerland. Its current primary use was for football matches. The stadium had a capacity of 25000, although security concerns mandate limiting audiences to 15000. The stadium had been home to FC Lucerne since 1934. Over the years the stadium has undergone some transformations. In 1957 a new stand with 2500 seats was added. Between 1981 and 1983 a new grandstand was built. In 1995 the club redeveloped the North Stand.

The Sonnenberg Tunnel is a 1,550m long motorway tunnel, constructed between 1971 and 1976 and located near Lucerne, Switzerland. At its completion it was also the world's largest civilian nuclear fallout shelter, designed to protect 20,000 civilians in the eventuality of war or disaster.

Located at 47.0387, 8.29429 (Lat. / Lng.), about 1 miles away.
Wikipedia Article
Tunnels completed in 1976, Tunnels in Switzerland, Buildings and structures in the canton of Lucerne, Disaster preparedness in Europe

The Culture and Congress Centre in Lucerne (or KKL for Kultur- und Kongresszentrum Luzern) is a multi-functional building with a concert hall that is esteemed for its high-profile acoustics. It was built according to the plans of the architect Jean Nouvel and was inaugurated in 1998 with a concert by the Berlin Philharmonic Orchestra under the direction of Claudio Abbado.

Sternwarte Hubelmatt (Hubelmatt Observatory) is an astronomical observatory operated by Astronomische Gesellschaft Luzern. Built in 1979, it is located in the school "Hubelmatt West" at Lucerne in the Canton of Lucerne, Switzerland.

Located at 47.0351, 8.3056 (Lat. / Lng.), about 1 miles away.
Wikipedia Article, Homepage
Astronomical observatories in Switzerland, Buildings and structures in the canton of Lucerne

The University of Lucerne is a public university with a campus in Luzern, Switzerland. 1231 undergraduates and 1061 postgraduate students attend the university, which makes it Switzerland's smallest university. Despite its size, it holds an international reputation in several areas. For instance, the Institute for Jewish-Christian Research has acquired renown. The university evolved over time: Since the early 17th century, courses in philosophy and theology have been taught in the city.

Located at 47.0494, 8.31222 (Lat. / Lng.), about 0 miles away.
Wikipedia Article, Homepage
Educational institutions established in 2000, Lucerne, Universities in Switzerland, Buildings and structures in the canton of Lucerne

Swissporarena is a new multi-use stadium in Lucerne, Switzerland, completed in 2011. It's used mostly for football matches and hosts the home matches of FC Lucerne of the Swiss Super League. The stadium has a capacity of 16,800 spectators. It replaced the demolished Stadion Allmend. The stadium was due to open earlier in the year but several problems during construction changed the plans. In February 2011 the club announced the new season ticket prices for their return home.

The Church of St. Leodegar is the most important church and a landmark in the city of Lucerne, Switzerland. It was built in parts from 1633 to 1639 on the foundation of the Roman basilica which had burnt in 1633. This church was one of the few built north of the Alps during the Thirty Years War and one of the largest and art history rich churches of the German late renaissance period.

Lucerne railway station is a major hub of the Swiss rail network. It is a terminal station serving domestic and international traffic on several rail lines. The lines from the east pass to the north of Lucerne and then join the lines from the north and the west and pass to the west of Lucerne before turning to approach the station from the south. The metre-gauge Brünig railway from the south and Interlaken also terminates at the station.

Located at 47.0489, 8.30639 (Lat. / Lng.), about 0 miles away.
Wikipedia Article
Lucerne Festival, Festivals in Switzerland, Visitor attractions in the canton of Lucerne

The Alpineum is a museum and diorama of the Alps in Lucerne, Switzerland.

Lucerne Allmend/Messe railway station is a Swiss railway station in the city of Lucerne. It is located adjacent to the Swissporarena, in the south of the city. The station is on the Brünig line of the Zentralbahn railway company, and is used by trains of the Luzern–Stans–Engelberg line. The station opened in November 2012, and is situated in a tunnel linking Kriens Mattenhof station and the approaches to Lucerne station.

These are some bigger and more relevant cities in the wider vivinity of Luzern.