Thun
in Thun District of Canton of Bern, Switzerland

Thun in Thun District (Canton of Bern) with it's 42,136 habitants is a city located in Switzerland about 16 mi (or 26 km) south-east of Bern, the country's capital town.

Current time in Thun is now 01:05 AM (Tuesday). The local timezone is named Europe / Zurich with an UTC offset of 2 hours. We know of 13 airports closer to Thun, of which 5 are larger airports. The closest airport in Switzerland is Bern Belp Airport in a distance of 13 mi (or 20 km), North-West. Besides the airports, there are other travel options available (check left side).

There are several Unesco world heritage sites nearby. The closest heritage site in Switzerland is Old City of Berne in a distance of 16 mi (or 25 km), North-West. We saw 2 points of interest near this location. In need of a room? We compiled a list of available hotels close to the map centre further down the page.

Since you are here already, you might want to pay a visit to some of the following locations: Taegertschi, Darligen, Ostermundigen, Langnau and Interlaken. To further explore this place, just scroll down and browse the available info. 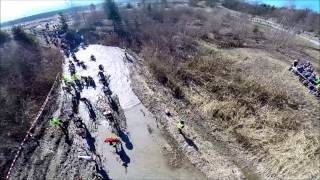 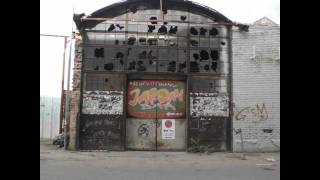 In Memory of Selve Thun 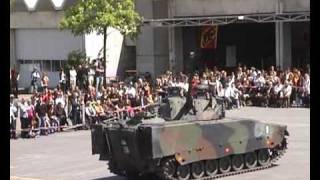 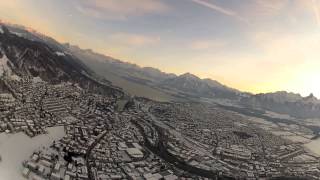 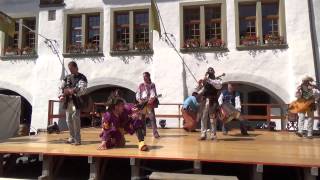 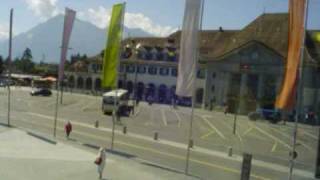 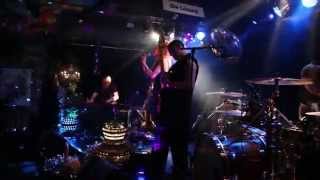 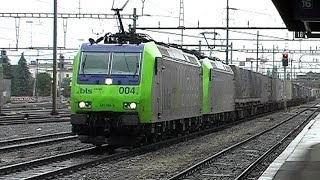 The film shows a varied selection of Swiss trains and motive power seen during a wet lunch hour spent on Thun station in May 2007. We see double-headed BLS cargo trains each with different... 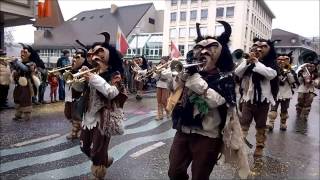 Thun District was one of the 25 administrative districts in the canton of Bern, Switzerland. Its capital was the municipality of Thun. The district had an area of 285 km² and consists of 27 municipalities:

Stadion Lachen is a multi-use stadium in Thun, Switzerland. It is currently used mostly for football matches and was the home ground of FC Thun. The stadium holds 10,350 and was built in 1954. The stadium has places for both seating and standing.

The Thunerseespiele are open-air musical productions during summer located at Thun, the main city of the famous Bernese Oberland, in Switzerland. Every year internationally-famous productions are staged. The location is at the shoreline of Lake Thun (Thunersee). The stage is temporarily built every year over the water, especially for this production.

Schadau Castle is a castle on the south side of the Aar near Lake Thun in the city of Thun, Canton Bern, Switzerland. It is a Swiss heritage site of national significance.

Located at 46.7461, 7.63722 (Lat. / Lng.), about 1 miles away.
Wikipedia Article
Castles in the Canton of Bern, Thun, 19th-century architecture, Cultural property of national significance in the canton of Bern

The 8th European Cross Country Championships were held at Thun in Switzerland on 9 December 2001. Serhiy Lebid took his second title in the men's competition and Yamna Belkacem won the women's race.

Arena Thun is a stadium in Thun, Switzerland. It has a capacity of 10,000 spectators and opened in 2011. It is the home of FC Thun of the Swiss Super League. It replaced Stadion Lachen as the club's home stadium.

Thun is a railway station in the town of Thun, in the Swiss canton of Bern. At the station, the Swiss Federal Railways owned Bern to Thun main line makes a junction with the other lines, all owned by the BLS AG. These lines are the Gürbetal line from Bern via Belp, the Burgdorf to Thun line from Burgdorf via Konolfingen, and the Lake Thun line to Spiez and Interlaken. The station is served by various operators, including the BLS AG, Swiss Federal Railways (SBB), Deutsche Bahn and TGV Lyria.

The Thun ship canal is a 500-metre long canal in the Swiss canton of Bern. Together with a navigable reach of the Aar river of similar length, it connects Lake Thun with a quay in the town of Thun adjacent to Thun railway station. The canal allows shipping services on the lake to serve the town and connect with railway services. It is still in regular use by the Lake Thun passenger ships of the BLS AG.

These districts belong to Thun.

These are districts that are close by, but belong to a different city than Thun.

These are some bigger and more relevant cities in the wider vivinity of Thun.

REVEREND BEAT-MANTHE LIGHTNING REVEREND IS BACK IN THUN TO ROCK'N'ROLL
Starting at: 02:00 am (02:00).
More Information: eventful.com.