Brugg
in Bezirk Brugg of Canton of Aargau, Switzerland

Brugg in Bezirk Brugg (Canton of Aargau) with it's 9,196 citizens is a place in Switzerland about 51 mi (or 83 km) north-east of Bern, the country's capital city.

Current time in Brugg is now 08:14 PM (Saturday). The local timezone is named Europe / Zurich with an UTC offset of 2 hours. We know of 12 airports near Brugg, of which 5 are larger airports. The closest airport in Switzerland is Zürich Airport in a distance of 16 mi (or 26 km), East. Besides the airports, there are other travel options available (check left side).

There are several Unesco world heritage sites nearby. The closest heritage site is Prehistoric Pile dwellings around the Alps in Austria at a distance of 14 mi (or 23 km). The closest in Switzerland is Old City of Berne in a distance of 51 mi (or 23 km), South. We encountered 10 points of interest in the vicinity of this place. If you need a hotel, we compiled a list of available hotels close to the map centre further down the page.

While being here, you might want to pay a visit to some of the following locations: Gansingen, Baden, Lenzburg, Schwaderloch and Dogern. To further explore this place, just scroll down and browse the available info. 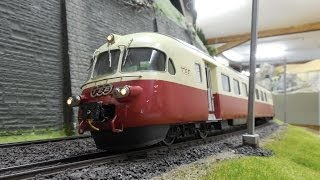 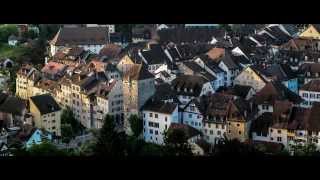 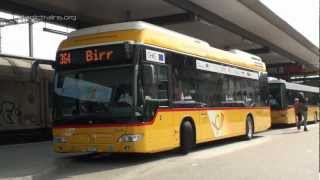 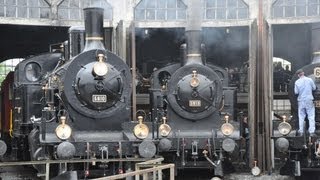 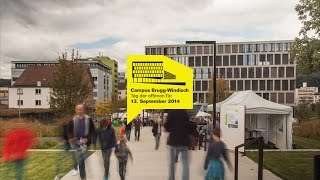 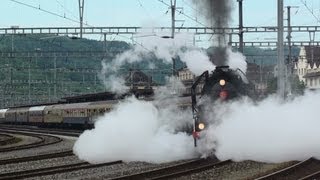 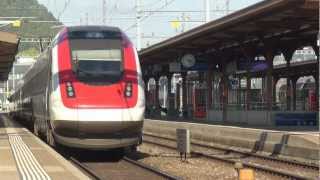 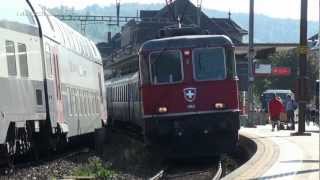 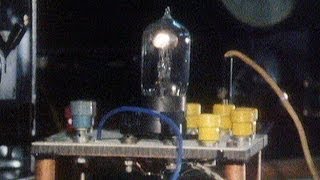 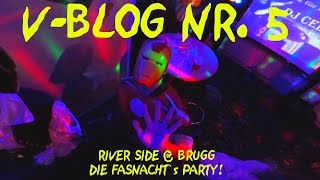 The Limmat is a river in Switzerland. It is the continuation of the Linth river, known as Limmat from the point of effluence from Lake Zurich, in the city of Zurich. From Zurich it flows in a northwesterly direction, after 35 km reaching the river Aare. The confluence is located north of the small town of Brugg, Aargau and shortly after the mouth of the Reuss. The main towns along the Limmat Valley downstream of Zurich are Dietikon, Wettingen, and Baden.

Brugg District is a district in the Canton of Aargau, Switzerland, it is located south of the Aare and the Aargauer Jura covers the district. The capital of the district is the town of Brugg.

Vindonissa (from a Gaulish toponym in *windo- "white") was a Roman legion camp at modern Windisch, Switzerland. It was probably established in 15 AD. In an expansion around 30, thermal baths were added. The Legio XIII Gemina was stationed at Vindonissa until 44 or 45. With the arrival of the 21st legion the camp was rebuilt with stone fortifications. After the 21st legion had looted the countryside in 69, it was replaced by the 11th legion which remained stationed until 101.

Located at 47.4625, 8.18083 (Lat. / Lng.), about 2 miles away.
Wikipedia Article
Castles in Aargau, House of Habsburg, Cultural property of national significance in Aargau

Stilli is a former municipality of the canton of Aargau, Switzerland. On 1 January 2006, it merged with its neighbouring municipality, Villigen.

Located at 47.5167, 8.2 (Lat. / Lng.), about 3 miles away.
Wikipedia Article
Villages in Switzerland, Former municipalities of Aargau

Iberg Castle is a ruined castle located on Iberg mountain in the municipality of Riniken in the canton of Aargau in Switzerland. Only a few remnants of the ruins are visible.

Königsfelden Abbey is a former Franciscan monastery and former Clarisse convent in the municipality of Windisch in the canton of Aargau in Switzerland. It was founded in 1308 by the Habsburgs and during the Reformation in 1528 it was secularized. The complex was then the residence of the bailiffs of Bern, and since 1868 it has been a psychiatric clinic. The church is a museum since 2009.

Brugg railway station serves the municipality of Brugg, in the canton of Aargau, Switzerland. Opened in 1856, it is owned and operated by SBB-CFF-FFS. The station forms the junction between the Bözberg railway line (German: Bözbergstrecke), which links Basel SBB with Brugg, and the former Aargauische Südbahn, which links Brugg with Zürich HB.

These districts belong to Brugg.

These are districts that are close by, but belong to a different city than Brugg.

These are some bigger and more relevant cities in the wider vivinity of Brugg.