Lugano in Lugano District (Canton Ticino) with it's 26,365 habitants is located in Switzerland about 97 mi (or 156 km) south-east of Bern, the country's capital town.

Current time in Lugano is now 01:07 AM (Tuesday). The local timezone is named Europe / Zurich with an UTC offset of 2 hours. We know of 8 airports close to Lugano, of which 3 are larger airports. The closest airport in Switzerland is Lugano Airport in a distance of 2 mi (or 4 km), West. Besides the airports, there are other travel options available (check left side).

There are several Unesco world heritage sites nearby. The closest heritage site is Monte San Giorgio in Italy at a distance of 9 mi (or 14 km). The closest in Switzerland is Three Castles, Defensive Wall and Ramparts of the Market-Town of Bellinzona in a distance of 13 mi (or 14 km), South. We encountered 6 points of interest near this location. If you need a hotel, we compiled a list of available hotels close to the map centre further down the page.

While being here, you might want to pay a visit to some of the following locations: Campione, Lanzo d'Intelvi, Pura, San Mamete and Brusimpiano. To further explore this place, just scroll down and browse the available info. 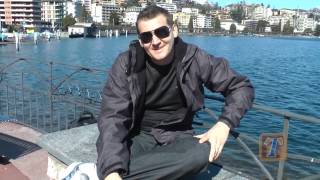 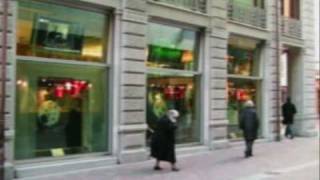 Lugano city in winter. Thanks for watching. 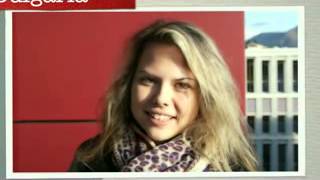 Did you know that Università della Svizzera Italiana is the most multicultural university of Switzerland? Check out the languages spoken at USI and play the guess where I`m from game..! 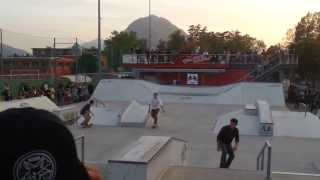 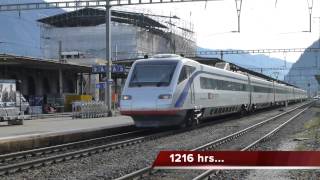 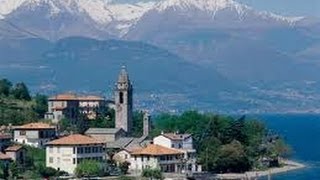 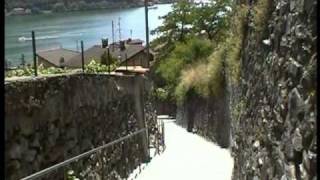 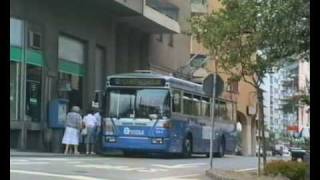 Trolleybuses in the Swiss city of Lugano. Mostly filmed in summer 1991, although a few scenes date from 1994. The trolleybus system opened in April 1954, as a tramway replacement, inheriting... 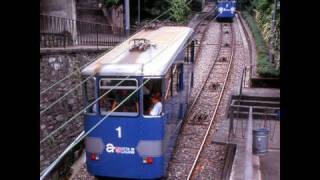 The Funicular railway which links the main railway station of the Swiss City of Lugano with the city centre.

Located at 46.011, 8.958 (Lat. / Lng.), about 0 miles away.
Wikipedia Article, Homepage
Universities in Switzerland, Education in Ticino, Educational institutions established in 1996, Buildings and structures in Ticino, Lugano

Lugano was the name of a canton of the Helvetic Republic from 1798 to 1803, with its capital at Lugano. The canton unified the former Landvogteien of Lugano, Mendrisio, Locarno and Valmaggia. As with the other cantons of the Helvetic Republic, the autonomy of Lugano was very limited, the republic having been founded by Napoleon in order further to centralise power in Switzerland.

Cornaredo Stadium is a multi-purpose stadium in Lugano, Switzerland. It is used mostly for football matches. It is a home ground of AC Lugano. The stadium is able to hold 15,000 people and was built in 1951. The stadium has 5,000 seats and 10,000 standing places. During the 1954 FIFA World Cup, it hosted one game. During the spring 2008, the political authorities of Lugano announced a plan to renew the stadium to fulfil the Swiss Football League requirements for Super League stadiums.

Advanced Learning and Research Institute (ALaRI) is a privately sponsored graduate school on the 4th floor of the main building of the University of Lugano, in Switzerland. The single program course available is Embedded System Design, diverging into the R&D or Business branch. Two years are required for a Master's degree, one year for a Master's of Advanced Studies (MAS). The primary language of instruction is English.

Located at 46.0107, 8.9585 (Lat. / Lng.), about 0 miles away.
Wikipedia Article, Homepage
Universities in Switzerland, Education in Ticino, Educational institutions established in 1999, 1999 establishments in Switzerland

Pregassona is a quarter of the city of Lugano, Switzerland. Pregassona was formerly a municipality of its own, having been incorporated into Lugano in 2004. The name Pregassona comes from a contraction of the local dialect for "near the Cassone"; the Cassone is a small river that flows through the village.

The Cathedral of Saint Lawrence (Italian: Cattedrale di San Lorenzo) is a Roman Catholic cathedral in Lugano, Ticino, Switzerland. It was founded in the High Middle Ages but rebuilt in the late 15th century, with the facade completed in 1517. It is dedicated to Saint Lawrence of Rome.

Lugano railway station (Italian: Stazione di Lugano) is the main railway station of the city of Lugano, in the Swiss canton of Ticino. The station is on the Gotthard railway, and is also the terminus of the metre gauge Lugano–Ponte Tresa Railway (FLP) and the Lugano Città–Stazione funicular. The FLP terminus is across the station forecourt from the main line station, and is often regarded as a separate station, by the name of Lugano FLP.

The Lugano Città–Stazione funicular, or Funicolare Lugano Città–Stazione, is a funicular railway in the city of Lugano in the Swiss canton of Ticino. The line's upper station is located within the main railway station of Lugano, and the lower station is on Piazza Cioccaro in the historic city centre below. It is one of the busiest funicular lines in Switzerland, carrying 2.4 million passengers in 2007.

The Monte Brè funicular, or Funicolare Cassarate - Monte Brè, is a funicular railway in the city of Lugano in the Swiss canton of Ticino. The line links a lower station in the Lugano suburb of Cassarate with an upper station at the summit of the Monte Brè. The top yields views of the city and Lake Lugano. The funicular is composed of two separate and independent sections. The first section links the stops of Cassarate and Suvigliana and is only 196 metres long.

The Cassarate is a river of the Swiss canton of Ticino. It rises in the upper part of the Val Colla, on the slopes of Monte Gazzirola and the San Lucio Pass. It flows into Lake Lugano at Lugano. On its way downstream, the river flows through, or forms the boundary of, the municipalities of Bogno, Valcolla, Certara, Cimadera, Sonvico, Capriasca, Canobbio and Cadro, before reaching the city of Lugano.

These districts belong to Lugano.

These are districts that are close by, but belong to a different city than Lugano.

These are some bigger and more relevant cities in the wider vivinity of Lugano.