Olten
in Bezirk Olten of Canton of Solothurn, Switzerland

Olten in Bezirk Olten (Canton of Solothurn) with it's 16,411 habitants is a city located in Switzerland about 35 mi (or 56 km) north-east of Bern, the country's capital town.

Current time in Olten is now 12:52 AM (Tuesday). The local timezone is named Europe / Zurich with an UTC offset of 2 hours. We know of 12 airports closer to Olten, of which 5 are larger airports. The closest is airport we know is EuroAirport Basel-Mulhouse-Freiburg Airport in France in a distance of 24 mi (or 39 km). The closest airport in Switzerland is Grenchen Airport in a distance of 26 mi (or 39 km), North-West. Besides the airports, there are other travel options available (check left side).

There are several Unesco world heritage sites nearby. The closest heritage site is Prehistoric Pile dwellings around the Alps in Austria at a distance of 15 mi (or 24 km). The closest in Switzerland is Old City of Berne in a distance of 35 mi (or 24 km), East. We saw 10 points of interest near this location. In need of a room? We compiled a list of available hotels close to the map centre further down the page.

Since you are here already, you might want to pay a visit to some of the following locations: Zofingen, Kaenerkinden, Tenniken, Zunzgen and Oberhof. To further explore this place, just scroll down and browse the available info. 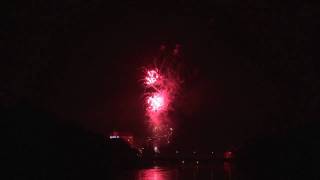 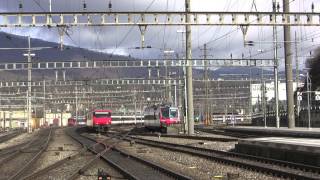 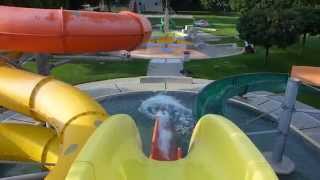 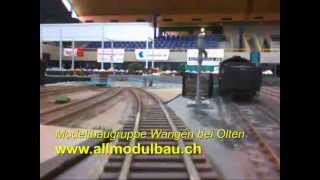 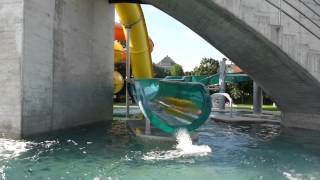 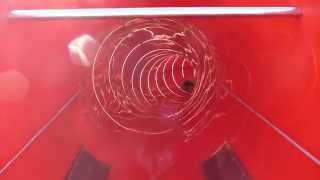 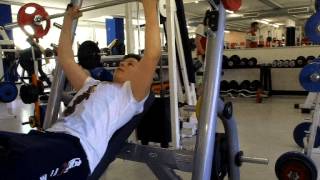 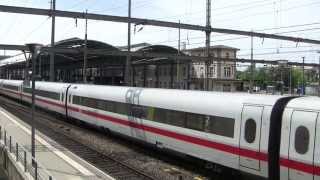 Olten District is one of the ten districts of the canton of Solothurn in Switzerland, situated around the city of Olten. Together with the Gösgen District, it forms the electoral district of Olten-Gösgen. It has a population of 52,175 (as of 31 December 2012).

Unterer Hauenstein Pass (el. 691 m. ) is a mountain pass in the Jura Mountains between the canton of Basel-Country and Solothurn in Switzerland. It connects Buckten in Basel-Country and Trimbach in Solothurn. The pass road has a maximum grade of 6 percent. The pass was probably already used by the Romans. In 1993, Roman artifacts were discovered at the pass. It also lies close to the Roman settlement of Augusta Raurica.

The Wigger (formerly also called Wiggeren) is a river in the Swiss cantons of Lucerne and Aargau. It is an important tributary of the river Aar. The Wigger is around 41 kilometers long and flows from south to north for most of its length. The largest city in the Wigger valley is Zofingen. The river rises from the north slope of the Napf in the canton of Lucerne near the border to the canton of Berne in a height of about 1300 meters. There it is called Enziwigger.

Located at 47.3167, 7.88333 (Lat. / Lng.), about 2 miles away.
Wikipedia Article
Rivers of Switzerland, Geography of Aargau, Geography of the canton of Lucerne, Tributaries of the Aar

Olten station is a major hub railway station in the canton of Solothurn, Switzerland, at the junction of lines to Zürich, Bern, Basel, Lucerne and Biel. As a result, Olten is a railway town and was also the site of the main workshop of the Schweizerische Centralbahn (German: Swiss Central Railway), which became a major workshop for the Swiss Federal Railways.

Aarburg Castle is a castle in the municipality of Aarburg in the canton of Aargau in Switzerland. It is located high above the Aarburg on a steep, rocky hillside. The castle was built around a medieval castle, which controlled the narrow point on the Aare river and served as the seat of Aarburg Vogt. It is classified as a Swiss heritage site of national significance. Today it houses the Kantonale Jugendheim, for holding and rehabilitating juvenile offenders.

Frohburg Castle is a castle in the municipality of Trimbach of the Canton of Solothurn in Switzerland. It is a Swiss heritage site of national significance.

These are some bigger and more relevant cities in the wider vivinity of Olten.