Winterthur
in Bezirk Winterthur of Canton of Zurich, Switzerland

Winterthur in Bezirk Winterthur (Canton of Zurich) with it's 91,908 inhabitants is located in Switzerland about 71 mi (or 115 km) north-east of Bern, the country's capital.

Local time in Winterthur is now 11:54 AM (Sunday). The local timezone is named Europe / Zurich with an UTC offset of 2 hours. We know of 10 airports in the wider vicinity of Winterthur, of which 3 are larger airports. The closest airport in Switzerland is Zürich Airport in a distance of 9 mi (or 14 km), West. Besides the airports, there are other travel options available (check left side).

There are several Unesco world heritage sites nearby. The closest heritage site is Monastic Island of Reichenau in Germany at a distance of 21 mi (or 33 km). The closest in Switzerland is Abbey of St Gall in a distance of 31 mi (or 33 km), North-East. We found 10 points of interest in the vicinity of this place. If you need a place to sleep, we compiled a list of available hotels close to the map centre further down the page.

Depending on your travel schedule, you might want to pay a visit to some of the following locations: Grossandelfingen, Pfaffikon, Uster, Frauenfeld and Bulach. To further explore this place, just scroll down and browse the available info. 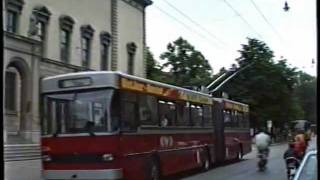 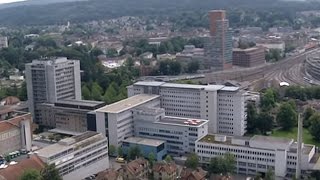 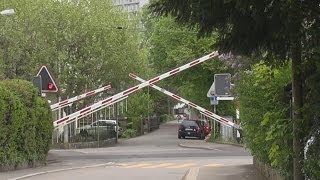 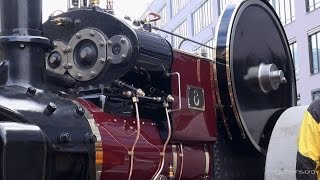 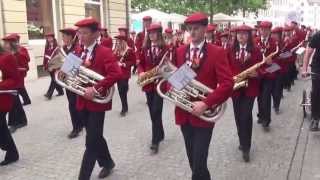 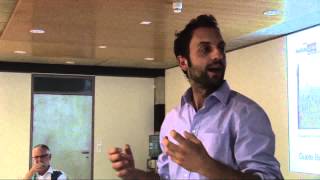 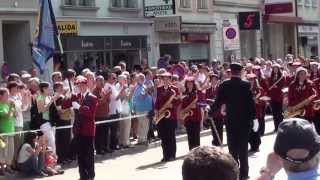 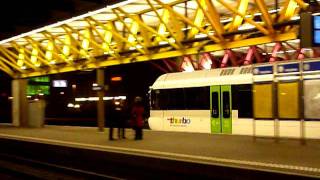 Altstadt is the German language word for "old town", meaning "historical city centre within the city wall", in contrast to younger suburbs outside. Neustadt (new town), the logical opposite of "Altstadt", mostly stands for a part of the "Altstadt" in modern sense, sometimes only few years younger than the oldest part, sometimes a late medieval enlargement.

Eulachhalle is an arena in Winterthur, Switzerland. It is primarily used for team handball and is the home arena of Pfadi Winterthur and Yellow Winterthur. Eulachhalle holds 2,300 people. In 2008, the arena was the host of the finals of the men's and women's EuroFloorball Cup final rounds. The Arena has also twice been the host of the UCI Indoor Cycling World Championships, in 1997 and 2007. At the 2007 world championships there was a record number of 3,280 spectators in the arena.

Veltheim is a district in the Swiss city of Winterthur. It is district number 5. The district comprises the quarters Rosenberg and Blumenau. Veltheim was formerly a municipality of its own, but was incorporated into Winterthur in 1922.

Stadt is a district in the Swiss city of Winterthur. It is district number 1, thus mainly comprising the original city. The district comprises the quarters Altstadt, Lind, Heiligberg, Tössfeld, Brühlberg and Neuwiesen.

Rosenberg is a quarter in the district 5 of Winterthur. It was formerly a part of Veltheim municipality, which was incorporated into Winterthur in 1922. {{#invoke:Coordinates|coord}}{{#coordinates:47|30|37|N|8|43|23|E|region:CH |primary |name= }} 19px This Canton of Zurich location article is a stub. You can help Wikipedia by expanding it. vte Template:Portal:Switzerland/Stub

Stadion Schützenwiese is a football stadium in Winterthur, Switzerland. It is the home ground of FC Winterthur and has a capacity of 14,987. Due to security reasons it has a reduced capacity of 8,550. The stadium has 1,100 covered seats, 800 uncovered seats and 6,650 standing places.

Located at 47.5014, 8.71639 (Lat. / Lng.), about 0 miles away.
Wikipedia Article
Winterthur, Football venues in Switzerland, Buildings and structures in the canton of Zurich

Kunstmuseum Winterthur is an art museum in Winterthur, Switzerland run up today by the local Kunstverein, founded in CHK. From its beginnings, the activities of the Kunstverein Winterthur were monitoring "contemporary art" - then Impressionism, Post-Impressionism and especially Les Nabis, up to post-WWII and nowadays most recent positions like Richard Hamilton, Mario Merz and Gerhard Richter.

Located at 47.5014, 8.73028 (Lat. / Lng.), about 0 miles away.
Wikipedia Article, Homepage
Art museums and galleries in Switzerland, Museums in the canton of Zurich, Winterthur, Museums established in 1915

Am Römerholz or the Oskar Reinhart Collection is an art museum in the Swiss town of Winterthur. It is housed in a 1915 building by Maurice Turrettini, commissioned by Oskar Reinhart to create a home for his art collection.

Located at 47.5111, 8.73167 (Lat. / Lng.), about 1 miles away.
Wikipedia Article
Art museums and galleries in Switzerland, Winterthur, Buildings and structures completed in 1915, Museums in the canton of Zurich, Museums established in 1915

Fotomuseum Winterthur is a museum of photography in Winterthur, Switzerland.

The Winterthur tramway network was part of the public transport network of the city of Winterthur, in the canton of Zürich, Switzerland, for more than 50 years. Opened in 1898, the network also served the neighbouring communities of Töss, Wülflingen, Oberwinterthur and Seen, all of which were incorporated into the municipality of Winterthur in 1922.

These districts belong to Winterthur.

These are districts that are close by, but belong to a different city than Winterthur.

These are some bigger and more relevant cities in the wider vivinity of Winterthur.