Schaffhausen in Bezirk Schaffhausen (Canton of Schaffhausen) with it's 33,863 inhabitants is a city in Switzerland about 76 mi (or 122 km) north-east of Bern, the country's capital.

Local time in Schaffhausen is now 07:23 PM (Saturday). The local timezone is named Europe / Zurich with an UTC offset of 2 hours. We know of 10 airports in the vicinity of Schaffhausen, of which 3 are larger airports. The closest airport in Switzerland is Zürich Airport in a distance of 17 mi (or 27 km), South. Besides the airports, there are other travel options available (check left side).

There are several Unesco world heritage sites nearby. The closest heritage site is Monastic Island of Reichenau in Germany at a distance of 20 mi (or 32 km). The closest in Switzerland is Abbey of St Gall in a distance of 39 mi (or 32 km), East. We found 8 points of interest in the vicinity of this place. If you need a place to sleep, we compiled a list of available hotels close to the map centre further down the page.

Depending on your travel schedule, you might want to pay a visit to some of the following locations: Jestetten, Lottstetten, Grossandelfingen, Diessenhofen and Gottmadingen. To further explore this place, just scroll down and browse the available info. 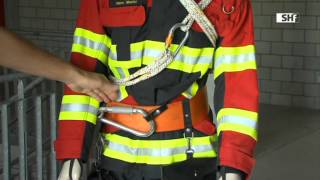 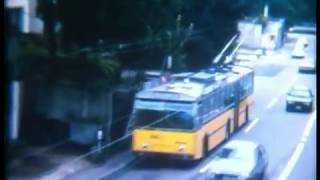 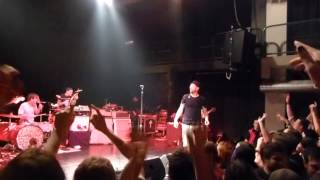 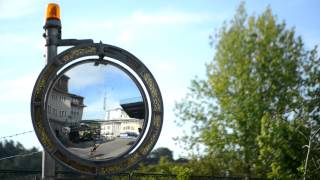 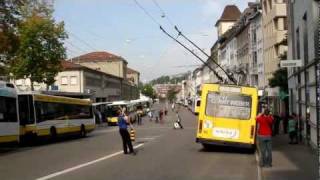 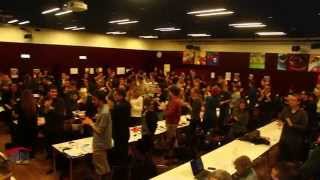 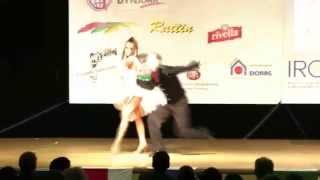 The Rhine Falls is the largest plain waterfall in Europe. The falls are located on the Upper Rhine between the municipalities of Neuhausen am Rheinfall and Laufen-Uhwiesen, near the town of Schaffhausen in northern Switzerland, between the cantons of Schaffhausen and Zürich. They are 150 m (450 ft) wide and 23 m (75 ft) high. In the winter months, the average water flow is 250 m³/s, while in the summer, the average water flow is 700 m³/s.

The Cholfirst Tunnel is a tunnel in Switzerland, and forms part of the Autostrasse A4. The tunnel is 1.26 km long and has three lanes (two heading for Zurich, and one heading for Schaffhausen). There is no central reservation. It lies in the northern canton of Zuerich. Construction of the tunnel was completed in 1996.

Located at 47.688, 8.632 (Lat. / Lng.), about 1 miles away.
Wikipedia Article
Tunnels in Switzerland, Buildings and structures in the canton of Zurich, Tunnels completed in 1996

Stadion Breite is a multi-purpose stadium in Schaffhausen, Switzerland. It is currently used mostly for football matches and is the home ground of FC Schaffhausen. The current capacity of the stadium is 7,300. The stadium has 1,028 covered seats, 262 uncovered seats and 6,010 standing places.

Located at 47.704, 8.626 (Lat. / Lng.), about 1 miles away.
Wikipedia Article
Football venues in Switzerland, Buildings and structures in the canton of Schaffhausen, Multi-purpose stadiums in Switzerland

The Hallen für Neue Kunst is a museum for contemporary art, especially New Art (since 1965). It is located in the Swiss city of Schaffhausen, right on the banks of the river Rhine. The Hallen was founded and established in 1982/83 by the artist Urs Raussmüller. Being convinced that New Art needed time and space to unfold its impact, he created a permanent situation for major, predominantly large-scale works by American and European artists that have been shown (1984).

Neuhausen is a railway station in the Swiss canton of Schaffhausen and municipality of Neuhausen am Rheinfall.

These districts belong to Schaffhausen.

These are districts that are close by, but belong to a different city than Schaffhausen.

These are some bigger and more relevant cities in the wider vivinity of Schaffhausen.