Prater
District of Vienna
in Wien Stadt of Vienna, Austria

The district Prater of Vienna in Wien Stadt (Vienna) is a subburb in Austria and is a district of the nations capital.

While being here, you might want to pay a visit to some of the following locations: Schwechat, Leopoldsdorf, Lanzendorf, Gerasdorf bei Wien and Hennersdorf. To further explore this place, just scroll down and browse the available info. 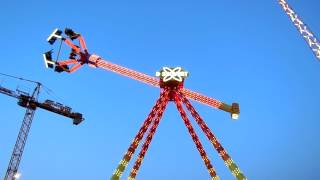 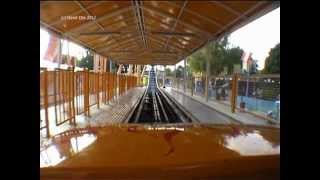 Front seat POV on the Boomerang coaster at Prater Park...the ride was the usual painful experience, although the addition of a tunnel was something I hadn't seen before. Filmed in 2005 during... 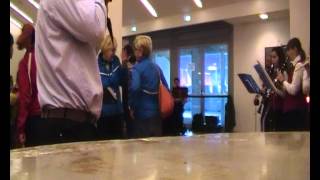 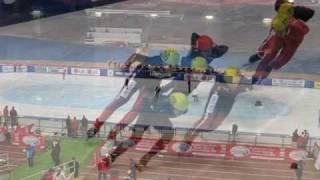 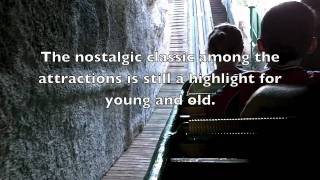 A ride on Vienna's oldest roller coaster is an absolute must for visitors to the Prater -- the nostalgic classic among the attractions is still a highlight for young and old. On this journey... 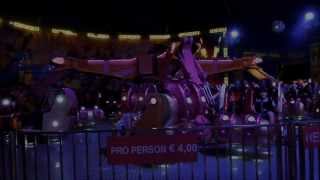 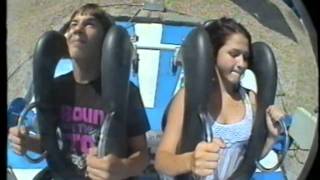 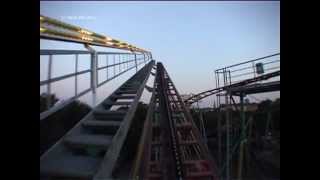 This is the Super 8 Bahn, which was pretty good for a Pinfari steel coaster. Filmed during the 2005 European Coaster Club Rhapsody Trip of Hungary, Austria and Italy. David Ellis - Roller Coasters,... 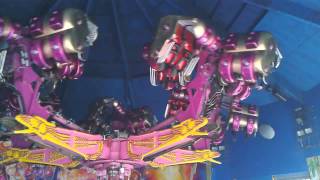 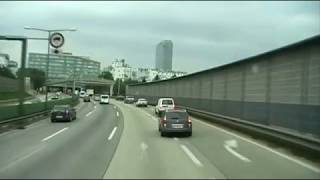 Kugelmugel is a former micronation located in Vienna, Austria. Located in Vienna Prater, the Republic of Kugelmugel declared independence in 1984, after disputes between artist Edwin Lipburger and Austrian authorities over building permits for the ball-shaped house which he built in the countryside in Lower Austria and which was moved into the park by the authorities. The house is enclosed by a barbed-wire fence and is the only address within the proclaimed Republic.

Located at 48.2153, 16.3956 (Lat. / Lng.), about 1 miles away.
Wikipedia Article, Homepage
Buildings and structures in Vienna, Micronations, Micronations in Austria, 1984 establishments in Austria

The Wiener Riesenrad (German for "Viennese giant wheel"), or Riesenrad, is a 64.75-metre tall Ferris wheel at the entrance of the Prater amusement park in Leopoldstadt, the 2nd district of Austria's capital Vienna. It is now one of Vienna's most popular tourist attractions, and symbolises the district as well as the city for many people.

The Wurstelprater is an amusement park and section of the Wiener Prater (a park) in the second district of Vienna, Leopoldstadt. This institution dates back to the time of the Austrian Empire, when Emperor Josef II. made the Prater (which has been serving as Imperial hunting ground until then) open to public in 1766. Soon the first snack bars, stalls and bowling alleys opened up on the grounds and the Wurstelprater was born. The best-known attraction is the Wiener Riesenrad, a Ferris wheel.

Located at 48.2161, 16.3956 (Lat. / Lng.), about 1 miles away.
Wikipedia Article
Visitor attractions in Vienna, Amusement parks in Austria, Buildings and structures in Leopoldstadt

Palais Rasumofsky is a palace in Vienna, Austria. The palace was commissioned by Prince Andrey Kyrillovich Razumovsky as a Neoclassic embassy worthy of the representative of Alexander I. It was built at the prince's own expense and to the designs of Louis Montoyer, in Landstraße, close to the city center of Vienna. He filled it with antiquities and modern works of art. On New Year's Eve 1814, the prince held a glittering ball with the new Tsar Nicholas I as guest of honour.

Wien Praterstern (German for Vienna Praterstern) is one of Vienna's main railway stations, being used by 35,000 people daily. It is located on the roundabout Praterstern in Leopoldstadt, in the north of the city. Vienna's two most recognisable structures, the Wiener Riesenrad and the Stephansdom (cathedral) are both visible from the platforms.

The Schweizerhaus is a Viennese restaurant, rich in tradition, that is inseparably linked with the Prater, a large public area and park in Vienna, Austria's capital.

Located at 48.2139, 16.4011 (Lat. / Lng.), about 1 miles away.
Wikipedia Article, Homepage
Drinking establishments in Austria, Restaurants in Vienna, Companies based in Vienna, Buildings and structures in Leopoldstadt

The Sofiensaal was a concert hall and recording venue in Vienna, Austria. It was situated on Marxergasse, in the city's third district of Landstraße. It burned down on 16 August 2001, although the facade of the building is still intact.

Located at 48.2067, 16.3906 (Lat. / Lng.), about 1 miles away.
Wikipedia Article
Buildings and structures in Landstraße, Cultural venues in Vienna, Concert halls in Austria, Cultural infrastructure completed in 1826

The Museum of Art Fakes is a museum of faked and forged artworks that opened in Vienna, Austria in 2005. This small, privately run museum in the Landstraße district is the only one of its kind in the German-speaking world. The exhibits include works by the renowned Vermeer-forger Han van Meegeren and the British art restorer Tom Keating, who claimed to have faked over 2,000 works by more than 100 different artists and deliberately inserted "time bombs" and anachronisms into his paintings.

Located at 48.217, 16.3895 (Lat. / Lng.), about 1 miles away.
Wikipedia Article, Homepage
Hotels in Vienna, Buildings and structures in Leopoldstadt, Visitor attractions in Vienna, Hotel buildings completed in 1838, Hotels established in 1838