Linz in Linz Stadt (Oberösterreich) with it's 181,162 inhabitants is located in Austria about 96 mi (or 155 km) west of Vienna, the country's capital.

Local time in Linz is now 11:03 AM (Thursday). The local timezone is named Europe / Vienna with an UTC offset of 2 hours. We know of 11 airports in the wider vicinity of Linz, of which 5 are larger airports. The closest airport in Austria is Linz Airport in a distance of 7 mi (or 11 km), South-West. Besides the airports, there are other travel options available (check left side).

There are several Unesco world heritage sites nearby. The closest heritage site is Historic Centre of Český Krumlov in Czechia at a distance of 35 mi (or 57 km). The closest in Austria is Wachau Cultural Landscape in a distance of 53 mi (or 57 km), North. If you need a place to sleep, we compiled a list of available hotels close to the map centre further down the page.

Depending on your travel schedule, you might want to pay a visit to some of the following locations: Leonding, Altenberg bei Linz, Eidenberg, Kirchschlag bei Linz and Ottensheim. To further explore this place, just scroll down and browse the available info.

Scenes from various locations around the Linz Tramway Network. 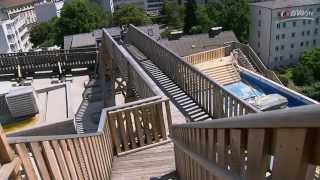 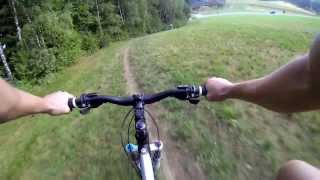 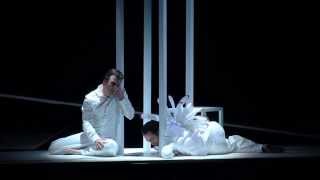 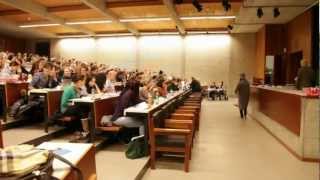 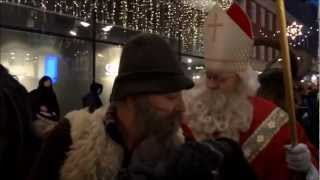 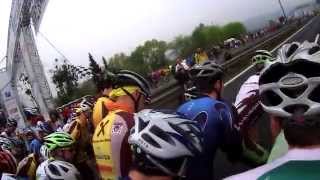 As usual my club (guys and girls in green skinsuits) took the trip to Linz for our anual Linz Marathon inline speed skating race. This year Ana Odlazek got to 3rd place overall and on podium... 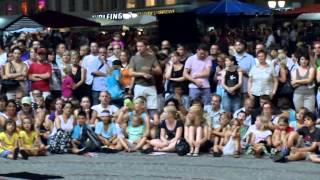 Linz in a mirror 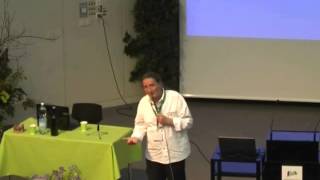 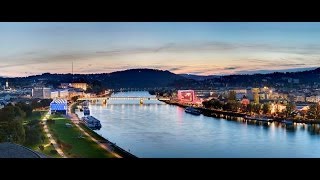 Ars Electronica is an organization based in Linz, Austria, founded in 1979 around a festival for art, technology and society that was part of the International Bruckner Festival. Herbert W. Franke is one of its founders. It became its own festival and a yearly event in 1986. Its director until 1995 was Peter Weibel. Since 1995 Gerfried Stocker has been the artistic director of Ars Electronica.

Located at 48.31, 14.284 (Lat. / Lng.), about 0 miles away.
Wikipedia Article
Festivals in Austria, Austrian culture, Computer art, Organisations based in Austria

Located at 48.3156, 14.2853 (Lat. / Lng.), about 1 miles away.
Wikipedia Article
Anton Bruckner, Universities and colleges in Austria, Buildings and structures in Linz, Music schools in Austria, Educational institutions established in 2004

The Catholic-Theological Private University Linz is one of four universities in Linz, the capital of Upper Austria, with approximately 500 students enrolled. Its roots go back to 1672 and it is a Papal faculty since 1978. It is an accredited private university but its tuition fees currently (as of December 2004) match those of Austria's public universities.

The Battle of Ebelsberg, known in French accounts as the Battle of Ebersberg, was fought on 3 May 1809 during the War of the Fifth Coalition, part of the Napoleonic Wars. The Austrian left wing under the command of Johann von Hiller took up positions at Ebersberg on the Traun river. The French under André Masséna attacked, crossing a heavily defended 550-meter-long bridge and subsequently conquering the local castle, thus forcing Hiller to withdraw.

As the successor of the New Gallery of the City of Linz, the Lentos Art Museum, which opened in May 2003, is among the most important museums of modern art in Austria. The clear and coherent structural design, created by the Zurich architects Weber & Hofer, provides Linz with a museum of art of international status, positioned in the urban context.

Located at 48.3086, 14.2894 (Lat. / Lng.), about 0 miles away.
Wikipedia Article
Art museums and galleries in Austria, Buildings and structures in Linz, Museums in Upper Austria, Art museums established in 2003, 2003 establishments in Austria, Visitor attractions in Linz

The Hotel Schiff is a hotel in Linz. In 1934 it was the starting point of the Austrian Civil War. The Gasthof Zum Goldenen Schiff was built in 1788 on a site which had been used since 1563 by the Brethren of the Poor.

The Pflasterspektakel is an annual street art festival in Linz, the capital of Upper Austria. It includes musical acts, juggling, acrobatics, pantomime, improvisational theatre, clownery, fire dancing, painting, samba parades, as well as a programme for children, and is held on three days in July in and around the main square and the Landstraße. In 2010, about 400 artists from over forty nations participated in the event.

The Atelierhaus Salzamt is a cultural institution in the city of Linz, Austria since mid 2009. Their goal is to promote international artist exchange programs in the field of fine arts. The house, emerged from the former “Salzstadl”, is centrally located directly at the Danube and is used as a residence and work opportunity for local and foreign artists. The house offers among other things 5 apartments, 9 studios and an exhibition hall.

Located at 48.3064, 14.2832 (Lat. / Lng.), about 0 miles away.
Wikipedia Article
Buildings and structures in Linz, Austrian culture, Visitor attractions in Linz, Art museums and galleries in Austria

These districts belong to Linz.

These are districts that are close by, but belong to a different city than Linz.

These are some bigger and more relevant cities in the wider vivinity of Linz.