Castlemaine in Mount Alexander (Victoria) with it's 6,604 habitants is located in Australia about 300 mi (or 483 km) south-west of Canberra, the country's capital town.

Current time in Castlemaine is now 01:32 AM (Friday). The local timezone is named Australia / Melbourne with an UTC offset of 10 hours. We know of 8 airports close to Castlemaine, of which one is a larger airport. The closest airport in Australia is Melbourne International Airport in a distance of 54 mi (or 87 km), South-East. Besides the airports, there are other travel options available (check left side).

There is one Unesco world heritage site nearby. It's Royal Exhibition Building and Carlton Gardens in a distance of 73 mi (or 118 km), North-East.

While being here, you might want to pay a visit to some of the following locations: Melbourne, Hay, Currie, Loxton and . To further explore this place, just scroll down and browse the available info.

Take a steam train ride through the historic goldfields town of Castlemaine. Stay a while and uncover the diverse attractions, from colourful markets and world-class arts festival to the thriving... 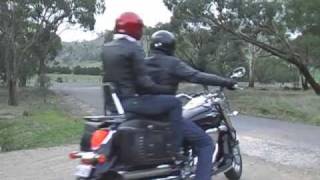 Short Motorcycle trip to Castlemaine's Restorers Barn and back to bendigo via Mount Alexander. Just a bit of testing out the video camera. 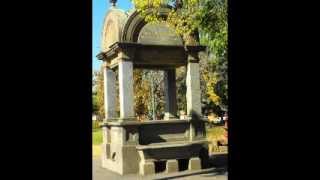 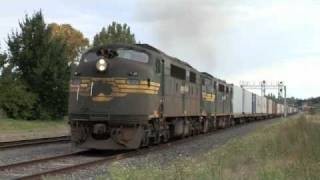 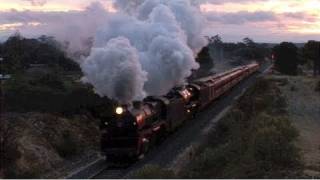 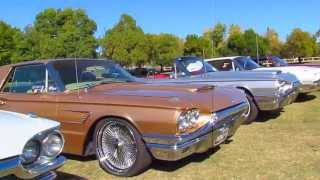 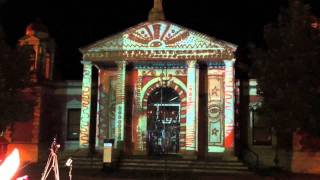 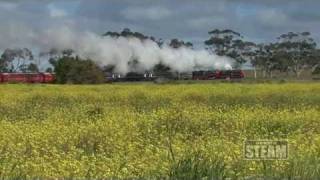 On October 9th 2010, R761 leading R707 to Castlemaine. Through the fields before Diggers Rest, storming Macedon station, racing toward Malmsbury and then arriving at Castlemaine just after... 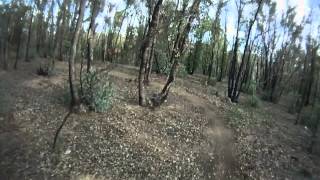 Trail info at www.bancoora.com. This video covers the Walmer Forest (Wattle Flat) network of trails at Castlemaine. Trails are centred around a few peaks within the reserve and have a nice... 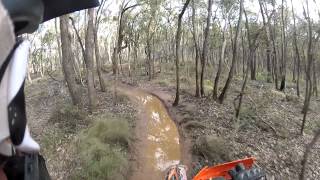 Castlemaine is a small city in Victoria, Australia, in the Goldfields region of Victoria about 120 kilometres northwest by road from Melbourne, and about 40 kilometres from the major provincial centre of Bendigo. It is the administrative and economic centre of the Shire of Mount Alexander. The population at the 2011 Census was 9124 (including surrounding areas of Chewton and Campbells Creek). It was named by chief goldfield commissioner, Captain W.

The Shire of Mount Alexander is a local government area in Victoria, Australia in the central part of the state. The largest town is Castlemaine. Other towns within the shire include: Maldon, Newstead, Harcourt and Taradale. Small villages within the shire include: Vaughan, Fryerstown and Campbells Creek. It was formed in 1995 from the merger of the City of Castlemaine, Shire of Newstead, and most of the Shire of Maldon and Shire of Metcalfe.

The Old Castlemaine Gaol was a prison located in Castlemaine, Victoria, Australia. The prison was modelled on Pentonville; the present building replaced the original, designed by Inspector General John Price, was never occupied. Built in 1861 to house offenders from the goldfields and nearby towns, it served various functions in the penal system before it was closed down and its prisoners transferred to HM Prison Loddon in 1990. Since, it has been used as a hotel and tourist attraction.

style=background:#ccccff |Managed by: |Corrections Victoria |- |} HM Prison Loddon is an Australian medium security prison, located in Central Victoria, Australia, approximately four kilometres from the centre of Castlemaine and about one and a half hours from Melbourne. Loddon is a campus style prison, within a secure perimeter, providing accommodation for 280 medium security prisoners.

The Central Highlands is a region of Victoria. This term is mainly used in a geological context to describe the part of the Great Dividing Range in Victoria that is outside of the Alpine areas. The area is situated east of Ballarat, south of Bendigo, north and east of Melbourne, west of the Alpine areas and includes the Great Dividing Range. Major towns of the highlands include Castlemaine, Creswick, Daylesford, Gisborne, Kyneton and Woodend.

The City of Castlemaine was a local government area about 120 kilometres north-northwest of Melbourne, the state capital of Victoria, Australia, and 38 kilometres south of the regional city of Bendigo. Its area was 23.31 square kilometres and it existed from 1855 until 1995.

Campbells Creek is a town in Victoria, Australia. The town sits on the southern outskirts of Castlemaine on the Midland Highway. The town derives its name from a tributary of the Loddon, Campbells Creek, which flows through the township. At the 2006 Census, Campbells Creek had a population of 1,266. Campbells creek was founded during the gold rush of the 1850's. The Post Office opened on 16 April 1858.

These are some bigger and more relevant cities in the wider vivinity of Castlemaine.