Warragul in Baw Baw (Victoria) with it's 9,127 citizens is a place in Australia about 266 mi (or 428 km) south-west of Canberra, the country's capital city.

Current time in Warragul is now 01:30 AM (Friday). The local timezone is named Australia / Melbourne with an UTC offset of 10 hours. We know of 8 airports near Warragul, of which one is a larger airport. The closest airport in Australia is Latrobe Valley Airport in a distance of 29 mi (or 47 km), East. Besides the airports, there are other travel options available (check left side).

While being here, you might want to pay a visit to some of the following locations: Melbourne, Currie, Hay, Canberra and . To further explore this place, just scroll down and browse the available info. 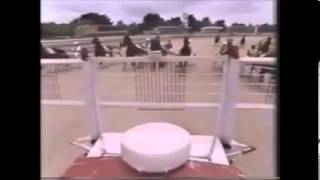 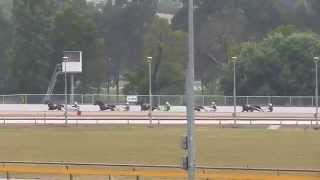 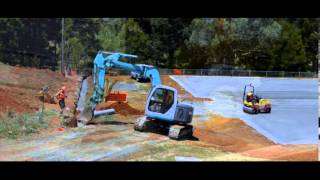 The construction and opening of the courts. We would like to acknowledge the generous support of the St Paul's School Community. 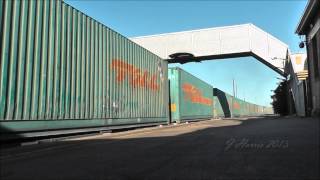 Join Kurnai elder Linda Mullett for a look at the stories behind the pictures in the Jackson's Track photo exhibition, on now at the West Gippsland Arts Centre. http://www.facebook.com/warragulcit...

Flavorite IPM Manager, Karen Swanepoel, demonstrates a form of pest management that is employed in Flavorite glasshouses in Warragul, Victoria. 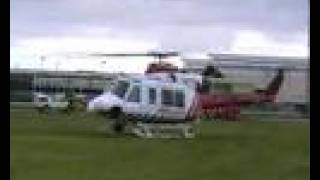 Fly in and shut down, then start up and take off of an Air Ambulance at Warragul Emergency Services Expo.

Warragul is major station on the Bairnsdale V/Line rail service line east of Melbourne serving the town of Warragul, Victoria, Australia. The station is located east of the Alfred Street bridge. The station is located in the zone 6 and 7 overlap of the Myki ticketing system. Warragul was the junction station for the branch line to Neerim South and Noojee, which closed in 1958.

The Warragul Show is agricultural show held on the first Friday and Saturday of March annually since 1885 in Warragul, a town in the West Gippsland region of Victoria in Australia. The show takes place at the Warragul showgrounds, located at Logan Park where the greyhound and harness tracks are also situated. The Warragul Show consists of a carnival with fireworks, rides and a sideshow alley on the preceding Friday evening, whereas most scheduled events take place on the Saturday.

St Paul's Anglican Grammar School is a coeducational Anglican independent school founded in 1982 in Warragul, Victoria, Australia. St Paul's is a member of the GIS and ICCES school association bodies. St Paul's is located across three campuses in Warragul. The main campus is located on Bowen Street and has the Senior (Years 7 - 12) and Junior School Campus (Kindergarten to Year 6).

Marist-Sion College is a coeducational Catholic independent school founded in 1975 in Warragul, Victoria, Australia. Marist-Sion enrols students from towns spanning from Morwell to Pakenham, Neerim District and Ellinbank District. Marist-Sion serves four local parishes; Warragul, Drouin, Trafalgar and Iona/Maryknoll. The College is one of the founding members of the Association of Marist Schools of Australia.

3RPH Warragul (callsign 3RPH/T) is a radio station based in Warragul, Victoria. It is part of the Vision Australia Radio network, a reading and information service for those persons unable to read or easily access information in print. The station is run and operated by volunteers. There is another station in the network with the same 3RPH/T callsign, 3RPH Warrnambool When not broadcasting local programs, the station is a relay of 3RPH in Melbourne.

Western Park is a recreation reserve on the western side of the West Gippsland town of Warragul, Victoria. It is the major sporting events venue in the Baw Baw Shire, followed by Eastern Park and is used by many sporting groups throughout the year. The Venue has a floodlit football oval, Netball Courts, Tennis Courts, BMX Track, Turf Wicket and a section of the 7 km Walking Track that connects Drouin and Warragul runs through the reserve.

West Gippsland Hospital is a regional hospital in Warragul, Victoria, first established in 1888 on land donated by a local resident, Mary Sargeant. The current hospital is an 83-bed facility with 60-bed Cooinda Lodge Nursing Home attached.

These are some bigger and more relevant cities in the wider vivinity of Warragul.

This place is known by different names. Here the ones we know:
Warragul, Уоррагул, واراگل, 伐拉古嘞