Traralgon
in Latrobe of Victoria, Australia

Traralgon in Latrobe (Victoria) with it's 21,960 habitants is a town located in Australia about 247 mi (or 397 km) south-west of Canberra, the country's capital town.

Time in Traralgon is now 11:06 AM (Saturday). The local timezone is named Australia / Melbourne with an UTC offset of 10 hours. We know of 8 airports closer to Traralgon, of which one is a larger airport. The closest airport in Australia is Latrobe Valley Airport in a distance of 4 mi (or 6 km), West. Besides the airports, there are other travel options available (check left side).

Since you are here already, you might want to pay a visit to some of the following locations: Melbourne, Currie, Canberra, Hay and . To further explore this place, just scroll down and browse the available info. 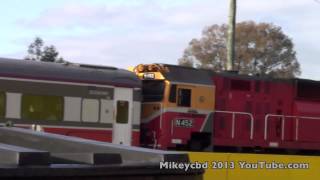 VLine Train and Locomotive heading for Melbourne from Traralgon

This video is about VLine Train heading for Melbourne, this is one of the older carriages being used by vline, they are a bit noisy inside. Train trip is 2 hours approx Flinders Street to...

This video is about Sun Rise Traralgon Monday 23 March 2015 NOW 5 mins ago 15 mins condensed into less than 2 minutes. 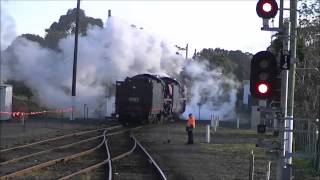 R761 and R707 at Traralgon, coupling up to 13 carriages ready to head back to Melbourne. 13/7/2014 Sorry for the shakiness, was hand held. Hope everyone enjoys. 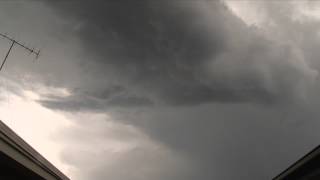 storm brewing in Traralgon with Lightning

This video is about storm brewing in Traralgon with Lightning speeded up in some places and slowed down to see the lightning. 4 mins 31 which was filmed over about 30 mins odd. 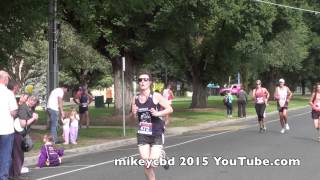 This video is about Traralgon Community Fun Run and Walk Sunday 1 March 2015. 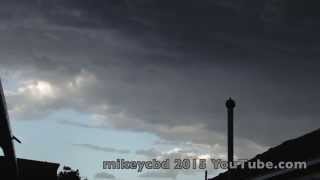 This video is about Traralgon Weather 19 March 2015 with rainbow, it started getting dark and i had a look outside the back door and set my camera up, i had to cover it in plastick bag to stop... 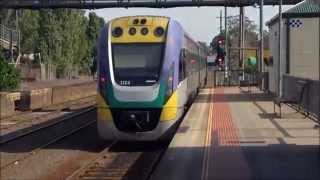 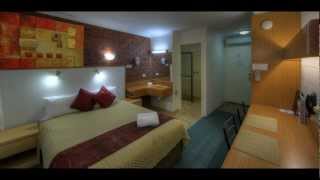 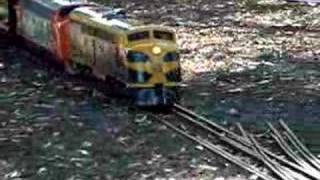 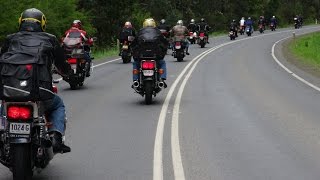 The CBX-6 Club of Australia held its National Rally in Traralgon, Victoria in Late October 2014 and here is a clip of small sections of both rides on the Saturday & Sunday along with some photos...

Traralgon is a major railway station on the Bairnsdale railway line in Traralgon Victoria, Australia. The station is located on the Princes Highway. Passenger are catered for by the Traralgon V/Line rail service. Traralgon was formerly the junction of the cross country branch line to Maffra and Stratford (closed between 1987-1994) and has historically been the Gippsland region's principal operational location. It is located in the Zone 12 and 13 overlap of the Myki ticketing system.

The La Trobe River is a river in Gippsland, Victoria, Australia. It begins in the area between Powelltown and Noojee where it shares a watershed with the Little Yarra River, a tributary of the Yarra River, and has a number of tributaries joining it from the southern slopes of the Baw Baw plateau, part of the Australian Alps. It first flows in an easterly direction, then south, and then east again through the Latrobe Valley into Lake Wellington, one of the Gippsland Lakes.

TRFM (formally 3TRFM) is an Australian radio station operating west of Traralgon, Victoria. It is owned by Ace Radio and shares studios with sister station GOLD 1242, formerly 1242 3GV. The station broadcasts on FM 99.5 MHz from Mount Tassie near Traralgon into Sale and the Latrobe Valley and on FM 99.9 MHz from Mount Taylor into Bairnsdale and East Gippsland.

Traralgon College, previously called Traragon Secondary College, is a co-educational public high school in Gippsland, Victoria, Australia. It consists of two campuses, east and west which are located at either end of the town.

The Shire of Traralgon was a local government area about 160 kilometres east-southeast of Melbourne, the state capital of Victoria, Australia. The shire covered an area of 4,650 square kilometres, and existed from 1879 until 1994. From 1961 onwards, it did not actually administer the town of Traralgon, which was the responsibility of a separate authority.

The City of Traralgon was a local government area about 160 kilometres east-southeast of Melbourne, the state capital of Victoria, Australia, in the Latrobe Valley region. The City covered an area of 22.37 square kilometres, and existed from the time of its severance from the Shire of Traralgon in 1961 until 1994.

Traralgon Showground is a cricket ground in Traralgon, Victoria, Australia. The first recorded match held on the ground came when WSC Australia played WSC Cavaliers in the 1978 World Series Cricket. A List A match was held there in the 2007–08 Ford Ranger Cup between Victoria and South Australia, which Victoria won by 4 wickets.

These are some bigger and more relevant cities in the wider vivinity of Traralgon.