Frankston East in Frankston (Victoria) with it's 34,457 citizens is a town in Australia about 296 mi (or 477 km) south-west of Canberra, the country's capital city.

Current time in Frankston East is now 12:30 AM (Friday). The local timezone is named Australia / Melbourne with an UTC offset of 10 hours. We know of 8 airports near Frankston East, of which one is a larger airport. The closest airport in Australia is Melbourne Moorabbin Airport in a distance of 11 mi (or 18 km), North. Besides the airports, there are other travel options available (check left side).

QUEST FRANKSTON ON THE BAY

Frankston City Council would like to congratulate the winners and nominees, involved in its first ever Education Awards, which was held at the Arts Centre. The Deputy Mayor, Councillor Rebekah... 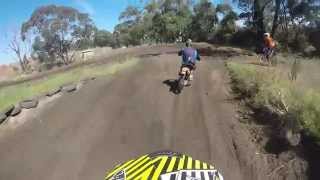 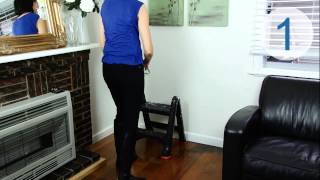 Wall Vent is a patented product designed and manufactured in Frankston City to keep older houses warm in winter and cool in summer. Check out www.wallventseal.com.au. 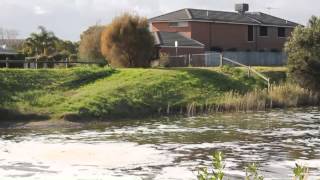 There is abundance of marine life along the coast of the Frankston City municipality including dolphins and the occasional humpback whale. However living clo...

The Turning of the Sod was attended to commence construction of the Frankston Park Function Centre, a two-storey facility with picturesque views of Port Phil...

Kananook is an unmanned railway station on the Frankston railway line in Melbourne, Australia, situated between the Frankston Freeway and Wells Road in Seaford. The station has one central island platform and is located in Metlink ticketing Zone 2. It is named after nearby Kananook Creek.

Frankston is a railway station located on Young Street in Frankston, Victoria, Australia. It is the terminus of the suburban Frankston railway line, however diesel railcar services extend to the greater metropolitan area on the Stony Point railway line beyond. It is a Zone 2 railway station with an island platform.

John Paul College is a Catholic secondary school in Frankston, Victoria, Australia. It was established under the authority of the Archbishop of Melbourne and operated on his behalf by the parish priests of the five member parishes of the region — Frankston, Frankston East, Langwarrin, Chelsea and Seaford, through the College Board.

Bayside Shopping Centre is a super regional shopping centre located in Frankston CBD, approximately 40 km south of Melbourne, Victoria. It is the largest shopping centre on the Mornington Peninsula. The centre features up to 260 retailers including: Myer, Target, Kmart, Coles and a Woolworths.

The City of Frankston was a local government area located about 40 kilometres south of Melbourne, the state capital of Victoria, Australia. The shire covered an area of 70.96 square kilometres in and around Frankston, and existed from 1860 until 1994.

The Frankston Arts Centre is a landmark theatre and art gallery in the outer Melbourne locality of Frankston in Australia. It was opened by then Prime Minister of Australia, Paul Keating, on 20 May 1995. The Centre plays host to a number of major performances, including regular shows by the Melbourne Symphony Orchestra and Victorian Opera, and is a tour venue for the Melbourne International Film Festival, Opera Australia and a number of national theatre companies.

Frankston Park is a regional Australian rules football ground located in Frankston, Victoria in Australia. It is home to the VFL team, the Frankston Dolphins, and is a planned secondary ground of the AFL team, the St Kilda Saints, when they relocate their training base to Frankston's Belverdere Park in 2010.

These are some bigger and more relevant cities in the wider vivinity of Frankston East.

This place is known by different names. Here the ones we know:
Frankston East, Френкстон