Collbató
in Barcelona of Catalonia, Spain

Collbató in Barcelona (Catalonia) with it's 3,290 habitants is located in Spain about 299 mi (or 481 km) east of Madrid, the country's capital town.

Current time in Collbató is now 07:56 PM (Sunday). The local timezone is named Europe / Madrid with an UTC offset of 2 hours. We know of 9 airports close to Collbató, of which 3 are larger airports. The closest airport in Spain is Sabadell Airport in a distance of 15 mi (or 24 km), East. Besides the airports, there are other travel options available (check left side).

There are several Unesco world heritage sites nearby. The closest heritage site in Spain is Works of Antoni Gaudí in a distance of 20 mi (or 32 km), South-East. We encountered 8 points of interest near this location. If you need a hotel, we compiled a list of available hotels close to the map centre further down the page.

While being here, you might want to pay a visit to some of the following locations: Esparreguera, Masquefa, Sant Llorenc d'Hortons, Viladecavalls and Sant Salvador de Guardiola. To further explore this place, just scroll down and browse the available info. 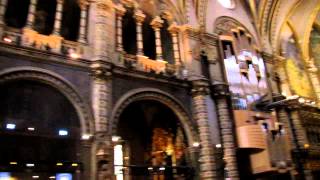 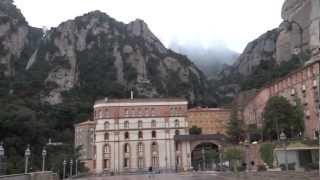 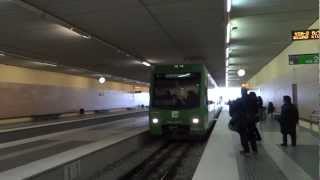 The Montserrat Rack Railway is a mountain railway line north of Barcelona in Catalonia, Spain. The line runs from Monistrol de Montserrat to the mountain-top monastery of Montserrat. The line... 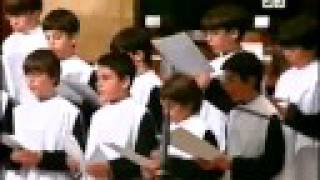 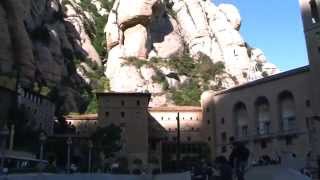 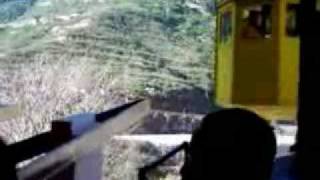 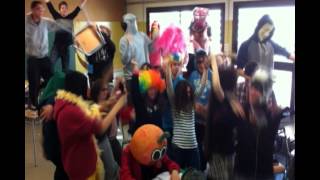 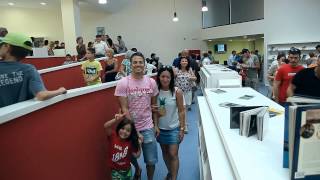 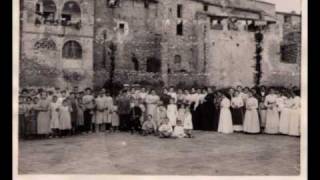 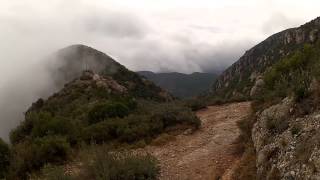 The Montserrat Rack Railway is a mountain railway line north of Barcelona in Catalonia, Spain. The line runs from Monistrol de Montserrat to the mountain-top monastery of Montserrat. The line is 5 km long and has a rail gauge of 1. The first 1 km of the line, between Monistrol and the only intermediate station at Monistrol Vila, is operated by conventional adhesion.

The Funicular de Sant Joan ("Saint John Funicular railway") is a funicular railway at Montserrat, near Barcelona in Catalonia, Spain. The line connects the monastery, and the upper terminus of the Montserrat Rack Railway, with sacred sites, walking trails and viewpoints higher up the mountain. With a maximum gradient of 65%, it is the steepest funicular in Spain.

The Funicular de Santa Cova, or Santa Cova funicular railway, is a funicular railway at Montserrat, near Barcelona in Catalonia, Spain. The line descends from the monastery, and the upper terminus of the Montserrat Rack Railway, on a continuous curve to a lower station that gives access, via a path, to Santa Cova, a shrine lower down the mountain.

The Aeri de Montserrat is an aerial cable car which provides one of the means of access to the Montserrat mountain and abbey. It can be found near the city of Barcelona, Catalonia. The line runs from the monastery to the station of Montserrat-Aeri, on the Ferrocarrils de la Generalitat de Catalunya (FGC) line from Barcelona-Plaça d'Espanya station to Manresa.

Located at 41.5932, 1.83714 (Lat. / Lng.), about 2 miles away.
Wikipedia Article
Monasteries in Catalonia, Benedictine monasteries in Spain, Basilica churches in Spain

In the Battle of Montserrat (29 July 1811) a force of Spanish irregulars led by Joaquín Ibáñez Cuevas y de Valonga, Baron de Eroles defended Montserrat Mountain against two Imperial French divisions under the command of Marshal Louis Gabriel Suchet. The minor action occurred during the Peninsular War, part of the Napoleonic Wars. The battle was fought near the Santa Maria de Montserrat Monastery, which is located on the mountain 36 kilometres northwest of Barcelona, Spain.

These are some bigger and more relevant cities in the wider vivinity of Collbató.

This place is known by different names. Here the ones we know:
Collbató