Nazareth in Northern District with it's 64,800 habitants is a town located in Israel about 64 mi (or 104 km) north of Jerusalem, the country's capital town.

Time in Nazareth is now 07:05 PM (Wednesday). The local timezone is named Asia / Jerusalem with an UTC offset of 2 hours. We know of 10 airports closer to Nazareth, of which 4 are larger airports. The closest airport in Israel is Haifa International Airport in a distance of 17 mi (or 27 km), North-West. Besides the airports, there are other travel options available (check left side).

There are several Unesco world heritage sites nearby. The closest heritage site in Israel is Biblical Tels - Megiddo, Hazor, Beer Sheba in a distance of 10 mi (or 16 km), South-West. We saw 6 points of interest near this location. In need of a room? We compiled a list of available hotels close to the map centre further down the page.

Since you are here already, you might want to pay a visit to some of the following locations: Ash Shunah ash Shamaliyah, Haifa, Al Butayhah, Fiq and Kafr Asad. To further explore this place, just scroll down and browse the available info. 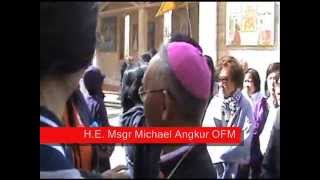 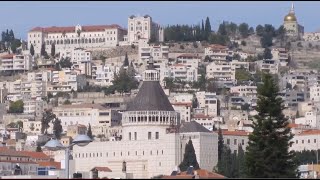 Nazareth city is located in the heart of a valley surrounded by mountains and embraced by dry winds and a unique climate. It is a perfect environment for producing wonderful natural products... 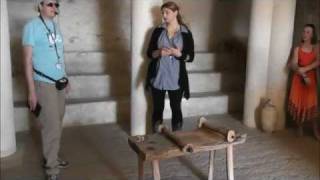 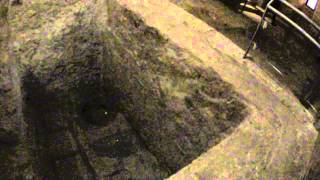 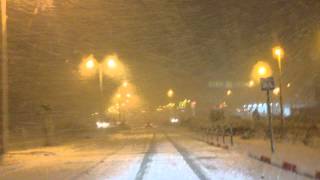 Snow on the way home , Nazareth

Follow Mimi Brookshire and her team on their mission trip to Nazareth. Update #1, Sunday, July 7, 2013. 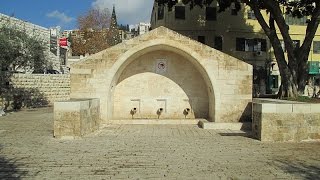 Mary's Well, Nazareth, Israel - the place was used as a Mamluk and Ottoman hammam (Eugenio Alliata) 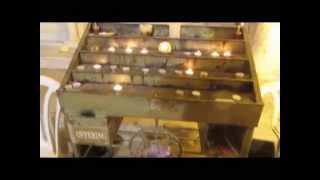 The Synagogue Church at Nazareth - the site where Jesus first learned, prayed and preached 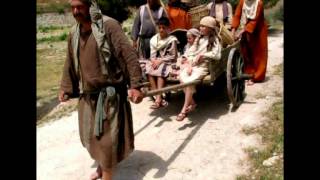 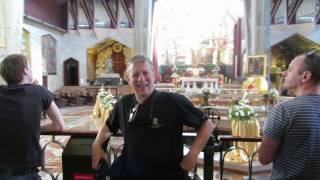 Nazareth - Basilica of Annunciation: a man in a skirt in the upper church

Basilica of the Annunciation

Mary’s Well is reputed to be located at the site where the Angel Gabriel appeared to Mary and announced that she would bear the Son of God - an event known as the Annunciation. Found just below the Greek Orthodox Church of the Annunciation in modern-day Nazareth, the well was positioned over an underground spring that served for centuries as a local watering hole for the Arab villagers.

The White Mosque is the oldest mosque in Nazareth, Israel and is located in Harat Alghama or the "Mosque Quarter" in the center of Nazareth's Old Market. Its exquisite pencil-shaped minaret, cream-coloured walls, green trim and green dome are just one example of the Ottoman architecture common throughout the city.

Greek Orthodox Church of the Annunciation

The Ancient Bath House of Nazareth was discovered in the late 1990s by Elias and Martina Shama during renovations inside their shop near Mary's Well in Nazareth. Archaeologists that examined the bath house have assigned its construction to various periods, the oldest of these being the Greek or Roman period in Palestine.

Mensa Christi is a Roman Catholic church located in Nazareth, in northern Israel.

Christ Church is a Protestant-Anglican church located in the town of Nazareth, Israel. Due to financial troubles the church was never finished: The church has no spire. Nearby lies the famous Church of the Annunciation

Located at 32.7024, 35.296 (Lat. / Lng.), about 1 miles away.
Wikipedia Article
Churches in Nazareth, Anglican congregations established in the 19th century, Anglican churches in Asia

Nazareth Village is an open air museum in Nazareth, Israel, that reconstructs and reenacts village life in the Galilee in the time of Jesus. The village features houses, terraced fields, wine and olive presses all built to resemble those that would have been in a Galilee village in the 1st century. Muslim and Christian living history enactors dress in period costume and show visitors how farm, domestic, and craft work was performed two thousand years ago.

Makam al-Nabi Sain Mosque is a mosque located at a height of 487 meters above sea level, on the northwestern outskirts of Nazareth, Israel. The mosque is located at the height of the ridge height of enclosing the city from north, about 150 meters north - east of the church Hslzianit, with a panoramic view of the Nazareth Jezreel Valley from the south, and the Upper Galilee and Haifa Krayot to the north and west.

St. Joseph's Church is a Franciscan Roman Catholic church in the Old City of Nazareth, modern day Northern Israel. It was built in 1914 over the remains of much older churches. It is located close to the Church of the Annunciation. It was built in the Romanesque Revival style.

The Skhul/Qafzeh hominids or Qafzeh-Skhul early modern humans are human fossils discovered in the Qafzeh and Es Skhul Caves in the former Mandate of Palestine, present-day Israel. Skhul Cave is on the slopes of Mount Carmel. Qafzeh Cave is a rockshelter in Lower Galilee.

These are some bigger and more relevant cities in the wider vivinity of Nazareth.