Ashdod in Southern District with it's 224,656 residents is a town located in Israel about 33 mi (or 54 km) west of Jerusalem, the country's capital place.

Time in Ashdod is now 03:17 PM (Tuesday). The local timezone is named Asia / Jerusalem with an UTC offset of 3 hours. We know of 12 airports nearby Ashdod, of which 5 are larger airports. The closest airport in Israel is Ben Gurion International Airport in a distance of 21 mi (or 33 km), North-East. Besides the airports, there are other travel options available (check left side).

There are several Unesco world heritage sites nearby. The closest heritage site in Israel is Caves of Maresha and Bet-Guvrin in the Judean Lowlands as a Microcosm of the Land of the Caves in a distance of 20 mi (or 32 km), South-East. We collected 8 points of interest near this location. Need some hints on where to stay? We compiled a list of available hotels close to the map centre further down the page.

Being here already, you might want to pay a visit to some of the following locations: Ramla, Tel Aviv, Gaza, Beersheba and Jerusalem. To further explore this place, just scroll down and browse the available info. 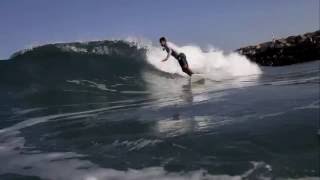 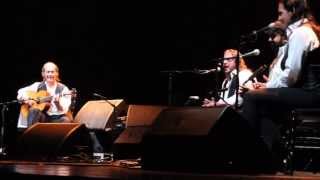 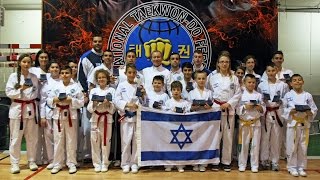 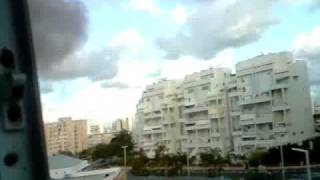 grad rocket fall next to my house in Ashdod 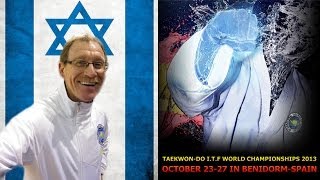 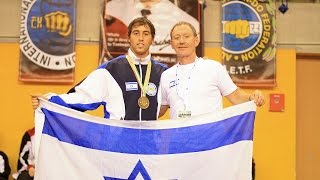 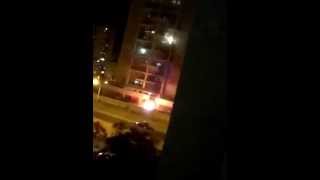 Hamas attack on Ashdod: view from the receiving end.

Hamas attack Israel. ** This video was taken in July 10, 2014, by brave civilian of Ashdod, under attack from Gaza. 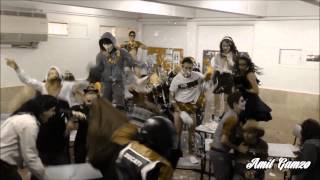 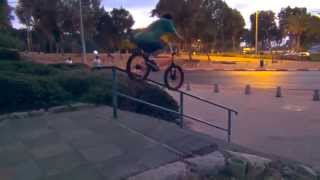 Ashdod-Yam is an Iron Age archaeological site on the Mediterranean coast of Israel in southern part of the modern city of Ashdod and about 5 kilometres southwest of Tel Ashdod (site of one of the ancient cities of the Philistines). The site is mentioned in documents from the time of Sargon II of Assyria when in 713 BCE the Assyrian king speaks of having to depose a usurper who had taken over control of the city of Ashdod and had fortified it, Gath, and Ashdod-Yam.

Blue Marina in Ashdod is one of the newest marinas in Israel. It is located close to the city center in the middle of beach zone. The marina has berths for nearly 550 crafts. The surrounding area is being developed and will have hotels, restaurants, artificial lakes, and promenades. The Blue Marina is a center of for sea sports as well. There are surfing, sailing, and diving schools located onsite. Number of berths: 4.

Lakhish River is a river in Israel that flows into the Mediterranean Sea at the city of Ashdod. It is also known as Wadi Kabiba (inland section) and Wadi Sukhrir (Ashdod section) in Arabic. The basin square is 1,020 km and the length is about 70 km. The river sources are in the southern West Bank and the stream often floods during the rainy season. The river is polluted by industrial waste and sewage, due in part to its location separating the industrial zone and port from the rest of Ashdod.

Located at 31.8015, 34.6721 (Lat. / Lng.), about 1 miles away.
Wikipedia Article
Rivers of Israel, Rivers of the West Bank, Ashdod, Environmental issues in Israel, International rivers of Asia

Ad Halom is a site at the eastern entrance to the city of Ashdod, Israel.

The Yud-Alef Stadium is a football stadium in Ashdod, Israel, that was built for local football sides Ironi Ashdod and Hapoel Ashdod. It was named the Yud-Alef after the eleven Israeli athletes murdered in the Munich massacre. There are four stands in the stadium which is not aesthetically pleasing. The stadium is also thought to be one of the few in the world where the home fans have fewer seats than the visitors.

Kal'at Al Mina is Fatimid citadel in Ashdod-Sea site on the southern coast of modern city of Ashdod. It was built during the Ancient Arab Era (640-1099). The rectangular fortress (60/40 meters) has four guard towers, one at each corner. The towers were enclosed by a wall six to seven meters high. Two huge gates in the wall gave access to the stronghold. The fortress was destroyed in earthquake in 1033.

Ashdod Ad Halom Railway Station (also known as Ashdod Darom) is a railway station in Ashdod, Israel. It is currently served by the Binyamina–Tel Aviv–Ashkelon suburban line. Ashdod Ad Halom Station was opened in June 1995 and was fully rebuilt in 2003. Starting in 1917 a small station also operated at the site during the Mandate period on the Beirut–Cairo line. The station is located in Ad Halom area near the eastern entrance to the city of Ashdod.

The HaKiriya Arena is an indoor sporting arena located in Ashdod, Israel. The arena opened in 2000 and is home for the Maccabi Ashdod and Maccabi Bnot Ashdod basketball club's. Also serves the team of Hapoel Ashdod handball. The arena has 534 permanent seats and 666 seats in removable stands. For basketball games it has a capacity of 1,200, which is reduced to 534 for handball matches. There are plans to build a 5,000-capacity arena near the "Lakhish park", In the north of the city.

These are some bigger and more relevant cities in the wider vivinity of Ashdod.